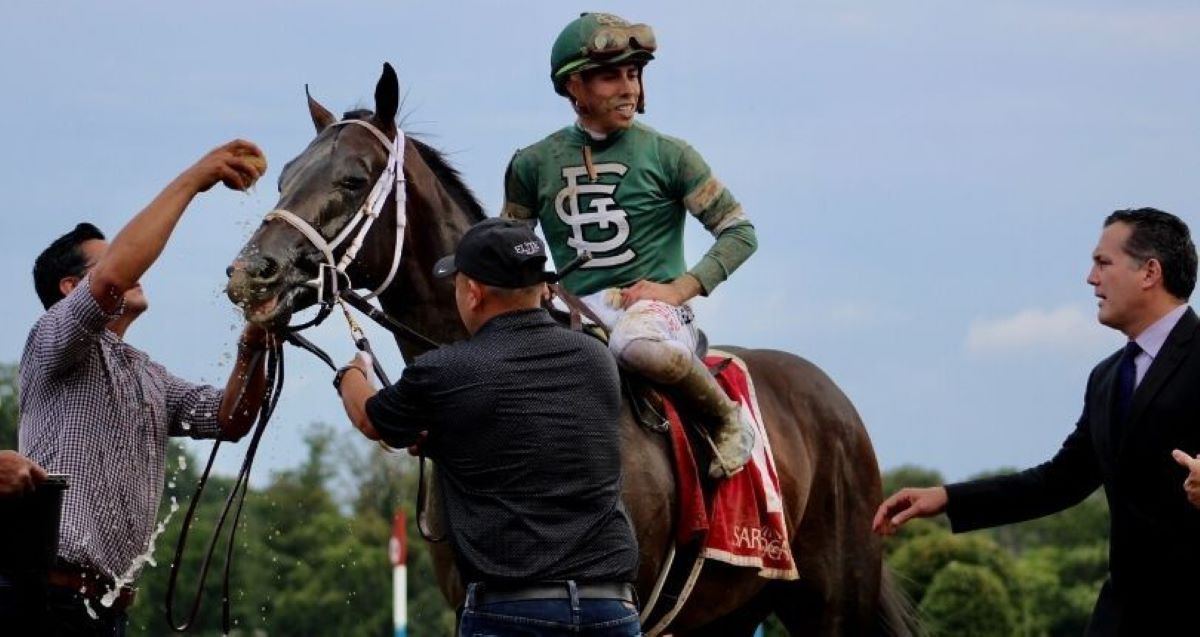 You remember Wow Whata Summer from his 83/1 upset of Pletcher’s previously unbeaten Annapolis two starts ago in the Grade 2 Penn Mile at Penn National. You probably missed his next start, an uninspiring fifth in the Grade 3 Kent Stakes at Delaware Park July 2.

As for Wit, Pletcher moves him to turf despite a 3-1-1 record in six career starts. He’s hit the board in four of his five graded stakes races (2-1-1), including victories in the Grade 3 Sanford at Saratoga and the Grade 3 Bay Shore earlier this year at Aqueduct. One of the earliest 2022 Kentucky Derby prospects off two career-opening wins, Wit finished second to Gunite in the Grade 1 Hopeful. He later finished a non-threatening third to Jack Christopher by nearly 10 lengths in the Grade 1 Champagne last year.

Did Wit find his dirt ceiling?

This year, Wit has that Bay Shore score, coming when he went three-wide and nosed out Highly Respected. He also has his lone out-of-the-money finish: a last-out fourth in the Grade 1 Woody Stephens on the Belmont Stakes undercard. Not that anyone was beating Jack Christopher that day; he won by 10 lengths. But Wit finished closer to last-place Morello (one length) than second-place Pappacap (four lengths).

That got Pletcher’s wheels turning. He enjoyed watching Emmanuel make a successful switch from dirt to grass. That 3-year-old finished third in the Grade 1 Blue Grass, which didn’t stop Pletcher from putting him on turf. In turn, Emmanuel rewarded his connections by winning the Grade 2 Pennine Ridge June 4.

So Pletcher sent Wit off and running on the Oklahoma training turf at Saratoga. His first workout on July 22 produced a bullet 47.95-second half mile breeze that was best of 63 at that distance. Wit worked alongside graded stakes-placed Scottish Star. A subsequent four-furlong breeze eight days later came in at 50.29.

There’s green in that bloodline

“He seemed to really take to the turf. It seemed pretty clear that he took to it,” Pletcher told the New York Racing Association. “It was a good, strong work and an energetic gallop out. It just seemed that he enjoyed himself out there.”

Finally, Pletcher went to the bloodlines. He pointed out Wit, a Practical Joke colt who went for $575,000 in the 2020 Keenland September Yearling Sale, came out of Numero d’Oro. The daughter of Medaglia d’Oro carries plenty of green grass in her red bloodlines. Wit’s great-grandsire on his dam’s side, El Prado, won two Group 1 races in Ireland.

“The Medaglia d’Oro bottom side kind of made you think about (turf),” Pletcher said. “It was mainly just about giving him a try on it. There was enough pedigree that suggested it could work.”

If it does, horseplayers have another intriguing turf contender to consider on the deepening New York grass circuit. One who could challenge Chad Brown’s endless barn of grass standouts.