DraftKings posted a fun prop bet and you can wager on whether or not the Los Angeles Lakers make the playoffs next season, with “yes” paying out -265 odds, and “no” paying out +210 odds. 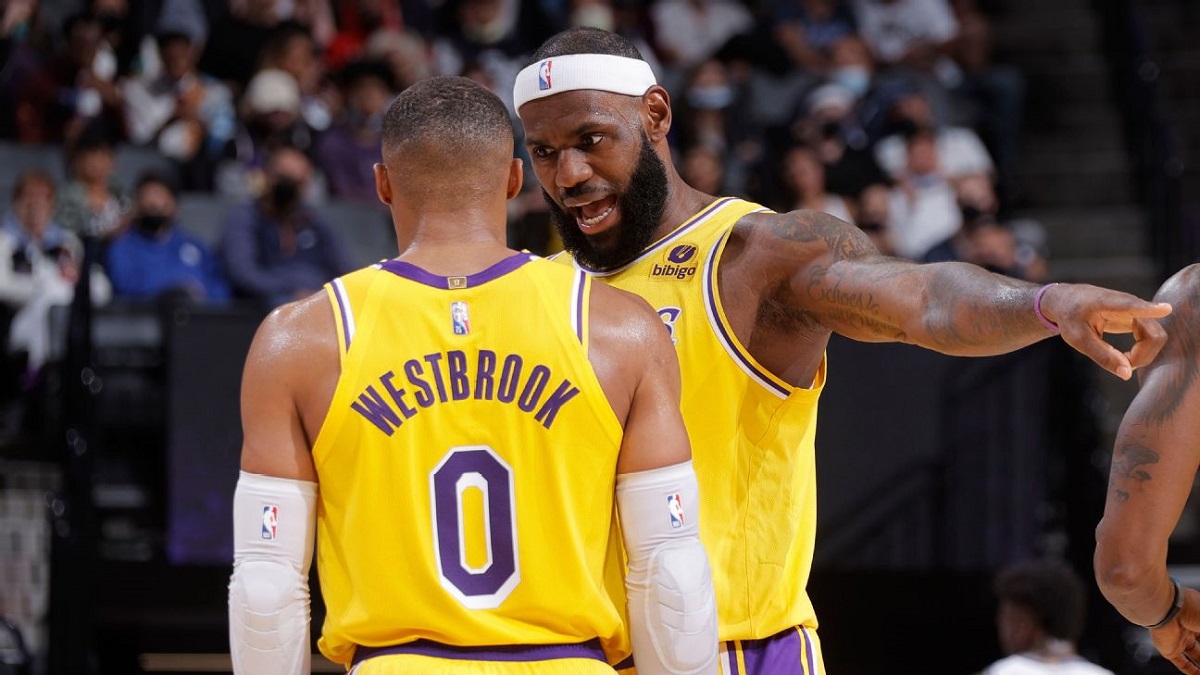 The Lakers won the 2020 NBA championship inside the NBA bubble in Orlando, which has been dubbed the “Pandemic Championship” by trolls and haters. The Lakers were knocked out in the first round of the 2021 NBA playoffs after Anthony Davis went down with a groin injury, and LeBron James was hobbled by an ankle injury.

The Lakers missed the playoffs completely in 2022, and were so bad they did not even qualify for the Western Conference Play-In Tournament. The Lakers fired head coach Frank Vogel even though he won them a title a couple years earlier. However, Vogel became a scapegoat for the numerous problems that plagued the Lakers last season including the front office and personnel.

So long as Russell Westbrook is on the roster, the Lakers will not win another title and could even miss the NBA playoffs once again.

The Lakers are a popular team with a legion of fans that will back their team even if they really do not have a chance to win a title. It’s one thing to be loyal to your squad, but it’s dangerous to be so disconnected from reality that you’re making foolish futures bets on a team that is not as good as you think.

Oddsmakers installed the Lakers with a win total of only 45.5 o/u, which means they’re closer to being a Play-In Tournament team than a title contender.

The Lakers are +750 odds to win the Western Conference, but there’s no way they’re the fourth-best team in the west. Even if they trade Westbrook for Kyrie Irving, they’re barely a top five team. With Westbrook, we’re looking at a potential #7 seed, or #6 seed in a best-case scenario.

The Lakers are +1600 odds to win the 2023 NBA championship and eighth overall on the NBA futures board at DraftKings. They saw a huge uptick in odds after fans bet the Lakers to win the title based on Irving trade rumors. Oddsmakers moved the Lakers to +1100 a couple weeks ago, but the numbers adjusted when trade rumors simmered down. At this point, it looks like the Lakers will start the season with an untradeable Westbrook on the roster.

The Lakers hired long-time assistant coach Darvin Ham as their new head coach to replace Vogel. The Lakers hope that the rookie head coach can restore the Lakers back to their championship glory. LeBron tends to bully rookie head coaches (e.g. Ty Lue with the Cleveland Cavs), so there’s a lot of chatter that the Lakers installed Ham as a puppet coach with LeBron the behind-the-scenes head coach. LeBron had the “LeGM” nickname for over a decade.  Numerous insiders think that Lakers general manager Rob Pelinka is an empty suit and LeBron called all the shots since his arrival.

Regardless of who pushed forth the Westbrook trade with the Washington Wizards last summer, it was a terrible move that blew up in their face. It was doomed from day one when Westbrook clashed with Vogel in practice and refused to take his direction on how to bring the ball up the court after a rebound. Westbrook did not mesh well with the Lakers, and the team imploded. Vogel got axed and even Westbrook broke up with his long-time agent. Things are so bad that no one wants to help out the Lakers with a Westbrook trade. That’s why teams are asking for one or two first-round picks to sweeten and trade deals. The Lakers refused to give up any draft picks, which is why they’re planning to start the season with Westbrook.

Ham said he wants to figure out a way for Westbrook to fit in with the team, but will Westbrook actually listen? If he truly changes up his game, then the Lakers will make the playoffs. If Westbrook continues to be a pain in the ass, it’s going to be another long season on the bubble.

LeBron missed a quarter of the season due to injuries. Davis missed half of the season. LeBron is old and has an excuse, but Davis’ durability has become a liability. When he’s healthy, Davis is one of the premier big men in the NBA who can be a menace on defense and score against anyone. A banged-up Davis is just an above average big man. When he’s sitting on the bench in street clothes, the Lakers have no shot to compete because they lack depth.

The Lakers traded their top role players –who helped them win a championship in 2020 — to the Washington Wizards in exchange for Westbrook. With three max-contract players on the roster, the Lakers had no wiggle room to pay for decent veterans. Heck, even Carmelo Anthony and Dwight Howard played for a “friend” discount last season and the Lakers still finished 33-49.

If the Lakers want to acquire Irving in a trade, they’d have to give up the last decent guys on their roster — Kendrick Nunn and Talen Horton-Tucker — plus draft picks. The Lakers would ditch Westbrook, but they’d inherit Irving and his numerous “issues” so it’s probably best they keep Westbrook and play out the season and hope that LeBron and Davis stay somewhat healthy.