Yes, this is the Grade 3 West Virginia Derby. Do not adjust your eyes when you see the likes of Triple Crown ex-pats Simplification, Skippylongstocking and We the People entering the starting gate for Saturday’s featured race at Mountaineer Park. 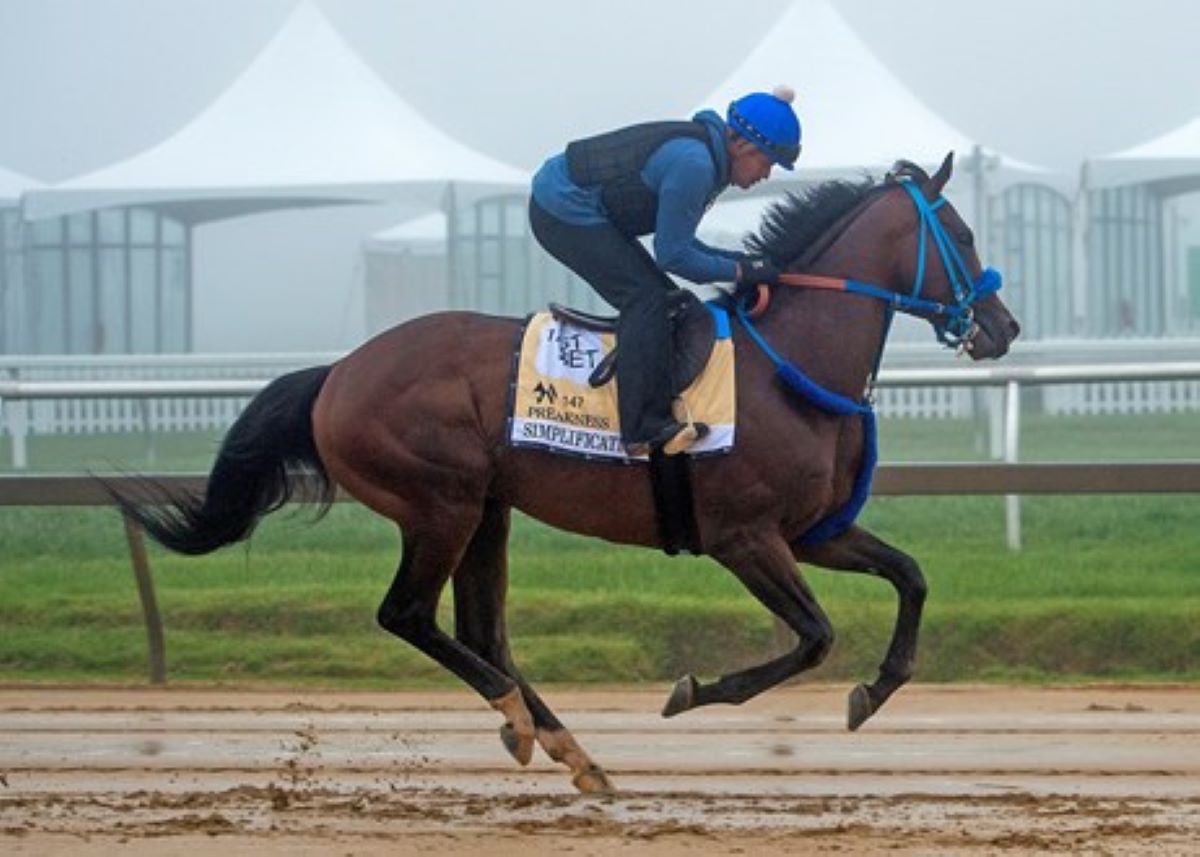 The 1 1/8-mile West Virginia Derby headlines a seven-stakes, nine-race Saturday card. It is not the long-delayed “fourth leg” of the Triple Crown, despite that trio’s presence in this field.

For Simplification, it’s his first race since he finished a disappointing sixth in the Preakness Stakes nearly three months ago. For Skippylongstocking and We the People, they return for the first time in nearly two months, or since their divergent Belmont Stakes finishes.

Skippylongstocking finished fifth in the Preakness, then ran a strong third in the Belmont three weeks later. We the People took the early Belmont lead, but found the 12 furlongs too much. He wound up fourth.

For all three, the West Virginia Derby provides that perfect landing spot away from the Jim Dandy-Travers spotlight at Saratoga. They’ll run for a $500,000 purse, far removed from the Spa’s white-hot lights. In the process, they’ll compete for a graded stakes title and a confidence boost.

In Simplification’s case, he needs one. One of the sharpest dark horses in the Kentucky Derby and Preakness, Simplification went into Churchill Downs off a deceptively strong third in the Florida Derby to White Abarrio and Charge It. That followed his victory in the Grade 2 Fountain of Youth.

Simplification avoided that suicidal early Derby speed duel and finished fourth at 35.30/1, only 3 1/2 lengths behind Rich Strike. That sent him to Pimlico for the Preakness as a serious contender, so serious that one publication said he could beat favorite Epicenter.

This is why Simplification stumbled

It didn’t happen. Simplification ran the worst race of his career, finishing 7 1/2 lengths behind Early Voting. There was a good reason for that, however. Trainer Antonio Sano said the Not This Time colt bled during the race.

“He had never bled. This was the first time,” Sano told reporters after the race.

Since Lasix is banned in the Triple Crown races, that anti-bleeding medication wasn’t an option. Sano gave Simplification the next six weeks off, then put him back to work July 2. He’s had four workouts in July, including a July 23 1:00.33 five-furlong outing that was best of 33 that day.

“He has always done well when he ships and so far, he is checking all the boxes,” Sano said.

Gritty Skippylongstocking always in the mix

Skippylongstocking checked one big box when he finished third in the Belmont. He was nowhere close to winner Mo Donegal (6 1/4 lengths), nor runner-up Nest (3 1/4 lengths). But the son of 2016 Preakness winner Exaggerator hit the board for the second time in three graded stakes.

Two starts earlier, Skippylongstocking finished third to Mo Donegal and Early Voting in the Grade 2 Wood Memorial. Those two would win the last two legs of the Triple Crown.

“He has been training well (since the Belmont),” trainer Saffie Joseph Jr. said. “This race has been the main target.”

It probably wasn’t for We the People, who went off as the 3.90/1 post time second choice in the Belmont. A good showing there, especially coming on the heels of a 10-length dissection of the Grade 3 Peter Pan Stakes at Belmont Park, and We the People would likely be in the Jim Dandy-Travers mix.

Instead, We the People — the 2/1 morning line favorite — led the Belmont for 10 furlongs. Unfortunately, that race is 12 furlongs. The Constitution colt hit the proverbial wall at the 1 1/4-mile mark. He faded to fifth in the last eighth and trainer Rodolphe Brisset admitted after the race that 1 1/2 miles was a bridge too far.

So Brisset sent We the People to the WinStar Training Center in Kentucky. WinStarFarm is one of the colt’s owners. His last of four works, last Saturday, was a 59.20-second five-furlong breeze that was best of eight at that distance.

Expect We the People to set West Virginia Derby pace

And yet, We the People comes into the West Virginia Derby 3-for-5. He figures to be the front-end speed here in the seven-horse field.

Waiting for the Triple Crown ex-pats are two horses more acquainted with these second-tier derbies: Home Brew and King Ottoman.

Home Brew comes in 4-for-6. That includes two consecutive victories in two Listed Stakes: the Oaklawn Stakes and the Pegasus Stakes at Monmouth Park. That Pegasus score came by 6 1/2 lengths.