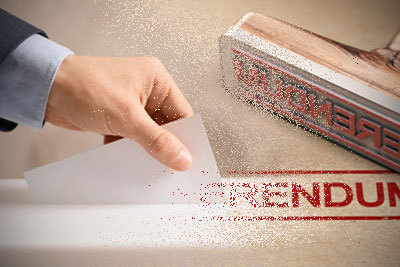 Liechtenstein is sometimes referred to as a “microstate” as the city of London is ten times larger by land mass and the population only numbers in the tens of thousands. More recently, the country has been referred to affectionately by gamblers as the “Las Vegas of the Alps“.

Players are attracted from neighboring Switzerland to the west and south and Austria to the east and north as well as from Germany in good numbers.

Voters in Liechtenstein will face a referendum on the January 29th ballot promoted by a pressure group with concerns about gambling addiction and the country’s rising reputation. The initiative seeks to close all six of the casino resorts by banning casino gambling in the country that has only enjoyed local liberalization for less than 5 years.

According to a Reuters report, IG VolksMeinung fears that Liechtenstein, which was on international tax haven blacklists until a little more than a decade ago, risks having its reputation damaged after all of the hard work that went into building a new standing in the international community.

Guido Meier, a member of the opposition group who lives in the capital city of Vaduz and sits on the “board” or is counted as a member of the core IG VolksMeinung team, said: “We don’t want to establish ourselves as a casino and poker hotspot in the middle of Europe. It’s a big reputation problem.”

The government is not supportive of the measure and has encouraged citizens to vote against the ban. The Deputy Prime Minister and Minister of Home Affairs of Liechtenstein, Sabine Monauni said it is “too radical, too excessive” and does not actually address gambling addiction.

She continued, “We want to continue to allow gambling in Liechtenstein and that’s why we now have to find a balance between measures that reduce activity but at the same time don’t totally destroy the market.”

The referendum language would give the casino 5 years to wind up gambling operations if it is approved by voters. Some of the well-known international gambling businesses involved in the casinos include Casinos Austria International and Novomatic AG of Austria’s sister company, Gryphon Invest AG which indirectly controls a majority interest in three of the operations.

When contacted for comment, Gryphon told Reuters: “We hope that the voters will follow the advice of the two major parties, as well as the economic chamber and further institutions and recognize that a well-regulated market is better than an outright ban.”

Casinos Austria reportedly did not reply to Reuters with a comment by press time.

Reinhard Fischer is the director of Grand Casino as well as the president of Liechtenstein’s casino association. Fischer purportedly believes that the market is too small for the current number of operators and that “natural attrition” will result in a maximum of four casinos.

Nor does he believe that casinos represent a threat to the country’s reputation. He reiterated the company’s position that all they do is in accordance with the law and in many cases they operate above and beyond legal requirements.

The relatively sudden birth of six major gaming houses in the country has had a significant impact on federal revenues. In 2022, casino visitors, mostly from outside the country, contributed about 50 million Swiss francs (US$54.51m) in taxes through their travel and gameplay.

Regarding tax monies, Deputy Prime Minister Sabine Monauni said: “This is certainly revenue that is also relevant for our budget.”

According to the World Bank, Liechtenstein’s annual per-capita income is $175,813, which puts it ahead of Monaco, Luxembourg, Switzerland, and Bermuda as the richest country in the world.