UEFA announced that matches in the Champions League, Europa League, and Europa Conference League will be trialed for safe standing for the upcoming campaign. 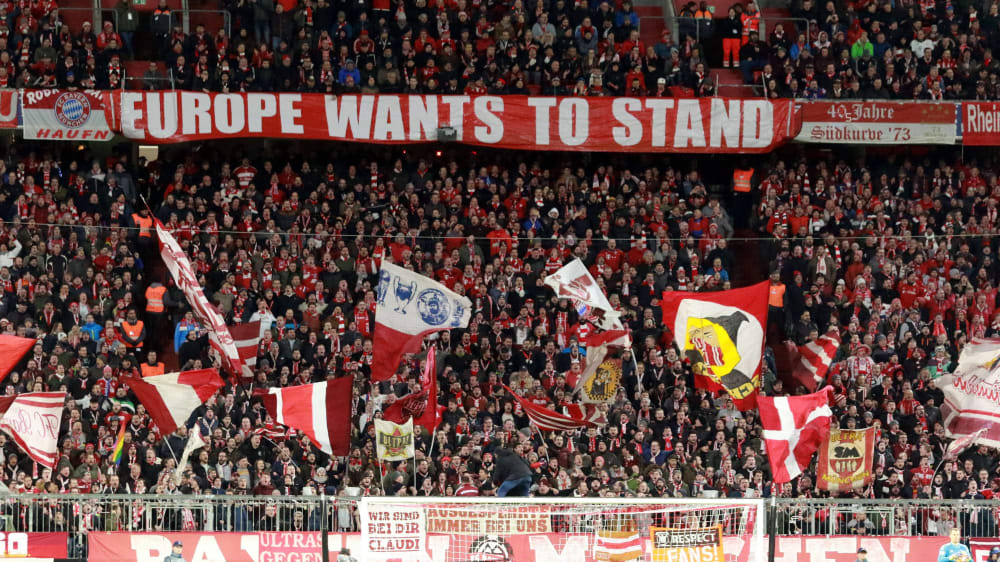 The attendances for European matches are likely to increase in Germany following the introduction of safe-standing by UEFA. (Image: twitter/imiasanmia)

The test will take place at stadiums in England, France, and Germany, where safe-standing is currently active at the domestic level too. In England, fans have been complaining for years and finally got safe-standing back in the game last season, decades after it was abolished for security reasons. The majority of Premier League clubs now have standing sections inside their grounds.

“UEFA has announced the launch of a program to observe the use of standing facilities for general admission spectators attending matches of clubs participating in its men’s club competitions during the upcoming 2022-23 season,” UEFA said in a statement.

“While UEFA regulations only permit seated places to be used for its competitions, except for those competitions where Category 1 stadiums may be used, an increasing trend towards the use of standing facilities in some domestic competitions has been observed in recent years,” the release added.

UEFA banned standing after the 1985 Heysel disaster which saw 39 people losing their lives at the European Champions Cup final between Liverpool and Juventus.

How will attendances modify?

The UEFA safe-standing experiment will have a major impact on German clubs in particular. For example, Borussia Dortmund‘s Signal Iduna Park was previously limited to 65,829 capacity for UEFA events. In comparison, for domestic matches which include safe-standing, the capacity goes up to 81,365.

In the UK, the government’s rules for safe-standing state that each standing supporter must occupy the same area they would if they were seated, meaning that there will not be any capacity increases.

UEFA said that it will assess the results of the observer program at the end of the 2022-23 season to determine whether it should be continued or not.