Bo Cruz has a new team! Jauncho Hernangomez impressed everyone with his acting debut as an aspiring NBA prospect named Bo Cruz in the Netflix basketball movie “Hustle” with Adam Sandler. Hernangomez has been journeyman forward during his NBA career, but signed a one-year deal with the Toronto Raptors. 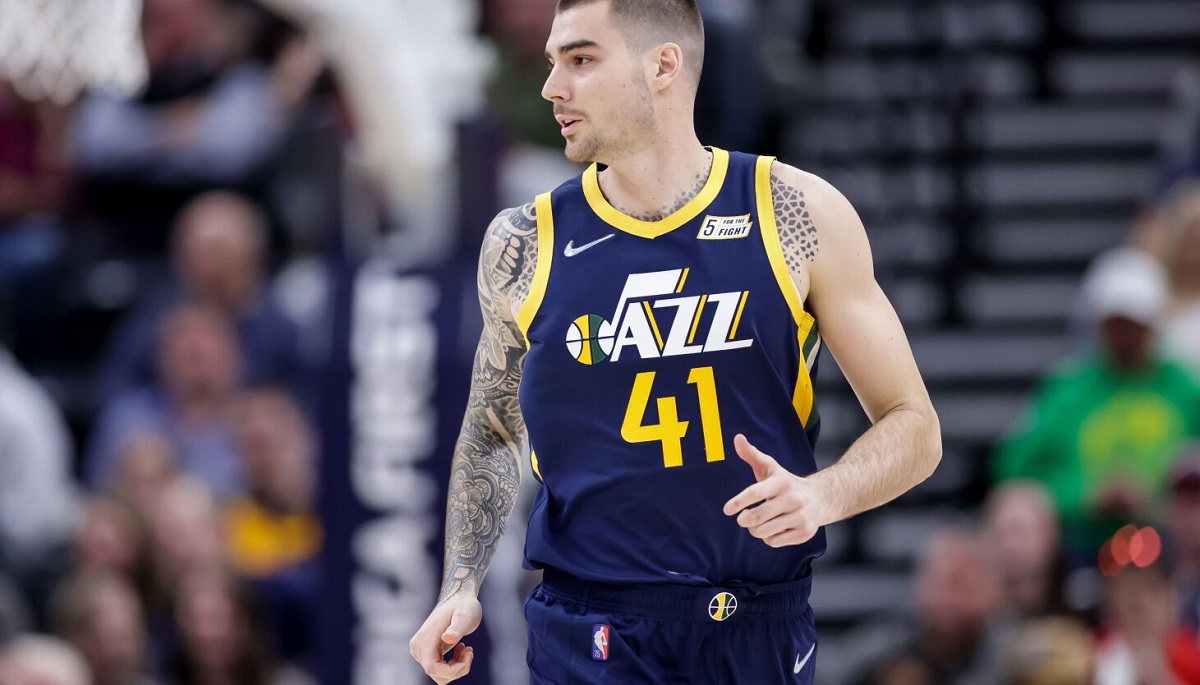 Jauncho Hernangomez had a somewhat obscure NBA career, but he was a breakout star of the sorts movie ‘Hustle’ with Adam Sandler. (Image: Getty)

In real life, Hernangomez was a star basketball prospect in Madrid, Spain before he caught the eye of NBA scouts. The Denver Nuggets selected him with the #15 pick in the 2016 NBA Draft. He had a tough time adapting the NBA, but spent 3.5 seasons with the Nuggets before they traded him to the Minnesota Timberwolves in the winter of 2020.

It looked like he finally found a team to thrive with Minnesota. In 14 games with the Timberwolves, he averaged a career-best 12.9 points and 7.3 rebounds per game before the season was shut down due to the pandemic. He lost his starting job in the 2020-21 season and had a falling out with the front office when they denied him the opportunity to play for Spain in the rescheduled Tokyo Olympics.

After spending 1.5 seasons with the Minnesota Timberwolves, the Timberwolves traded Hernangomez to the Memphis Grizzlies last August. He never suited up for the Grizzlies, because three weeks later, the Grizzlies traded him to the Boston Celtics in September.

Hernangomez languished on the bench and saw garbage-time action in only 18 games in Boston. The Celtics traded him to the San Antonio Spurs in January, and he appeared in five games before the Spurs shipped him to the Utah Jazz prior to the trade deadline.

Hernangomez played in 17 games with the Jazz and started in nine games averaging 6.2 points and 3.5 rebounds per game, while shooting 43.8% from 3-poit range. The Jazz cut him at the end of the season, and he became a free agent.

Hernangomez joins a forward-heavy team in Toronto, especially after they signed Otto Porter, Jr. Porter was a key bench player for the Golden State Warriors who helped them win the 2022 NBA championship.

The Raptors are on the short list of teams that could acquire Kevin Durant in a trade with the Brooklyn Nets. The Miami Heat and Boston Celtics are also in the mix, but the Raptors have an optimal combination of your players and draft picks to send to the Nets for Durant.

The Raptors would have to part ways with Rookie of the Year Scottie Barnes or Pascal Siakim to entice the Nets to work out a deal. OG Anunoby and Chris Boucher are also mentioned in trade rumors for Durant. If the Raptors add Durant and have to give up a couple of starters, Hernangomez could see a significant boost in playing time.

If the Raptors do not acquire Durant, Hernangomez will struggle to find playing time behind Barnes, Porter, Boucher, and Anunoby. Barnes played so well as a rookie last season that Anunoby saw his role minimized as the season went on. Anunoby wants to have a bigger impact on the offensive end of the court, which is why he requested a trade. The Portland Trail Blazers were interested in Anunoby, so if he leaves the Raptors that’s one less player that Hernangomez will compete against for a coveted spot in Nick Nurse’s rotation.