That’s not a typo. The Toronto Blue Jays scored 28 runs in a baseball game against the Boston Red Sox in a 28-5 blowout at Fenway Park which is now being dubbed ‘The Friday Night Massacre.’ 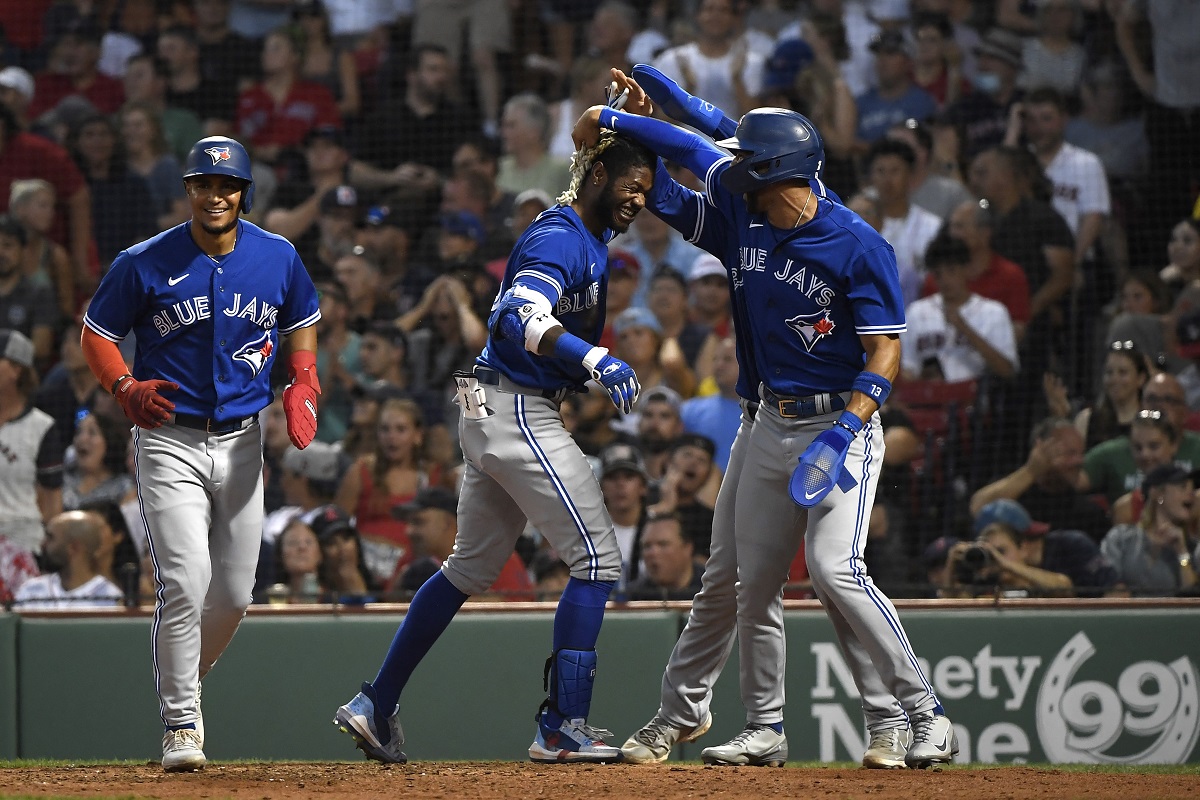 The Blue Jays won four games in a row to improve to 51-43 on the season, but they’re 13.5 games out of first place trailing the New York Yankees. The Red Sox slipped to 48-46 on the season after dropping a third-straight loss.

The Blue Jays are now 5-1 since they fired manager Charlie Montoyo prior to the All-Star Break. The Blue Jays are in the thick of the AL Wild Card race, and if the season were to end today, they’d secure one of the three spots in the 2022 MLB postseason.

Whenever you see the number 28 in a box score, it feels like you’re reading the final scores from a football game. Heck, four touchdowns in a single football game is a great performance, but 28 runs in a baseball game is almost a week’s worth of runs.

The Blue Jays fell short of the modern-day MLB record of 30 runs from the Texas Rangers in 2007, but they gave it a heck of a sweat with a couple of runners on base in the ninth inning and a position player pitching for the Red Sox.

“That was awesome,” said Blue Jays interim manager John Schneider. “We talked about it before the game, how you can come out a little bit sleepy and you can came out hot. I think we came out hot, obviously.”

The all-time MLB record dates back to the late 1800s. The Chicago Colts – led by player manager Cap Anson – scored 36 runs against Louisville Colonels in 1897.

In 1978, the Blue Jays set the previous franchise record with 24 runs against the Baltimore Orioles. After 44 seasons, the current batch of Blue Jays toppled the record with 28 runs.

The Red Sox broke a 99-year record for most runs allowed in a game, which eclipsed the 27 runs they gave up against Cleveland in 1923. 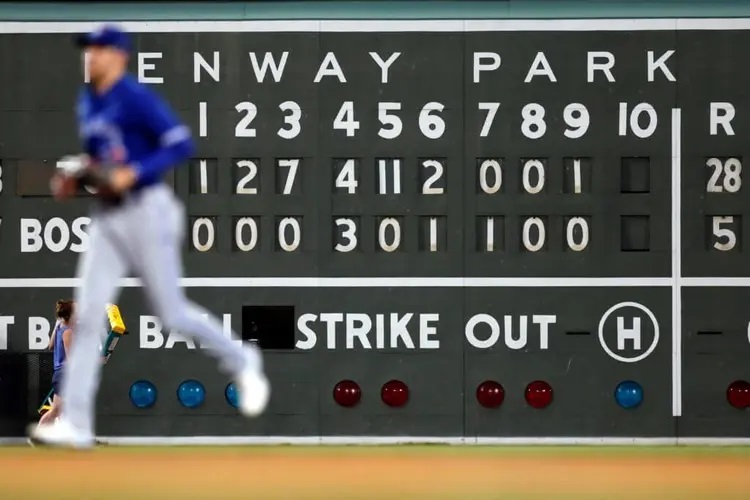 Lourdes Gurriel Jr. tied a franchise record with six hits, and every player in the starting lineup tallied at least two hits for the Blue Jays on Friday night. In total, the Blue Jays raked 29 hits with 28 runs scored.

Danny Jansen connected on two home runs and added 6 RBI. Raimel Tapia notched a rare inside the park grand slam that did not involved the Green Monster. The play set forth a series of events that made an innocuous Friday night game a memorable evening for the Blue Jays, and on the flip side, it was the beginning of a nightmare for the Red Sox.

At the top of the third inning, a dejected Tapia thought he hit a routine fly ball to centerfield, but a baffled Jarren Duran lost the ball which fell behind him on the warning track amidst a chorus of groans and boos.

“I hit it on the barrel, but at the same time I didn’t think it would go too far,” said Tapia.

“I just lost it in the twilight,” said Duran. “It happens. Obviously, I should have taken a step or two.”

The Red Sox were trailing 6-0 before the gaffe, but found themselves down 10-0 after Tapia’s grand slam. The Blue Jays scored seven runs that inning to take a 10-0 lead.