If golf fans questioned whether Tony Finau could close out professional tournaments, those questions have rapidly come to an end over the past two weeks. 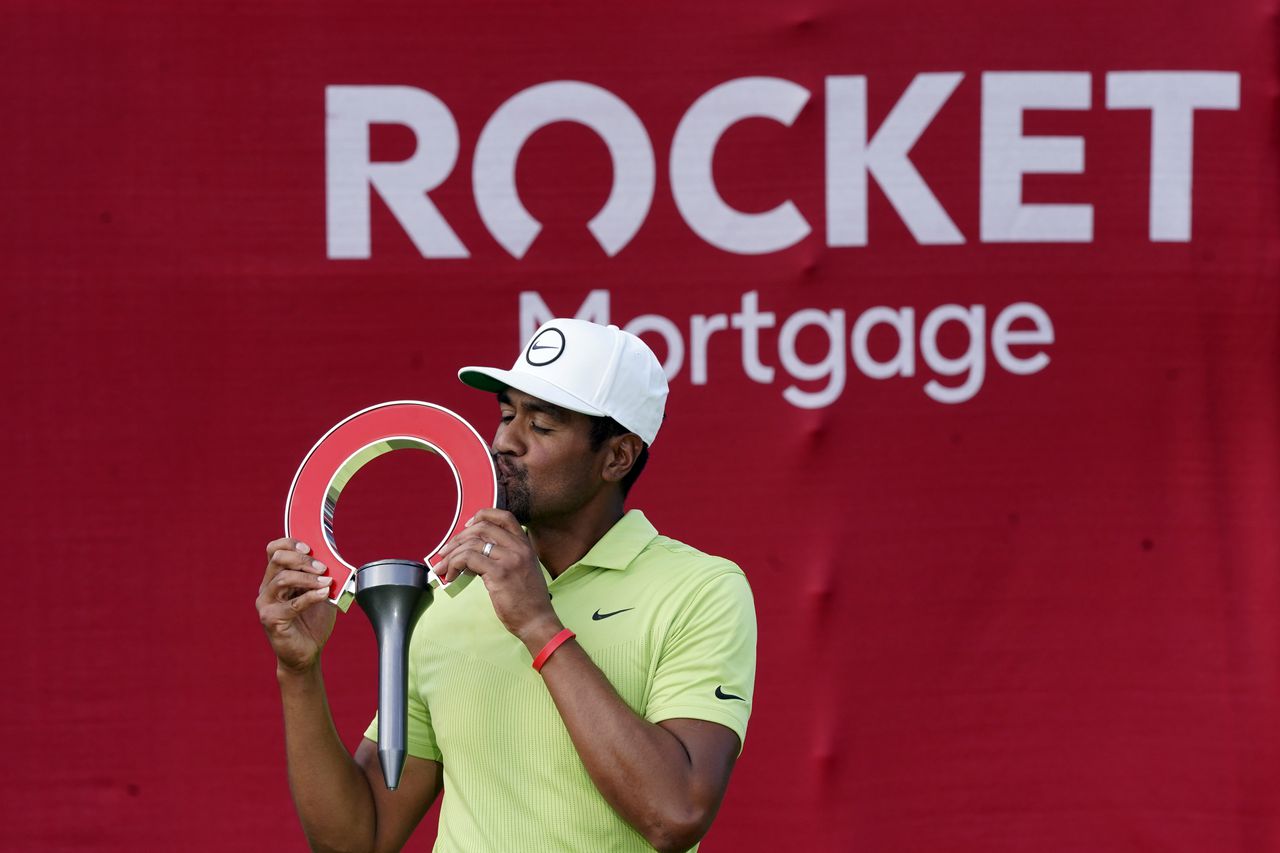 Finau won the Rocket Mortgage Classic at the Detroit Golf Club this past weekend to pick up his second consecutive victory on the PGA Tour.

Finau gets third win in less than a year

The victory made Finau the first player in three years to win two straight regular season tournaments on the PGA Tour. Brendon Todd last accomplished the feat in 2019. Finau shot a 5-under-par 67 to win the Rocket Mortgage Classic by five strokes over Patrick Cantlay, Taylor Pendrith, and Cameron Young.

A week earlier, Finau won the 3M Open. DraftKings Sportsbook listed Finau as a +1400 pick to go back-to-back at the Rocket Mortgage Classic, and he lived up to the challenge.

“I’m proud of the way that I fought though adversity through my career,” Finau said after the win. “They say a winner is just a loser that just kept on trying, and that’s me to a T. How many times do I lose? But one thing I won’t do is give up and I’m only here as a winner because I chose not to give up and just keep going.”

Prior to his current streak, Finau had won just twice on tour. He took down the Puerto Rico Open back in 2016, then broke a five-year drought by winning the Northern Trust during last year’s FedExCup playoffs.

Those three wins have ended any talk that Finau is a talented golfer who doesn’t win events. Before Sunday, Finau had also never won a tournament after having or sharing the 54-hole lead, something he did at the Rocket Mortgage Classic.

“Tony put on a show,” Young said after the tournament. “I’d be lying if I said it was easy to just watch other people win. Obviously, today Tony beat us all by a lot.”

Finau has now moved up to No. 7 in the FedExCup Playoffs standings. He sits at No. 13 on the Official World Golf Ranking as well.

“A week can change your life,” Finau said. “When you look at mine, two weeks have changed my life.”

While Finau will be in great shape to make a playoff run, he won’t be winner three weeks in around. He isn’t playing at the Wyndham Championship this weekend, which is also the last regular season tournament on the PGA Tour. Will Zalatoris and Shane Lowry are the early favorites at the Wyndham, with DraftKings giving each +1200 odds of victory.