Two-time PGA Tour winner Tony Finau will tee off on Thursday as the clear favorite in the 3M Open at TPC Twin Cities in Blaine, Minnesota. 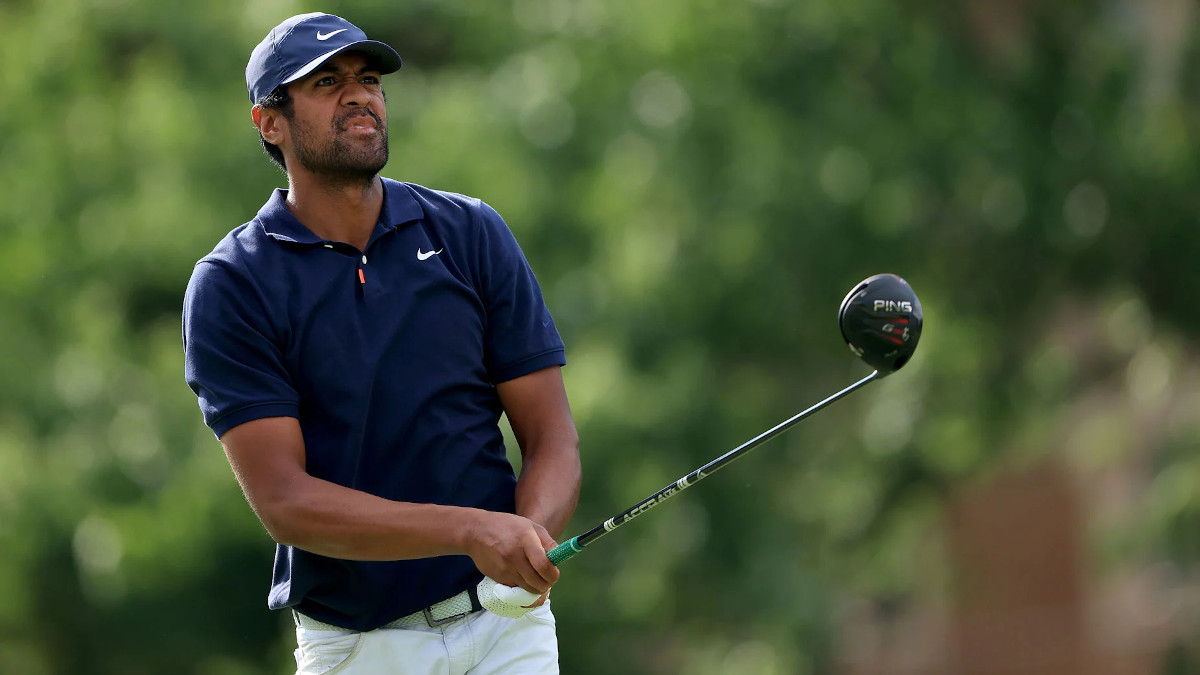 Tony Finau leads a field of veterans, rookies, and a former tennis pro at the 3M Open. (Image: Getty)

DraftKings Sportsbook lists Finau as the +1100 favorite to win the 3M Open, with no other golfer coming in at shorter than +1600.

Finau will benefit from a relatively weak field at the 3M Open this week. Most of the world’s top golfers are taking some time off after spending two straight weeks in the UK for the Genesis Scottish Open and the Open Championship. After the year’s final major, only a limited number of notable names made the trip back across the Atlantic to play in Minnesota.

Finau was among those in the Open Championship, finishing in a tie for 28th place. That capped off a disappointing year at the majors for the 32-year-old, who failed to book a top-25 finish. It was the first time he didn’t make at least two top-10s at majors in a given year since 2017.

That lack of recent success has sent some bettors looking to back other options. Those include world No. 14 Hideki Matsuyama (+1600), who finished fourth at this year’s US Open. The 2021 Masters winner also has a victory this year at the Sony Open.

Maverick McNealy and Sungjae Im share second-choice on the board at +1600 and have each attracted plenty of bets. But sportsbooks are seeing particular interest in two tour rookies at the 3M Open: Davis Riley (+1800) and Sahith Theegala (+2200). PointsBet Sportsbook reported that Riley and Theegala have attracted more bets and more money than anyone else in the field, and represent two of the bookmaker’s three biggest liabilities on the weekend.

One of the most famous people in the field has very little chance of winning the event. Former professional tennis player Mardy Fish will make his PGA Tour debut at the 3M Open. Fish can play: he boasts a plus-2.8 handicap, and no less an expert than Jack Nicklaus ranked him as the top non-professional player he’s even hit the links with.

“I certainly don’t expect to, you know, compete to win the tournament necessarily, but making the cut is something that I’m eyeing big time,” Fish told Golfweek. Look at some of the scores of the past and I don’t know, it seems fairly doable score-wise, but then you’ve got to get out there and actually play.”

Fish won the silver medal at the 2004 Olympics in men’s singles tennis, won six career ATP titles, and reached the quarterfinals of three Grand Slam events during his career. FanDuel Sportsbook lists Fish as a +100000 longshot to win the 3M Open, but didn’t post odds on the former tennis pro to make the cut in Blaine.