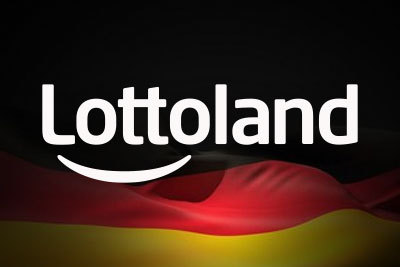 Soon after being given the authority to control the online gambling space in Germany the new regulator, the Glücksspielbehörde has put in blocking orders with internet service providers (ISPs) to deny service to certain websites for residents of the country.

Online gambling is legal in Germany after the ratification of the Fourth State Gambling Treaty with the Gemeinsame Glücksspielbehörde der Länder (GGL) setting up enforcement actions as of July 1st, and full regulatory authority on January 1, 2023.

In earlier Amendments to the State Gambling Treaty, the Niedersachsen Ministry of Interior had responsibility for implementing payment blocking controls for the entire country. However, that power went to the GGL with the ratification of the 4th Amendment as well.

The first payment blocking executed by the German state of Lower Saxony (Niedersachsen) was in June 2019 with the trial balloon going over like lead with leaders in some of the Federated States who made waves who suggested that the orders were premature and unjustified not justified given the soon to be “liberalized” German online market.

The body also has the authority to refer criminal charges against unlicensed operators to the responsible law enforcement authorities for prosecution. Providers from other European countries that accept bets from German residents without holding the requisite license can face criminal proceedings and convictions in absentia, according to information provided by GGL in a late last week digital press release.

It’s not expected that the body will flex its enforcement muscles prior to the full deployment of its resources next year, but it may bare fangs if particularly unscrupulous operators tempt the nascent regulator.

According to the press release: “The declared goal of GGL is to achieve visible results in the next 6 months. With consistent enforcement, the authority also wants to strengthen the permitted providers who comply with the rules of the State Treaty on Gaming and thus have more costs and effort and where the hurdles for gambling are higher for reasons of player and youth protection.”

Historically, ISP blocking orders are either handed out piecemeal or can be undertaken from an “industry blacklist” regulators provide to ISPs with the service providers required by law to block access to the sites or face criminal, civil, or other regulatory actions.

The lottery betting site operator, Lottoland was the first company to be subjected to the censorship measure which is but one in a potential toolkit that regulators can bring to bear in order to enforce legal compliance and control commerce within their realm of influence.

Regulated and locally licensed operators often face a disadvantage in competing with a free and open market due to increased taxes and other burdens such as increased overhead related to compliance issues including those imposed to protect players. Licensed operators in Germany are taxed at a rate of 5.3% on every bet made. However, that rate is factored out of the tax base resulting in an effective tax rate of 5.03% which is over 5% more than unlicensed operators pay.

Punters are also not allowed to be more than €1 per spin on slots. Taken together, along with advertising restrictions and limits on bonuses and other incentives unlicensed operators can enjoy a significant competitive advantage over the more highly regulated operators and may drive some players to the unregulated market.

One reason Lottoland may have been targeted first is that there is currently no regulatory framework for lottery betting or poker networks under the Fourth State Treaty. “Lottery betting” is a unique form of gambling that sees bookies or other online providers offer odds on the results of regular lottery draws.

Unlike lottery messenger services that purchase tickets on your behalf anywhere in the world, lottery bettors simply bet against the odds and the bookmaker pays out small winning bets directly and jackpots from an insurance policy or pool.

The GGL noted: “The network of companies, which operates under the name Lottoland, has been offering illegal gambling for years. This offer is particularly precarious as many players believe they are entering a lottery game at Lottoland. However, this is not the case.”

Board member Ronald Benter addressed the GGL’s powers to reign in unlicensed operators using tax laws: “From our point of view, the reporting of gambling providers to the responsible tax authorities is one of the most effective instruments for combating illegal gambling on the Internet. Because with tax debts, the probability of obtaining a permit in the future is close to zero,” explained Benter.

Operators with tax debts in Germany run the risk of being unable to get permits in other European countries. Existing gambling licenses could also be revoked under rule of law.