Contenders across Major League Baseball made a flurry of moves on Tuesday, as teams raced to beat the MLB trade deadline and fill holes before the final push for the playoffs. 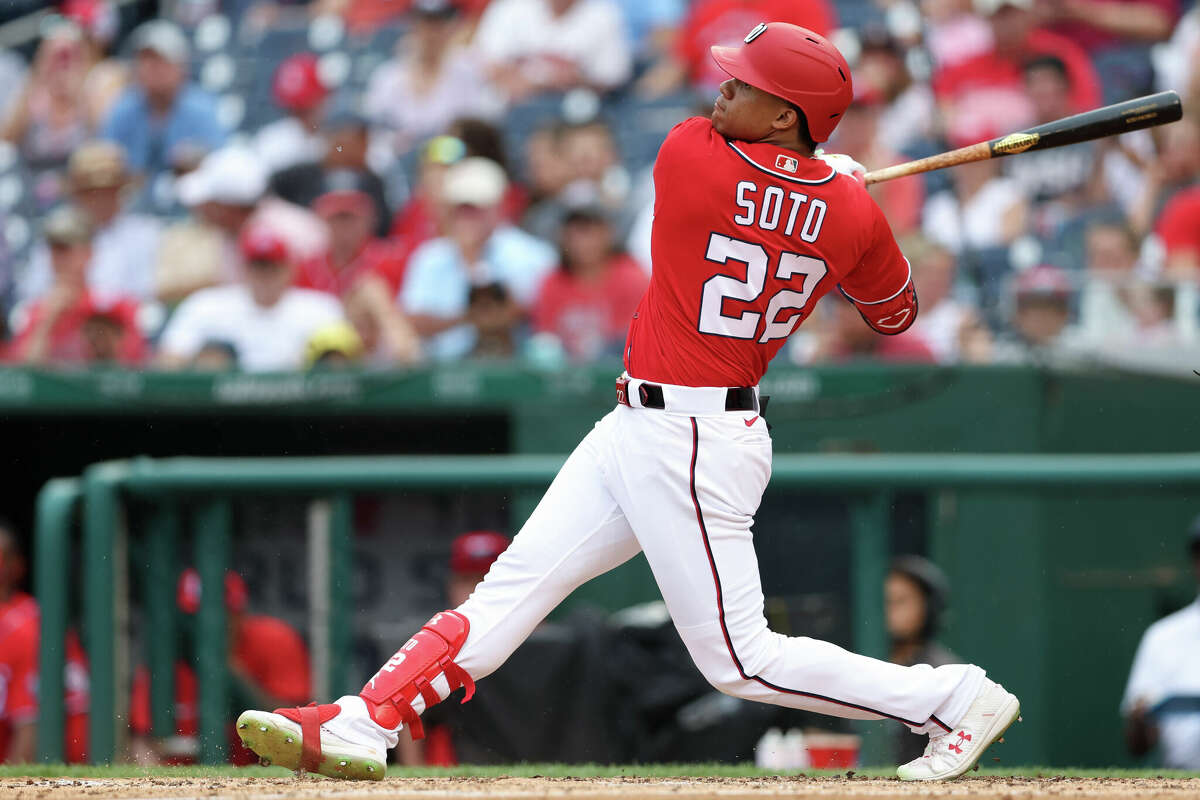 One deal in particular dominated the conversation today, but it was far from the only impactful move. Here’s a look at the five biggest deadline trades made on Tuesday.

There’s no doubt about it: the San Diego Padres’ acquisition of young superstar Juan Soto ranks not only the top of this year’s list, but also among the most significant trade deadline deals in MLB history. Not only that, but the Padres picked up Josh Bell in the deal, as well.

The move immediately turns San Diego into a top tier World Series contender both this year and for the next two seasons. Meanwhile, the Nationals took in a huge haul of prospects and young MLB players, which could ultimately satisfy Washington fans – though probably not for a few years.

The Padres will likely find some way to fit Drury into an increasingly stacked lineup. Drury is hitting .274 with 20 homers and a .855 OPS, and is enjoying the best season of his career. Opposing pitchers are going to have to deal with a long, deep lineup when taking on San Diego for the rest of 2022.

No. 3: Merrifield moves to Toronto

The Toronto Blue Jays made a trade with the Kansas City Royals to acquire two-time All-Star Whit Merrifield on Tuesday. That might seem like a normal move for a contending team to make with a struggling, small market squad that’s building for the future. But Merrifield recently missed a series in Toronto because he never received a vaccination against COVID-19 – something that would make it effectively impossible for him to play for the Blue Jays, due to Canadian health laws.

However, Merrifield said he might change his vaccination status if he had the chance to play with or against Toronto in the postseason, and presumably the Blue Jays are satisfied that he will take a vaccine. Merrifield has struggled somewhat this season, hitting just .240 with six homers and 15 stolen bases, though his numbers improved in July.

No. 4: Phillies trade for Syndergaard, Robertson

The Phillies were already in position to win one of the NL wild card spots. These additions, along with another move to add outfielder Brandon Marsh from the Angels, should help them separate from the pack and try to make a postseason run.

No. 5: Atlanta lands a closer in Iglesias

The Braves have had a solid bullpen over the last few years, but haven’t necessarily been among the strongest teams in the late innings. Atlanta looked to fill that hole by trading for Angels closer Raisel Iglesias.

While Iglesias has a 4.04 ERA this year, he has struck out 48 batters in 35.2 innings and recorded 16 saves. That means he can not only serve as a setup man for current Atlanta closer Kenley Jansen, but also gives the Braves a second great option to finish off games or get high-leverage outs down the stretch.