On Sunday, Cristiano Ronaldo played his first 45 minutes in Man. United’s pre-season friendlies. He started against Rayo Vallecano at Old Trafford, only to be subbed off at half-time. The Portuguese left the stadium early, while the match was still in progress. A club spokesperson played down critics, saying Ronaldo had been granted permission to leave. 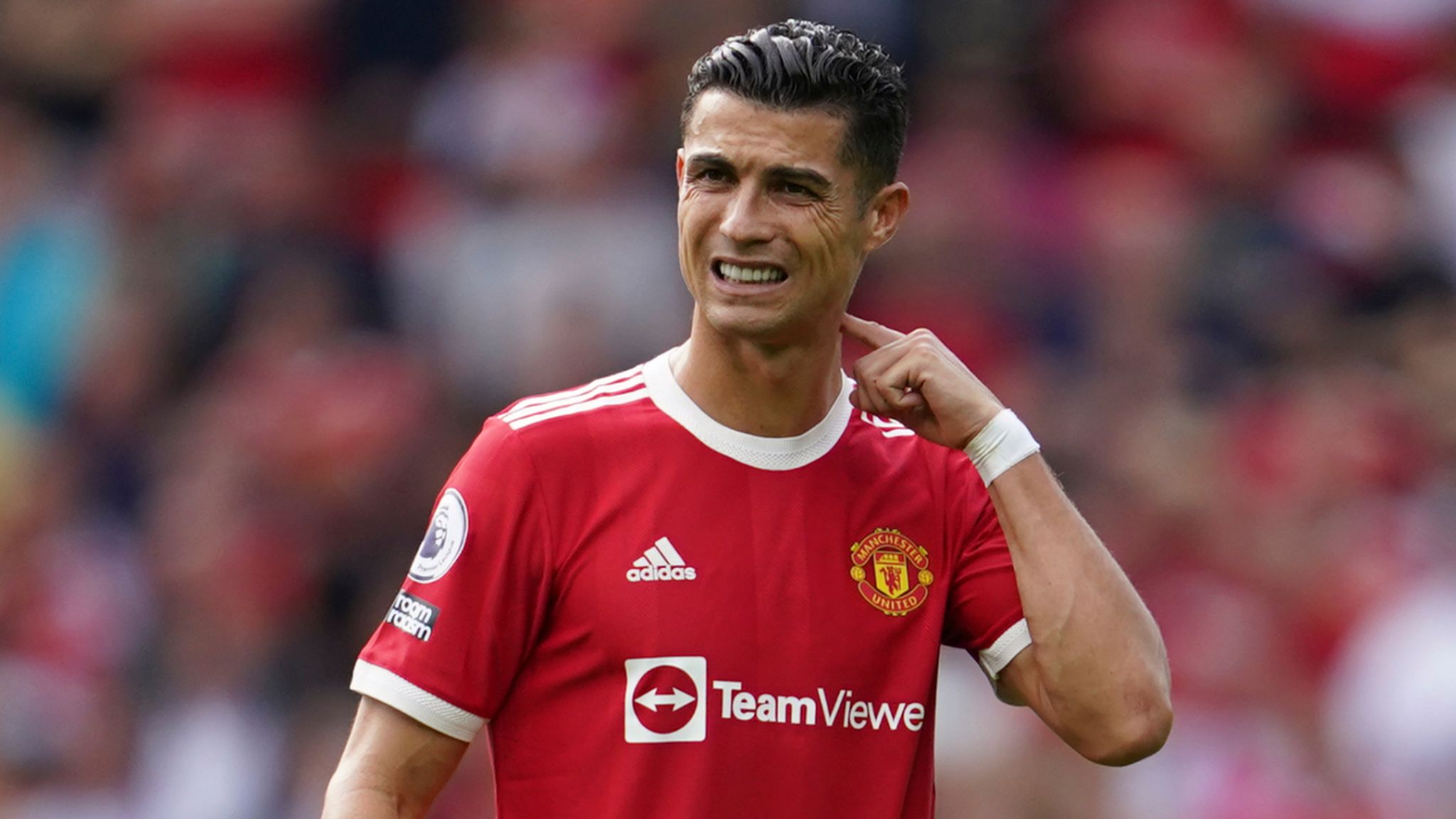 Cristiano Ronaldo is actively looking for another club this summer. (Image: skysports.com)

But talking to viaplay.nl, Ten Hag said it wasn’t him who allowed Ronaldo’s early exit. Even more, Ten Hag found it “unacceptable” for Ronaldo to leave before the match ended. According to reports, several other first-team players who had watched the game from the stands also left before the final whistle, saying they wanted to beat traffic.

“I certainly don’t accept this. I think this is unacceptable. For everyone,” the Ten Hag said.

“We are a team, and then you stay until the game is over,” the Dutchman added.

Ronaldo and Ten Hag also exchanged a few words during the minutes the forward spent on the pitch, with his gestures being highly commented on by the media. Cristiano has been trying all summer to force a move away from United, but found no Champions League club ready to bid for him. He’s expected to either be on the bench or omitted from selection against Brighton, in United’s season opener on Sunday.

🗣️ “It’s unacceptable [Ronaldo leaving early] …. we are a team and you have to stay until the end”

The bookies tend to believe Ronaldo is going to be a Man. United player even after the closure of the transfer window. Cristiano is now at -230 to stay at Old Trafford, with a move to Sporting at +300 and a transfer to Atletico Madrid at +750.