Cristian Eriksen secured a summer move to Manchester United just one year after suffering a heart attack while representing Denmark at Euro 2020. 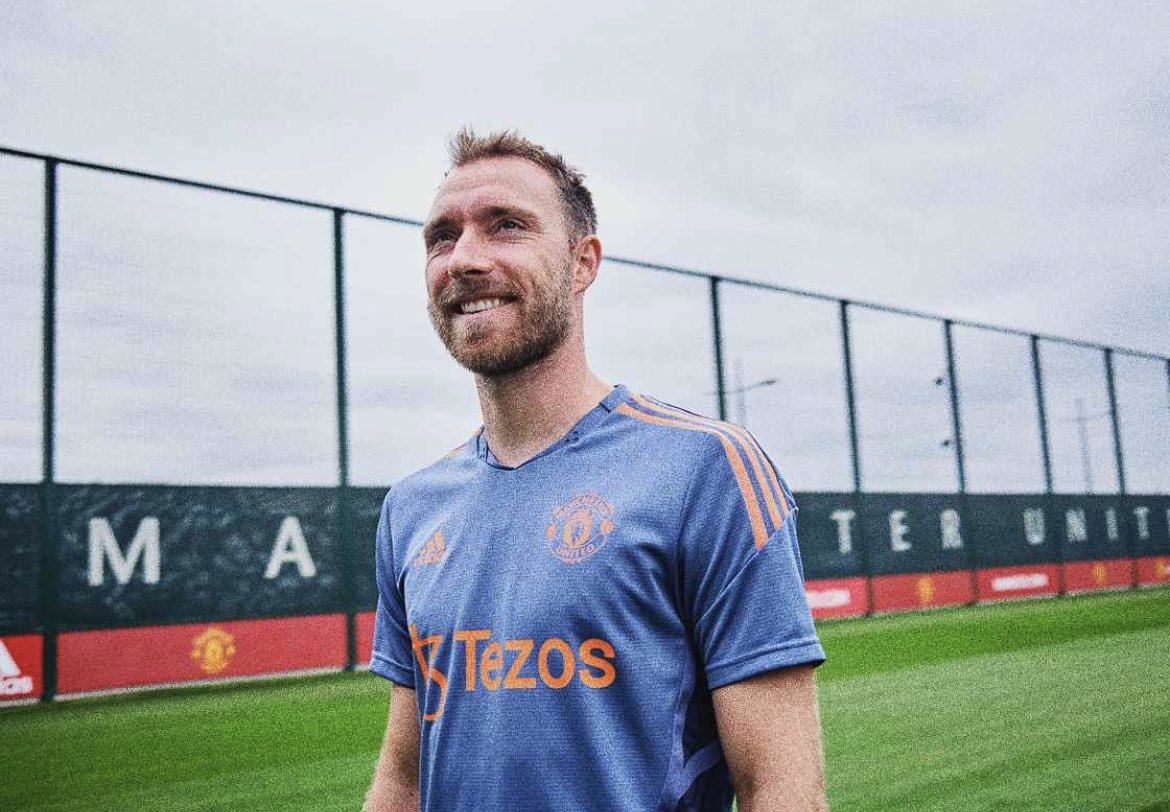 Christian Eriksen hopes to help United get back to winning trophies. (Image: twitter/manutd)

Eriksen made a full recovery in less than six months and spent the second part of last season with Brentford, impressing throughout his spell in west London. The 30-year-old had several opportunities on the market but finally decided to pen a three-year contract with Manchester United.

Eriksen wore United’s colors for the first time on Tuesday, when he arrived at United’s Carrington training center alongside Lisandro Martinez, the $60 million signing from Ajax. Talking to United’s MUTV channel, Eriksen revealed Erik ten Hag played a huge role in convincing him to join.

“I mean, I’m a guy who wants to play football and I think, with the idea of the manager coming in and the ideas he had, and also with my conversations with him, I could see myself playing football in Manchester,” Eriksen said.

“Obviously, to speak with the manager and hear his ideas and have conversations with him on the football terms, was great and ideal for me to get the decision and the possibility of coming to Manchester United,” the Dane added.

“I don’t come here just for the logo itself, I want to come here and play,” the midfielder insisted. “I think my style of play hopefully fits in with the manager’s ideas and, hopefully, it’s something that will connect in a good and positive way.”

“It has a big history and it’s a nice feeling to be part of something that is that big in history.”

Despite leaving the Premier League in Jan. 2020 to join Inter, Eriksen is the second-best assists provider in the Premier League over the past 10 years. With 66 decisive passes to his name, Eriksen is only behind Man. City’s Kevin De Bruyne, at 86. David Silva is third, at 63, while Ozil and Sterling are tied at 54.

The new chapter has started 🔴🔥👹 pic.twitter.com/TgGLP8Q6Oc

How will Man. United do in the new Premier League season?

Erik ten Hag’s revolution at Old Trafford aims at taking the club back into the title race. It’s not going to be this year, the bookies believe. United is only fifth favorite to win the Premier League. The Reds sit at +2500 to triumph, behind local arch-rivals City at -200, Liverpool at +220, Chelsea at +1300, and Tottenham at +1400.

United is at +170 for a top four finish, behind City, Liverpool, Tottenham and Chelsea, suggesting Ten Hag and his men will have a tough time even in their attempt to secure Champions League football in 2023.