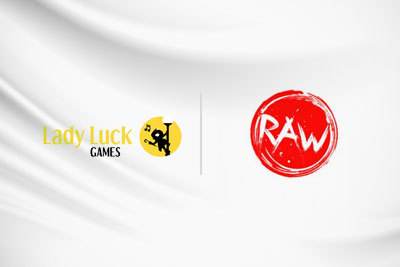 Players in multiple global markets will be able to access the Lady Luck portfolio of games with titles like Astro Anna, Beetle Bailey, The Treasures of Tizoc, Mr. Alchemister, and Valholl: Wild Hammers.

Game studios operating on the platform can be picked up by tier-one operators such as Mr Green, ComeOn Group, VideoSlots, PokerStars, Kindred, and Betsson among many others in any of 14 regulated markets worldwide. Some of the jurisdictions RAW Arena is certified in include Denmark, Germany, Italy, the Netherlands, Sweden, and the United Kingdom.

Mads Jørgensen is a Co-Founder and sits as Chief Executive Officer at LL Lucky Games AB. Mads had this to say: “This agreement is significant for Lady Luck Games, as it’s an important first step for our STORM RGS platform that will allow us to integrate our gaming content faster on the global market. We’re very excited to see what the future will bring as a result of this landmark partnership.

“Access to top-tier operators via the Raw Arena aggregation platform is very exciting. The migration of our tech platform the STORM RGS is live and ready, and I see a substantial opportunity for increased revenue from this partnership.”

Chief Commercial Officer of RAW Arena, Steven Matsell said: “We are thrilled to partner with Lady Luck Games. Integrating with the StormRGS from Lady Luck Games gives our partners access to their fantastic graphics, innovative mechanics, and exciting features that really stand out.“

LL Lucky Games AB was launched in Sweden in 2019 and has subsequently developed a robust catalog of games with mass appeal. The firm has inked distribution deals with local and regional game distributors at a rate seldom seen before – not only in Europe but in LATAM, South Africa, and elsewhere. The firm has also aggressively pursued licensing deals in multiple jurisdictions.

Lady Luck Games’ Art Director is Rasmus Guldbjerg-Kjær. Over the last two decades, Rasmus has created game concepts and designed games that have become some of the best-selling in the world. Think “Hitman” and “Agent 47”.