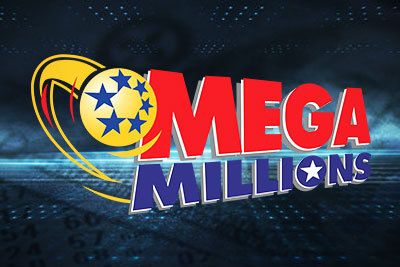 With no big winner in Tuesday night’s drawing the US Mega Millions jackpot is still in record territory and could award the second-highest prize ever for the draw at $1.35 Billion on Friday the 13th. Nobody bought a ticket for Tuesday’s drawing that matched all six winning numbers including the Mega Ball.

The numbers in Tuesday’s drawing were 7, 13, 14, 15, 18, and Mega Ball 9. That jackpot would have been for $1.1 billion if taken as a 30-year annuity. Each time a drawing is held and there is no jackpot winner, the prize grows relative to the number of ticket sales, so it’s always possible that interest will explode and the prize for a successful ticket could exceed $1.35 billion this weekend.

It’s not necessary to pick all 6 numbers to become a millionaire, however, the second-tier prize can award at least a million dollars and if the optional “Megaplier” bet is purchased it can become a lot more.

No Big Winner, 16 Millionaires Made

In Tuesday night’s drawing, 16 tickets were sold that were eligible for the second-tier prize of $1 million to $3 million.

If a single ticket is sold for Friday’s drawing with all 6 numbers matching, its cash value would be about $708 million – most winners take the cash option rather than 1/30th of the advertised value per year for 30 years.

Even if no winning jackpot ticket is sold for Friday’s drawing, and the prize is rolled over again, it’s only possible but not likely that the jackpot will reach number one territory on Tuesday. The all-time Mega Millions record jackpot is currently $1.537 billion, so ticket sales would need to nearly double between this week and Tuesday in order to beat that number.

The record $1.537 billion Mega Millions jackpot record was won in South Carolina in 2018.

Friday the 13th Will Be Somebody’s Lucky Day – But How Lucky?

Remember, the game made 16 millionaires on Tuesday night and it’s bound to provide similar results to a handful of lucky players on Friday. But will a jackpot ticket be sold? There’s no way to know!

The lottery said in a news release early Wednesday, “While many consider Friday the 13th an unlucky day, it has been rewarding for Mega Millions players over the years, with six previous jackpots won on such a day. There’s a chance for another this Friday, and it’s a big one!”

The last Mega Millions jackpot was won for $502 million on October 14 – Friday will be almost three months to the day without a jackpot winner.

And while 16 tickets were sold for Tuesday’s drawing worth at least a million dollars, there have actually been 68 millionaires made by Mega Millions in those three months.

More Than One Way to Skin a Cat

Mega Millions tickets are sold at retail kiosks and over the counter in 45 states, as well as the District of Columbia and the US Virgin Islands.

You still have a shot at becoming a Mega Million billionaire, and you don’t have to live in one of the retail states to play. Trusted online concierge services, sometimes known as lottery messenger services can pick up a ticket for you, as one did for an Iraqi man a few years ago. The messenger service flew him to lottery headquarters in Oregon and saw that he was paid.

Other online lottery models exist as well as such as bookie models and insurance models wherein customers simply bet on the odds, not the actual lottery draw itself.

The largest lottery jackpot ever paid in the U.S. was from a single winning Powerball ticket sold in November worth $2.04 billion.