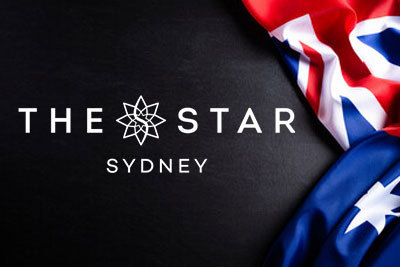 Star Entertainment Group has been hit with a hefty fine and a license suspension for its past role in allowing money laundering crimes at The Star Sydney casino.

Star was fined A$100m ($62m, £55m) by the NSW Independent Casino Commission (NICC). Although the license was suspended it was not revoked and the casino will continue operations, saving the jobs of thousands of employees. The penalties come as the result of an in-depth and damning inquiry in the Bell Report that was completed earlier this year in New South Wales (NSW).

“If it were not for The Star’s change in attitude and our belief that it is in the public interest to protect the thousands of jobs at risk, there might have been a different outcome,” said NSW regulatory chief Philip Crawford.

The report conveyed a laissez-faire attitude by corporate governors toward organized criminal activity including money laundering at the property as well as deliberately trying to cover up the indiscretions.

At the time of the report, Crawford said: “The institutional arrogance of this company has been breathtaking.”

While the casino will be able to continue operations it will not be allowed to do so on its own. A special manager has been appointed by regulators as one of the conditions of operating whilst the license is under suspension.

Among promises made by management are vows to continue implementing changes in leadership, increased security staffing, and an end to “junkets” that recruit high-dollar players, most of whom came from China. Financial reporting rules necessitated cheating by Star in order to handle the VIP bankrolls.

Casinos across the country have been under scrutiny and under penalties for various critical rules violations including properties of Crown Resorts and three other Star properties in Queensland where it was also found “unsuitable” to hold a casino license. All properties were permitted to continue operations under provisional conditions.

In May, the Victorian Gambling and Casino Control Commission (VGCCC) imposed an A$80 million fine on Crown Melbourne for the way they hid transactions by wealthy Chinese gamblers using Union Pay. At the time, it was announced that beginning July 1, 2022, the Victorian Liquor Commission would regulate liquor licensing matters in the state, while the VGCCC would focus exclusively on casino and gambling regulation.

The latest Star penalties, including the record fine, were announced the same day that Robbie Cooke took over executive management after former CEO Matt Bekier and other top staff had resigned.

Trading of Star stock on the ASX was halted on Monday and is expected to begin trading again on Wednesday.

The Star Sydney will operate under special manager, Nicholas Weeks of Wexted Advisors for 90 days in order to determine if the Star’s prior failings can be put to right and attain suitability. The official period of license suspension is to begin on October 21.

NICC Chief Commissioner, Philip Crawford said: “The NICC has resolved that it is no longer in the public interest that The Star should remain in control of that license, and that The Star is not currently suitable to be the holder of the license.

“The Star’s current board and executive understand the gravity of Bell’s findings. They have publicly apologized and acknowledged the serious wrongdoing that occurred, and they are willing to cooperate with the regulator.”