Get ready for a flashback to New York City in the 1990s with Pat Riley, Patrick Ewing, John Starks, Charles Oakley, and Anthony Mason. Spike Lee – self-proclaimed superfan of the New York Knicks and big time Hollywood director — will create and direct a documentary-style series on the New York Knicks based on the book “Blood in the Garden: The Flagrant History of the 1990s Knicks” by Chris Herring. 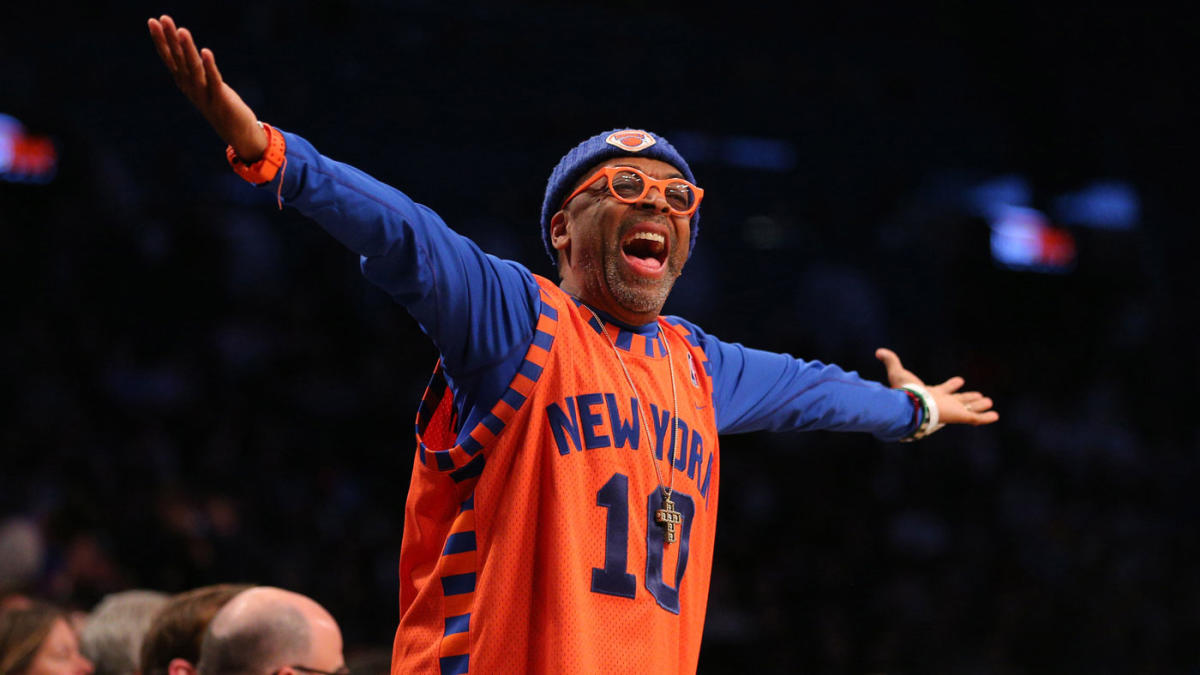 Lee is season ticket holder and lifelong Knicks fan who could be spotted sitting courtside for home games at Madison Square Garden. Stefan Bondy from the New York Daily News confirmed the rumors that Lee would be involved in an upcoming series on the Knicks.

It was only a matter of time before the Knicks for the proper treatment, and it’s fitting that Lee gets to bring the story to life.

There’s no specific timetable on the release date, nor is there a specific streaming entity involved as of yet.

And for Knicks fans:

Spike Lee confirmed to me he’s working on a film series based on “Blood in the Garden,” a book about the 90s Knicks.

In the last few years, sports documentaries have been growing in popularity. It began with the 30 for 30 series conceived by Bill Simmons for ESPN, when he tapped top-notch directors to delve into some of the biggest sports stories of the 1980s and 1990s.

The New York Knicks were the subject of a three different 30 for 30 docs. Don Klores directed “Winning Time: Reggie Miller vs. the New York Knicks”, which was released in 2010 and also features Spike Lee. In 2013, ESPN released “Bernie and Ernie” directed by Jason Hehir about the relationship between New York Knicks stars Bernard King and Ernie Grunfeld. “When the Garden Was Eden”, directed by Michael Rapaport, debuted in 2014 and covered the heyday of the Knicks with two championships in the 1970s.

Earlier this year, HBO released a series “Winning Time” based on the Jeff Perelman book about the 1980s Showtime Lakers. It would be cool to see a similar scripted series about the Knicks, but it looks like Lee is focusing on a documentary-style series.

Apple released a documentary series title “They Call Me Magic” on the life of Magic Johnson and his fight to stay alive after he was diagnosed HIV+.

Blood in the Garden

After nearly 30 years since Pat Riley took over as head coach of the New York Knicks, it’s time to revisit the last time the Knicks were relevant. The modern-day Knicks has been in a tailspin ever since Cablevision scion James Dolan took over control of the team after his father purchased it in the late 1990s.

However, before the Dolans bought the Knicks, they were one of the best teams in the Eastern Conference. The early 1990s version of the Knicks were led by Patrick Ewing and Charles Oakley, and the blue collar work-ethic of the team epitomized a defensive-minded mentality that encapsulated the rough and tumble NBA in that era.

The Knicks, coached by Riley and later on by his protege Jeff Van Gundy, parlayed their success into two trips to the NBA Finals in 1994 and 1999. However, the Knicks fell short of winning a championship by losing to the Houston Rockets in the 1994 Finals, and to the San Antonio Spurs in the strike-shortened season at the 1999 NBA Finals.

For the first half of the 1990s, the Knicks could never get out from the shadow of Jordan and the Bulls. By the end of the 1990s, an aging and banged-up Ewing could not put the Knicks over the top.

In the last two decades, the Knicks have become the laughingstock of the NBA. The ineptitude stems from Dolan, because the toxicity and incompetence rolls downhill. No matter what moves the Knicks tried to make, they all backfired.