Deebo got the bag. A big one. Deebo Samuel, one of the most dangerous and explosive offensive weapons in the NFL, signed a three-year contract extension with the San Francisco 49ers worth upward of $73.5 million. 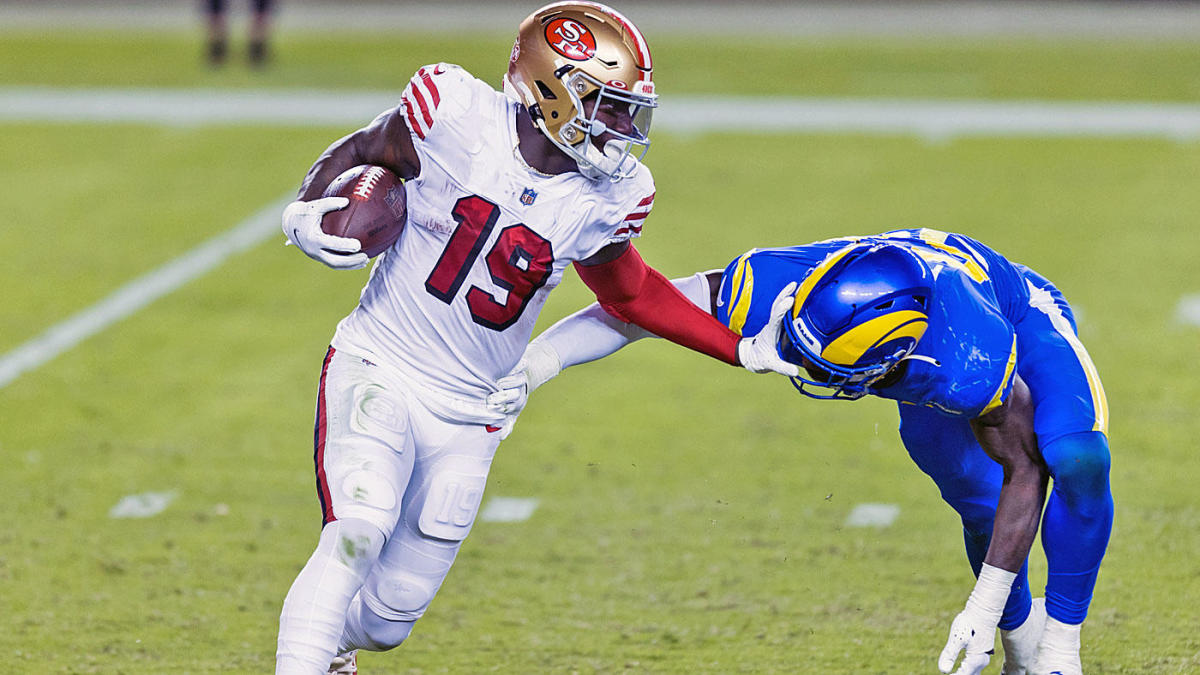 Deebo Samuel from the San Francisco 49ers stiff arms a defender from the LA Rams during an NFC West divisional tilt in 2021. (Image: Getty)

Indeed, Samuel demanded a trade back in April, but he got exactly what he wanted with a lucrative contract extension and a guaranteed payday. The new contract includes a whopping $58.1 million in guaranteed money.

Samuel is a freak of nature, but proved his versatility in Kyle Shanahan’s offense as a rare multi-positional player. Since the 49ers selected Samuel with a late second-round pick in the 2019 NFL Draft, he leads the NFL averaging 9.8 yards after the catch. Simply put, get the ball to Samuel, and you’ll move the chains with a first down.

Samuel proved his worth last season playing both wide receiver and running back, or the newly coined “wide back” hybrid position. With the 49ers thin on running backs due to injuries and COVID-19, Samuel lined up in the backfield. He excelled despite the fact that running back was not his natural position.

Offensive coordinator Mike McDaniel — who is now the head coach of the Miami Dolphins — loves to think outside the bx and lobbied to insert Samuel into the backfield earlier in the season. Shanahan was skeptical, but when the 49ers ran out of running backs, they had no choice but to start Samuel at running back.

Samuel rushed 59 times for 365 yards and eight touchdowns. He averaged an eye-popping 6.2 yards per carry. In 16 games this season, Samuel tallied 1,770 yards of total offense including 1,405 receiving yards for fifth-best in the NFL. He led all wide receivers averaging 18.2 yards per catch.

Samuel caught six touchdown receptions and rushed for eight more for 14 total scores in 16 games. He also completed a 24-yard touchdown pass on a trick play.

Wide receivers continued to get paid with record-smashing salaries. It’s the roaring 2020s, where wideouts are at a premium in the pass-first, trigger-happy NFL. After signing a new contract with the 49ers, Samuel becomes the seventh wide receiver to earn at least $24 million per season. That list includes Davante Adams, Tyreek Hill, Cooper Kupp, ‘Scary’ Terry McLaurin, and Sefon Diggs. Last season, DeAndre Hopkins was the lone wide receiver to earn $24 million a season.

Deebo Samuel bullies Marcus Peters and comes down with a 33-yard TD on 4th down.