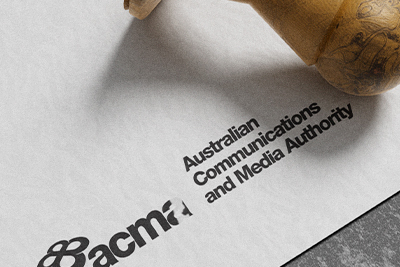 The Australian Communications and Media Authority (ACMA) has gone beyond warning online casinos and blocking access to their sites and has issued an official warning to Proxous Advanced Solutions Limited (Proxous) of Hong Kong, the provider of Realtime Gaming (RTG) branded software products to more than a dozen (former) operators in the market.

Proxous reportedly has sub-licensed RTG games and other software to the online operators the government deems to be illegal operations under the Interactive Gambling Act 2001. The ACMA has been enforcing a new set of rules since amendments to the gambling law were ratified in 2017.

At that time the government announced that it may prosecute civil and criminal violations of the law including hefty fines and prison time. It remains legal for Australian residents to gamble offshore. However, operators risk penalties if they provide unlicensed gambling products.

Since none of the states or territories have opted to regulate online casino gambling and issue licenses, any online gambling is done in a gray zone for players and a black zone for operators.

All publically traded online casino and poker sites pulled out of the market prior to the implementation of the amendments. Many privately owned operators and software suppliers with prestigious licenses in other jurisdictions such as the UK, Malta, and elsewhere abandoned the space as well. Most of the sites that remain in operation are unlicensed or operating under a Curacao sub-license. According to the AMCA, over 170 operations have pulled out of the Australian market since 2017.

The ACMA’s announcement of the warning being sent to Proxous states that investigators have concluded that the supplier, “…was knowingly involved in the provision of prohibited interactive gambling services to Australians in breach of the Interactive Gambling Act 2001.”

RTG was established in Atlanta, Georgia in 1998 but moved to the Caribbean on the heels of the United States Unlawful Gambling Enforcement Act (UIGEA) of 2006 and was “purchased” by Hastings International in 2007. Various products have borne different trademarks including RTG Asia, Spin Logic, and other names. The original RTG Real Series video slots were produced at studios in Australia under obscure names and without being advertised as such but were commonly called “Aussie slots”.

Various parts of the company seem to have relocated in 2017 with no more Australian game production or other services in the country.

Each of the 13 listed casinos has undergone blocking efforts by the Authority but according to a late September 2021 press release by Ozwin, a player in Victoria won over $65,000 jackpot there on Diamond Fiesta an RTG video bonus slot. Since gameplay is completely legal for residents, the winner used his real name and hometown in the press release with no concern.

The Friday warning letter to Proxous was the first action taken by the ACMA against a software supplier, but RTG is not the only offshore operator in the market. Since most actions have been taken against RTG operators it is assumed the software is the most prolific. However, at least two of the casinos on the blocking list are fairly well known as less than savory operations – Two Up (see warning here) and BoVegas (see warning here), so consumer complaints might have factored into some of the censoring decisions.

The public notice reminded readers that not all legitimate-looking gambling sites are licensed or offer consumer protections. The statement directs readers to a registry of licensed sites wherein they will find dozens of licensed online and on-course bookmakers, but no casino game providers.

Five years on from the new regulations and the beginning of enforcement actions it is still unclear if or when any state or territory will create an online casino regulatory framework and start the licensing process.