Bill Russell was considered the GOAT before the acronym was ever created, but now it’s time to pay your respects to one of the all-time greatest basketball players and legendary athletes. Russell, who won 11 NBA championships with the Boston Celtics, passed away at 88. 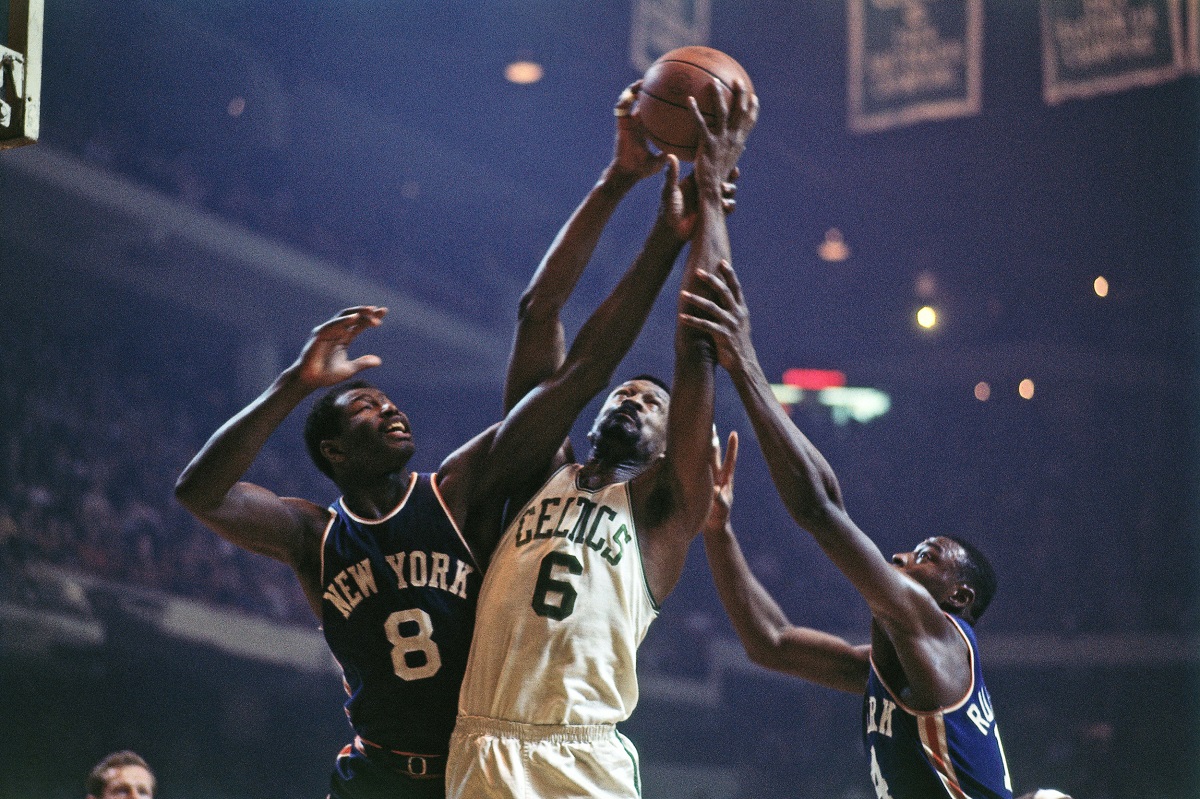 NBA Hall of Famer Bill Russell hauls down a rebound against Walt Bellamy of the New York Knicks in 1967. (Image: Getty)

There’s a hackneyed phrase used in old newsrooms, “Print the legend.” In the case of Russell, his statistics speak for themselves. This is the same guy who once tallied a 30/40 game in Game 7 of the NBA Finals with 30 points and 40 rebounds. Russell also broke the color barrier as the first black head coach in NBA history.

No other American professional athlete won more championships than Russell with 11 NBA titles. If you count the two championships he won in college, plus the 1956 Olympics, Russell was a gold medalist and 13-time champion in a 15-year span. Remarkable. Incredible. GOAT indeed.

Russell was the star player during the Celtics dynasty that won eight-consecutive championships. Even Michael Jordan with the Chicago Bulls only won six titles, but Russell won more titles in a single stretch than Jordan did over his career.

The St. Louis Hawks drafted Russell — a 6-foot-10 center — with the #2 overall pick in the 1956 NBA Draft out of San Francisco, where he led the Dons to back-to-back college championships in 1955 and 1956. Russell was named the best basketball player in the collegiate ranks in 1956, at a time when college hoops was more popular than the NBA.

On the day of the 1956 NBA Draft, Red Auerbach traded Ed Macauley and Cliff Hagan to the Hawks in exchange for Russell. The rest is history. The Celtics won the NBA championship in 1957, and then rattled off eight-consecutive titles between 1959 and 1965. The Celtics added two more titles in 1968 and 1969, and Russell retired after winning in 1969. He retired after only 13 seasons, but had spent the last three as a player-coach.

Russell became the NBA’s first black head coach. He spent time in the 1970s coaching the Seattle SuperSonics and had a stint coaching the Sacramento Kings in the mid-1980s.

During his 13 seasons with the Celtics, Russell won 11 championships. He has named to the All-Star team 12 times and added five MVP trophies. He’s also a four-time rebounding champion, which Russell will tell you he’s more proud of than his five MVPs. He finished his career averaging 22.5 rebounds per game.

Most rings by an MVP:

Russell has won more rings in a row (8) than other MVPs in history have won in their careers. pic.twitter.com/BpuzKoQblF