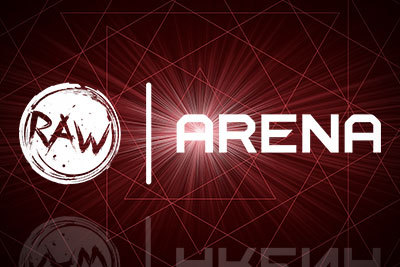 RAW iGaming has rebranded one of the assets it acquired in the purchase of Leander Games which was announced in April. The Leander LeGa platform has been renamed RAW Arena and fired up to serve content to the hungry masses starving for innovative games. Leander Games LeGa is now the RAW Arena.

RAW makes innovative games, completely reimagining the basic interface of spinning reels to punch things up and break with tradition. It’s only natural that they would move up and across into more categories by joining the already burgeoning trade of game aggregation.

CEO of RAW, Tom Wood explains it like this: “Just as we see the commoditization of games across gaming channels, we believe also that aggregation has become similar in its pitch and this makes it difficult for premium studios to understand the difference between offerings. The developers of RAW Arena come from the studio world and understand the difficulties studios face in achieving their goals.

“RAW Arena was created to support these studios with the speed, simplicity and help they need to quickly deliver any number of games to market with features and services that make their lives.”

More than remote game servers and the bundling of game packages, the platform also features the Arena Foundation, a development kit and framework wrapper that allows studios to choose the programming language of their choice.

Along with new ideas comes a new vernacular, some parts of it specific to RAW products. Broken down into what it means to players, the platform offers premium partners access to bonus elements like Arena Free Spins and Arena Crusades – a new way for players to compete in slots play.

On the more technical end of things, there are two ways for studios to get plugged in – Gateway accepts RGS to RGS integration and the Native approach that sees Arena offer any level of help needed to get innovative quality content up and running on the platform to break into new markets. Raw Arena brings more than a dozen years of LeGa work to the job with over a dozen solid jurisdictions and counting.

RAW founder, Woods, continues with: “Our distribution network is quickly growing and offers studios a large list of key operators in 14 different markets as well as innovative features designed to acquire and retain players.

“We believe in working closely with our studio partners and believe together, in collaboration, we can achieve games that penetrate operators’ top lists while delivering value to the entire value chain.”

The Leander framework was purpose-built in Buenos Aires. The Leander founders moved on to form Vibra Gaming along with the creator of Argentina’s Spieldev which they rebranded to Vibra. Leander was RAW iGaming’s first major acquisition.

Keep your finger on the pulse of this pink shark in a sea of sameness… things are bound to get “curiouser and curiouser!”