The Cincinnati Bengals got hot in the playoffs last season and secured a trip to Super Bowl 56, but they’re the second favorite on the board to defend their 2022 AFC North title at +190 odds and trailing the Baltimore Ravens at +160. 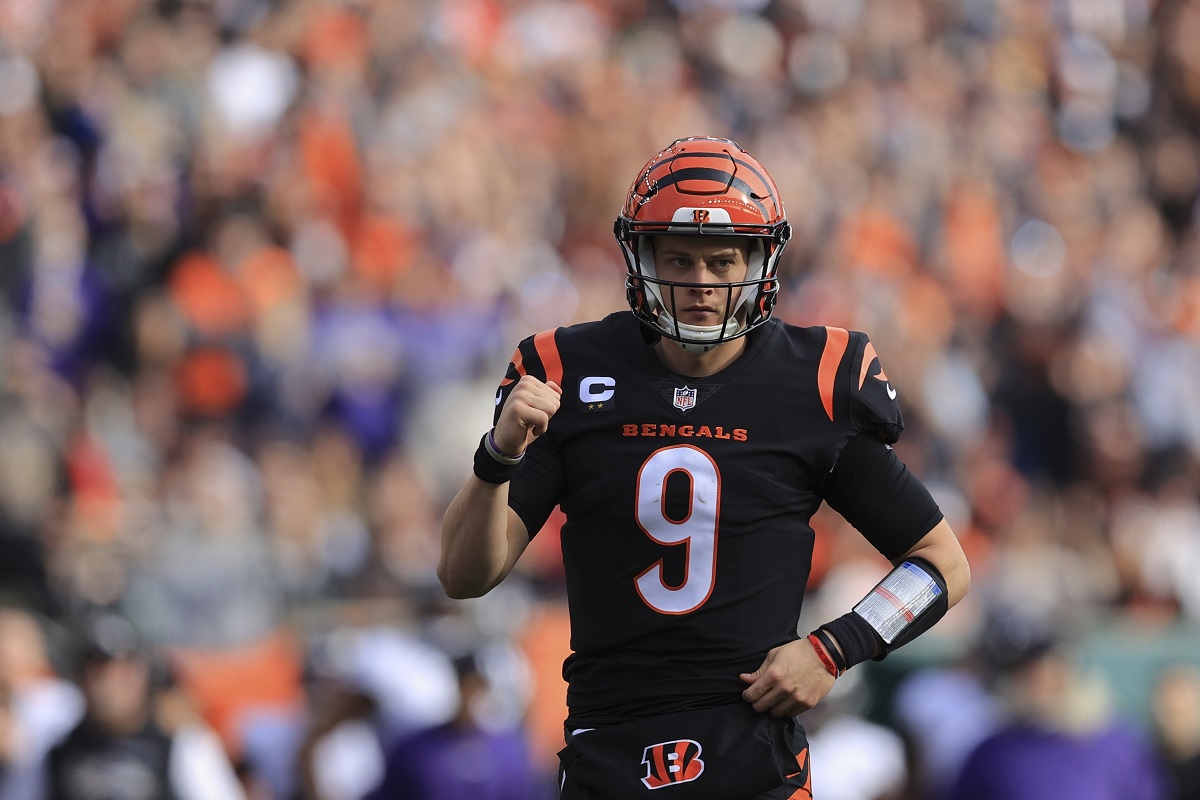 The AFC North is synonymous with smashmouth football and the toughest division because the rivals tend to beat the crap out of each other whenever they meet. Since 2008, the division winner advanced to the Super Bowl four times including the Bengals last season.

The Bengals and Ravens have similar odds to win Super Bowl 57 at +2200 odds, but in the middle of the pack. Both teams are also +1000 odds to win the AFC Championship, and tied for fifth on futures board.

The Ravens won the AFC North in back-to-back seasons in 2018 and 2019, but fell short of the mark the last two seasons. The unfortunate Ravens went 8-9 last season because they were decimated with injuries to their backfield and secondary.

The Ravens have a win total of 9.5 o/u this season due to a tough schedule with nine road games including non-division games versus the New England Patriots, Tampa Bay Bucs, and New Orleans Saints.  They also have tough home games against the Miami Dolphins and Buffalo Bills in September, and could start the season 1-4 with their only easy game against the LOL Jets.

The Ravens are a popular pick at +160 odds to win the AFC North this year because a lot of prognosticators think the Bengals will take a step back this year after a super-successful last season.

There’s always at least one playoff team that fails to advance to the postseason the next year. Could that be the Bengals and Joe Burrow? The Bengals took advantage of a soft schedule in 2021 to win the AFC North, then caught a huge break to win the AFC Championship when Patrick Mahomes had the worst playoff game of his career.

Now, the Bengals have to face the downside of their postseason success with one of the hardest schedule on the docket this season. The Bengals could start the season 2-6, but then they have a difficult post-bye schedule with six difficult matchups including four road games at the Steelers, Tennessee Titans, Tampa Bay Bucs, and New England Patriots with home games against the Kansas City Chiefs and Cleveland Browns sandwiched in between in December. The Chiefs cannot wait to enact revenge on the Bengals in Week 13.

The bookies were kind when they installed the Bengals with a win total of 10 o/u, but there’s a scenario in which they could lose 10 games. The public has a short-term memory and will want to back the Bengals against next season, but proceed with caution.

The Browns are a huge question mark because it’s unknown how many games Deshaun Watson could miss due to disciplinary measures from the NFL as a result of his sexual misconduct lawsuits. Watson settled all the lawsuits out of court, but the league office could drop the hammer on Watson. Word on the street is that he might miss six to eight games, but there’s a possibility he gets suspended for an entire season.

The current line is based on the assumption Watson misses at least six games. He already sat out all of last season in order to force the Texans to trade him, but they waited until this offseason. So there’s a god chance he will not suit up until midseason after a 1.5 year layoff. Who knows how many games will it take before he shakes off the rust.

There’s rumors that the Browns would acquire Jimmy G in a trade with the San Francisco 49ers as an insurance policy against a Watson suspension. The Browns are one of the few teams that have the cap space to pay Jimmy G’s salary. The Browns are +275 odds to win the NFC North, but there’s too much uncertainty to fire away on a futures bet. Rest assured, Watson will make an impact next season, but the immediate future is murky.

Big Ben Roethlisberger finally retired, but the Steelers are in a bind without a legit quarterback to succeed him. They have Mason Rudolph and Mitch Trubisky on the roster, but both quarterbacks are backup material at best. The Steelers drafted Kenny Pickett, but we’ll see if Mike Tomlin wants to ease him int the offense or just throw the rookie into the deep end of the pool to go swimming with sharks. At least the Steelers have a couple of standout wide receivers with Dionate Johnson and Chase Claypool. Plus, Najee Harris had an impressive rookie season in 2021 with ten combined touchdowns and 1,667 yards from scrimmage. The Steelers have the lowest win total in the division at 7.0 o/u, but they’re the long shot to win the AFC North at +1000 odds during their transition season.