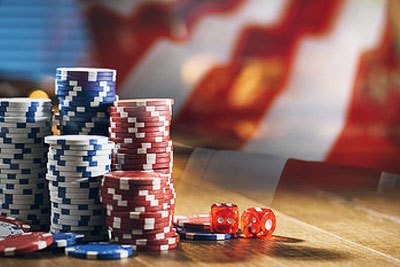 With the demise of the Professional and Amateur Sports Protection Act of 1992 (PASPA, the Bradley Act) following a U.S. Supreme Court on May 14, 2018 sports betting liberalization at the state level rolled across America like thunder with consumers, casinos, and state legislatures welcoming the decision that made the practice legal nationwide again for the first time since 1993.

Online casino gaming has not caught on with the same fire and enthusiasm, but according to industry executives that met at the 25th annual East Coast Gaming Congress in Atlantic City this week, that could change, noting that the potential now exists for imminent expansion and growth in the sector.

Speakers at the event said the existing infrastructure and regulatory frameworks established for the explosive growth of sports betting can be easily adapted to oversight of online casinos.

New Jersey, Delaware, and Nevada were the first states to approve online casino legislation shortly after the Holder DOJ during the Obama administration released an opinion that the Wire Act of 1961 only related to sportsbetting across state lines. The impetus has always been nonsensical except as it applies to interstate server traffic which is not technically necessary for online casinos that only serve players located within a regulator’s state borders.

Nevada neglected to pass regulations for online casinos even though the law allowed for them, preferring to offer only poker, and now sports betting online. Since then, only Pennsylvania, Michigan, West Virginia, and Connecticut have joined the “crowd” and each state only allows players geo-located within its jurisdiction to play.

On September 15, 2022, the US District Court in Rhode Island ruled that a 2018 opinion by the DOJ stating that all interstate gambling was illegal, including lotteries, was flawed when it affirmed a unanimous ruling by an appeals court that sided with the New Hampshire Lottery – confirming the Holder opinion of 2011.

Rush Street Interactive, an operator in several US online gambling states said: “They already have regulators in place. They have servers in place. It’s quicker to start up a casino addition.”

Panelists at the gaming conference suggested Indiana, Illinois, Iowa, and New York could be the next states to liberalize online casino gaming. As well, after the Holder decision, many lotteries took their business online, whether it was for multi-state lotteries like Powerball, or simply to sell tickets online such as about a dozen state lotteries do, according to the executive director of the New Jersey Lottery, James Carey.

Online lotteries have been the impetus for each of the decisions by the Department of Justice as well as courts hearing complaints about the fear of prosecution. In rejecting the DOJ motion to dismiss IGT’s request for declaratory and summary judgments, the court said in its ruling that IGT “should not have to operate under a dangling sword of indictment while DOJ purports to deliberate without end the purely legal question it had apparently already answered and concerning which it offers no reason to expect an answer favorable to the plaintiffs.”

According to a Wayne Parry report from the Associated Press, Evolution’s commercial director of North American operations, Jeffrey Millar said: “I’m confident there’s plenty of room for growth.” Evolution is a Stockholm-based provider of live dealer casinos for online players and is the parent company of NetEnt and Big Time Gaming – two of the most popular brands of online slots globally.

One thing standing in the way of interstate online casino gambling is a misapplied law from 2006 called the Unlawful Internet Gambling Enforcement Act (UIGEA). The law makes it a crime to process money into or out of any illegal gambling operation. However, the “assumption” that online casinos in the US, or even offshore are illegal is flawed and based on a misunderstanding of the Wire Act of 1961 – a law passed by the Kennedy administration to choke off mob-run telephone sportsbetting.

The US Federal Trade Commission (FTC) as well as the Federal Reserve and other government entities stiff define “unlawful gambling” as “any betting” and then add in “as defined”. However, the UIGEA clearly states that it neither creates nor modifies any existing gambling laws.

As such, and without further guidance from the government, US financial institutions are unlikely to relax their prohibitions on funding casino accounts outside of the state by state, in-state betting even though there is no known prohibition existing in law.

It’s not even likely that a “neo-bank” like Chime would become involved as banking services for the non-bank “financial technology company” are handled by The Bancorp Bank or Stride Bank, N.A., both Members of the FDIC.

For now, barring lawsuits brought against the government by deep-pocketed and powerful interests like IGT, forcing the courts to declare UIGEA moot except as it pertains to actual illegal betting (interstate/international sports betting) – or – federal legislation that codifies online gambling law, nothing is expected to change, giving each state the ability to expand its gambling offerings from sports only to casinos games and possibly poker. Interestingly, some interstate “poker liquidity pools” already exist with players in Delaware being able to compete against players in Nevada or another poker-regulated state.

The hodge-podge of law continues…