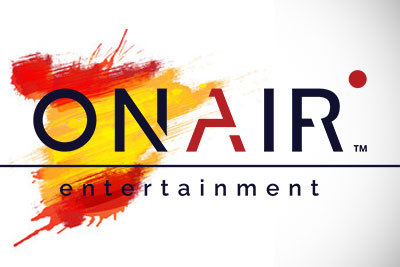 OnAir Entertainment, the live dealer casino game provider, has revealed the location of its fourth studio. OnAir intends to open a new studio in Spain in the first part of next year. The company plans to preview its state-of-the-art studio concept at SBC Summit Barcelona 2022 this week.

Auto Roulette will be available in 18 different languages while Standard Roulette and the upcoming Nexus Roulette will be presented by Spanish speakers, adding to the OnAir collection of localized and native language tables.

Digital branding is a big part of custom live casino entertainment and this studio will be no exception with the localized dedicated digital branding environment reflecting the particular needs of operators serving the Spanish market.

The small but locally important studio should open by the end of the first quarter in 2023. A release by the company states that operators are already expressing interest in the offering with an eye toward expanding their portfolios.

Spain will join Italy and Romania as a new market in the coming year. Riga, Latvia; Bucharest, Hungary; and Tbilisi, Georgia all host or will host studios from the company with the Georgia studio covering four floors and bringing the table to count to more than 220 worldwide.

SBC Barcelona runs mid-week from September 20th to the 23rd and OnAir representatives will be on hand with a new stand to unveil the innovative state-of-the-art live casino products and technology for industry observers and stakeholders. Of course, salespeople will be on hand as well to help operators make the decision to utilize this fast-growing company’s products and services.

OnAir has broken records by launching in 10 new markets in just 10 months with an aggressive global footprint expansion campaign. These markets include a suite of specifically tailored solutions for players in the Netherlands as well as Denmark, the imminent launch of the company’s Romanian studios, and the upcoming Tbilisi studios in Q1 2023.

OnAir Entertainment wasted no time in collecting regulatory compliance accreditation and is already certified in the key markets of MGA, the Isle of Man, the UK, Greece, Ontario, Canada, Latvia, Sweden, Denmark, and the Netherlands.

Head of Operations at OnAir Entertainment, Mathijs Beugelink said: “As part of our global expansion plans, Spain has always been in our plans to launch our immersive and customized games experiences, and what better products than with our wide range of roulette tables?”

He continued, “The time to make it happen is already here. We are committed to becoming the leading provider of live casino content in the industry, and this studio is another step towards achieving this goal.”