PokerStars LIVE Asia completed its first event of the calendar year with the Okada Manila Millions crowning Philippine player Sean Manalon as its newest Main Event champion. After a four-way deal, Manalon bested highly decorated local pro Christopher Mateo at heads up for his first ever live win. He pocketed a career high PH₱ 465,000 (~$8,480) and an APPT Manila package worth PH₱ 100,000 (~$1,825) 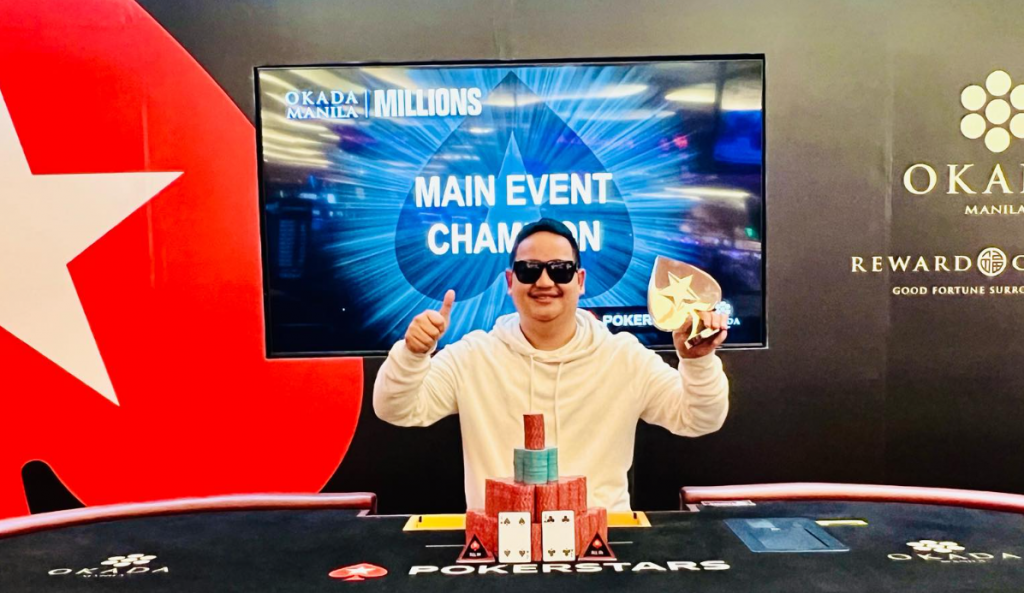 The final five players were all from the Philippines. Jonald Garcia was first to go to collect PH₱ 150,000. He added those winnings to the PH₱ 96,500 he shipped at the 10K Knockout event. The remaining four players struck a deal that guaranteed each one PH₱ 465,000 then played for the APPT Manila package worth PH₱ 100,000. Among them was Bell John Perez who clinched the Manila Megastack 15 in November. He exited 4th followed by Ricardo Torres in 3rd. Manalon went on to defeat Mateo at heads up to lift his career first spadie.

For runner up Mateo, despite missing out on the main title, he still walked away a champion at the 15K Shot Clock for his seventh PokerStars trophy.

Up next for PokerStars LIVE Asia

Next up for PokerStars LIVE Asia is the Manila Megastack which takes place from February 20 to 26 at Okada Manila. Now in its 16th installment, this mid-ranged festival has become one of the most popular series by the brand. In addition to a strong showing by the locals, it brings in a sizable international crowd. Buy ins range from PH₱ 4,500 to PH₱ 75,000. The Main Event features a PH₱ 10,000,000 guarantee. Stay tuned for the full schedule.