Even putting aside undefeated favorite Baaeed, who comes into Wednesday’s Group 1 Sussex Stakes 8-for-8, the depth in this Breeders’ Cup Challenge Series race is so pronounced that trainer Charlie Appleby can replace one major contender with a Breeders’ Cup champion. 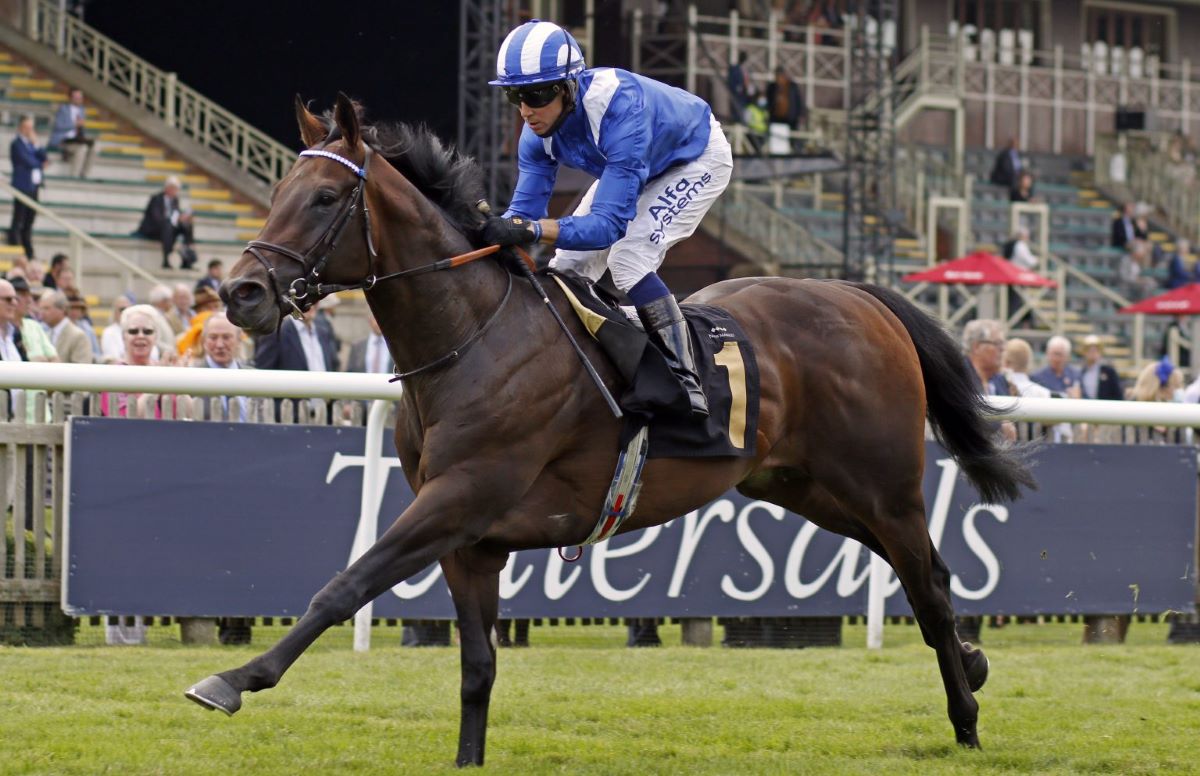 Baaeed is the top-ranked horse in the world. The 4-year-old comes into Wednesday’s Sussex Stakes unbeaten in eight races. (Image: Shadwell Stud)

Yes, Appleby has that luxury, courtesy of Modern Games. He replaces 2,000 Guineas winner Coroebus, who Appleby scratched due to an abscess in his left hind pastern. Appleby tweeted the news out Monday morning, pulling the 3-year-old and his 4-for-5 record out of the race at Goodwood.

That’s replacing one Group/Grade 1 winner with another, one who won the Breeders’ Cup Juvenile Turf at Del Mar last fall. Not that this race is short of that genus. Along with Baaeed and Modern Games, there’s last year’s Sussex winner Alcohol Free and 2020 Breeders’ Cup Mile winner Order of Australia.

🇬🇧 Glorious Goodwood Festival preview!#TeamGodolphin head to @Goodwood_Races with a strong hand, despite a setback which has seen Modern Games deputise for Coroebus in Wednesday’s showpiece G1 Sussex Stakes.

The line of contenders, however, forms behind Baaeed. Currently ranked No. 1 in the world according to the Longines World’s Best Racehorse Rankings, Baaeed’s last four victories were all Group 1 races. That includes his 1 3/4-length Queen Anne score at Royal Ascot, a victory coming with an automatic berth to the Breeders’ Cup Mile.

This race offers the same prize to its winner.

Half of Baaeed’s eight wins are Group 1s

Last year, Baaeed beat Order of Australia by 1 1/4 lengths in the Prix du Moulin de Longchamp. That gave him the first of those four Group 1 wins. His second came against former World No. 1 Palace Pier in the Queen Elizabeth II Stakes in October.

Baaeed’s dominance has been so pronounced that trainer William Haggas ran out of superlatives. He’s also run out of challenges at one mile, saying that this may be Baaeed’s last mile jaunt. He plans running him in the 1 1/4-mile Juddmonte International next month.

“There’s not a lot more I can say that I haven’t already said, but all has gone well since the Queen Anne and we are nearly there,” he said. “If all goes well at Goodwood and again in the Juddmonte, we probably won’t’ see him at a mile again, but I don’t know. If he runs in the Juddmonte and gets beaten through lack of stamina, then of course, we might come back to a mile.”

That may be a blessing to the rest of this field, starting with Alcohol Free. When she won the Group 1 Darley July Cup at Newmarket in July, that broke a five-race losing streak. That streak began after she won last year’s Sussex Stakes by nearly two lengths. That Darley July Cup win was Alcohol Free’s fourth Group 1 score.

Modern Games brought a four-race winning streak into June’s Prix du Jockey Club at Chantilly. He finished third, knocking him off stride and into a fifth-place finish last out in the Prix Jean Prat at Deauville. He faded in the last 100 yards and finished fifth as the 8/5 favorite.

Then, there’s Order of Australia, who finished fourth in the race last year. It seems like years ago when he led an Aidan O’Brien 1-2-3 sweep of the Breeders’ Cup Mile as a 73/1 longshot. Instead, it was just two years ago.

But Order of Australia hasn’t won a Group 1 race since. Hampering those efforts was a hairline fracture of his fetlock bone suffered in the Grade 1 Keeneland Turf Stakes last October. He did win last out, defending his 2021 title in the Romanised Minstrel Stakes at The Curragh.

Order of Australia comes in as O’Brien’s best hope for his sixth Sussex title, but it may be a taller order, given the depth of this field.