The NFL stripped the Miami Dolphins of a first-round pick in the 2023 NFL Draft and a third-rounder in 2024 for tampering with quarterback Tom Brady and head coach Sean Payton when they were both under contract with different teams. The NFL also fined Stephen Ross — the widely-loathed owner of the Miami Dolphins — a sum of $1.5 million fine for violating the league’s anti-tampering policy. 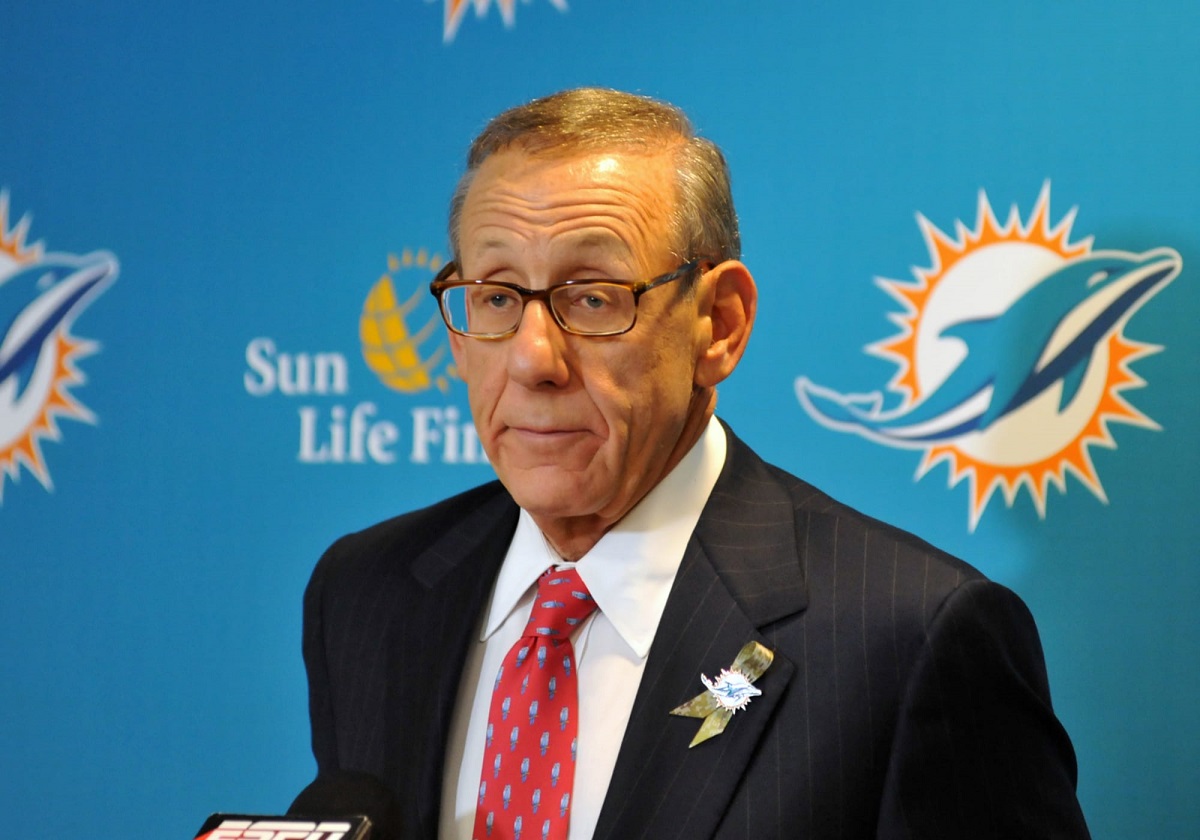 The fine is a slap on the wrist for the billionaire Ross, but it comes one day after the controversial Deshaun Watson suspension. NFL conspiracy theorists think the league released their findings of a six-month investigation into the Dolphins and Ross — for tampering and tanking allegations — to push Watson’s sexual assault scandal out of the news cycle.

“The investigators found tampering violations of unprecedented scope and severity,” said Commissioner Roger Goodell. “I know of no prior instance of a team violating the prohibition on tampering with both a head coach and star player, to the potential detriment of multiple other clubs, over a period of several years.”

Ross also faces other disciplinary actions for trying to entice Brady to join the Dolphins as early as 2019. He is suspended until October 17, and not allowed to participate in any team activities or attend any games. Dolphins fans are actually thrilled because it means their meddling owner will not be involved in the organization for the first six weeks of the season.

The Dolphins qualified for the postseason only twice since Ross purchased a stake of the team in 2008. The Dolphins last won a playoff game in 2000, and have not won a Super Bowl in almost a half-century since the Dolphins won back-to-back championships under Don Shula in 1972 and 1973.

Ross was hell-bent on enticing Brady to leave the New England Patriots and turn around the Miami Dolphins. Ross offered Brady a piece of the team ownership along with building a brand-new facility for his Brazilian witch doctor. However Brady was still under contract with the Patriots at the time. The tampering continued and Ross attempted to court Brady again after he joined the Tampa Bay Bucs and won a Super Bowl two seasons ago.

Ross had a championship vision with Brady as the starting quarterback and Sean Payton as the head coach. Brady and Payton share an agent, which is how the two were initially paired in this hair-brained scheme. Teams talk to players and coaches under contract via intermediaries all the time, but the Dolphins were not slick about their pursuit of Brady and Payton.

This initial investigation stems from the firing of head coach Brian Flores. Ross tried to bribe Flores to tank and lose games on purpose so the Dolphins could get a new quarterback via the NFL Draft. Flores refused to tank, so Ross fired him.

Ross also wanted Flores to have a secret meeting with Deshaun Watson in an attempt to persuade Watson to join the Dolphins. Flores also rejected the request due to its illegal nature. Flores’ actions to play by the rules angered Ross, who fired him as soon as he had the chance even though Flores led the Dolphins to back-to-back winning seasons.

The dismissal of Flores set for a chain reaction of events, which the NFL investigated. Along the way, they found evidence of Ross tampering with Brady and Payton.

Looking back, it makes sense why Payton abruptly retired from the New Orleans Saints at the end of the season, and Brady’s premature retirement also seemed off.

Perhaps Brady and Payton — via their shared agent — found out that the NFL would come down hard on them for the tampering involvement with the Dolphins, considering both parties had previous run-ins with the NFL. Payton was the head coach of the Saints during the Bountygate scandal between 2009-2011. Brady was a part of two scandals with the Patriots including Spygate (spying on New York Jets coaches) in 2007, and Deflategate (the improper inflation of game balls during the AFC Championship vs Indianapolis Colts) in 2014.

Now, we’re starting to sound like NFL conspiracy theorists. For whatever reason, both Brady and Payton never joined the Dolphins. Fox Sports hired Payton as an analyst, and Brady returned to the Buccaneers. After Brady decided to unretire, Bucs head coach Bruce Arians decided he was dunzo and left the sidelines for the front office. The Bucs promoted defensive coordinator Todd Bowles to head coach, and both Brady and Arians downplayed a rift. Perhaps the Dolphins meddling had something to do with their bad blood/

In the meantime, the Dolphins hired Mike McDaniel as their new head coach to replace Flores. McDaniel spent the previous season as the offensive coordinator under Kyle Shanahan at the San Francisco 49ers. McDaniel was considered another football-nerd wunderkind similar to Sean McVay, and it was his idea to utilize Deebo Samuel at running back when the 49ers ran into personnel issues due to injuries and COVID.