After signing Lewandowski and Raphinha, Barcelona are open to selling Depay in order to fund their spending spree this summer. The Dutchman was Barca’s top scorer last season, with 12 La Liga goals, but his place in the starting line-up is not guaranteed anymore following the top arrivals at Camp Nou. 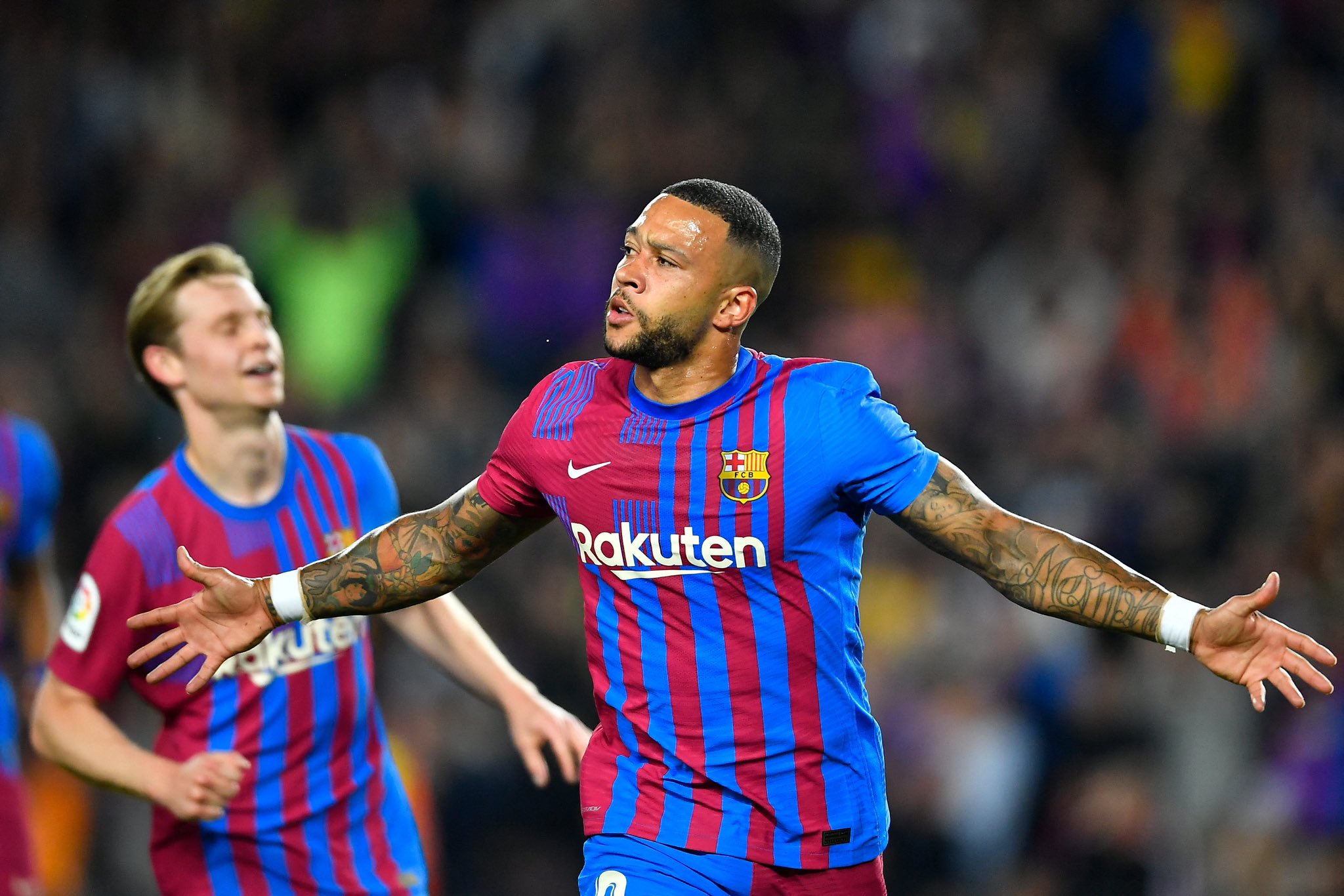 Transfer market specialist Fabrizio Romano wrote on Twitter that Barcelona boss Xavi spoke to Depay about his situation. During the talks, Depay was assured that the club still counts on him if he decides to stay. Barcelona informed Depay that the club will set a low fee for his transfer should he opt to quit. The forward only plans to leave in case a big club meets his demands.

Newcastle United is the latest club interested in bringing Depay to the Premier League. The club backed by Saudi Arabian money is set to battle it out with Manchester United, Chelsea, Tottenham, and Arsenal for Depay’s signature. He left Old Trafford in 2017 but new Man. Utd. boss Erik ten Hag is tempted to make him an offer to return. According to Sport.es, United would be ready to pay up to $25 million to sign the 28-year-old.

Transfer market sources claim Sevilla is the closest to have Depay starting next season and the odds back this storyline. Sevilla is now at +200 to sign him, with Tottenham second-favorite at +350. Chelsea stand at +2000, the same as Everton, while Newcastle is seen as a marginal contender at +2500. Arsenal is at +3300.

How did Depay do last season?

Barcelona signed Depay on a free transfer once his deal with Lyon expired last summer. He played a total of 37 games across all competitions for Barcelona, scoring 13 goals and assisting two. He has also been a key player for the Netherlands national team over the past years, scoring important goals on the road to Euro 2020 and the 2022 World Cup.

And a quick look at his stats would suggest that his move to Spain hasn’t worked out ☹️ pic.twitter.com/miOXvDS0r1

Depay spent just a year-and-a-half at Man. Utd. following his arrival from PSV Eindhoven in 2015. He had a dynamite start to life in England, but soon slipped down the pecking order because of his problems outside the pitch and his lack of scoring form.