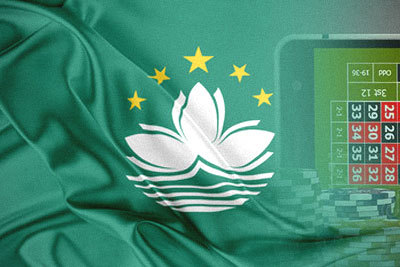 Shares in US-based casino operators with properties in Macau, Wynn Resorts, MGM, and Las Vegas Sands experienced their biggest single-day jump ever on the news that all six existing license holders in the former Portuguese enclave have had their tenders provisionally renewed. Genting had hoped to receive a tender but their proposal was rejected.

The new licenses will be valid for a decade and go into effect with the new year. One of the provisions making the licenses “tentative” is that each operator had to promise to diversify their businesses and invest more money in non-gambling elements.

Local concessionaires also saw a jump in their stock prices with Galaxy showing the smallest gain up 0.47%. SJM was up by 6.96% and Melco share values increased by 8.17%

Macau’s 41 casinos are still reeling from the effects of Covid shutdowns with revenues down by over 50%. One casino patron was recently diagnosed with the virus but no shutdowns were ordered. The government is asking staff at the city’s casinos to test every four days in an attempt to get out in front of the problem.

Licensing authorities did not mention specifically why the existing 6 concessions were awarded new licenses while Genting Malaysia affiliate, GMM Limited was denied a new one. The government did state in a press release issued after the tender that all six had met the necessary requirements of committing to invest in non-game interests, safeguarding the employment of Macau citizens, and submitting plans to expand source markets to attract more foreign visitors.

Cheong Weng Chon, Secretary for Administration and Justice said: “The operation and development of our gaming industry has come to a certain scale today, but there are also some problems. For example, the source of our tourists is too concentrated. It’s not healthy.”

Lawrence Ho, Chairman, and Chief Executive Officer at Melco said, “We are honored to have been selected and granted a provisional award for the concession to operate gaming in Macau and would like to thank the Macau government for running a smooth and transparent process. We are committed to Macau and its development as Asia’s premier tourist destination.”

Wynn Resorts commented: “The ultimate award of the gaming concession contract remains subject to the final documentation of its exact terms and conditions with the Macau government.”

MGM China said: “We fully devote to the Macau SAR. We will continue to develop the city with our strengths and contribute to the non-gaming industry, meanwhile making vigorous efforts in expanding the tourist markets from foreign countries.”