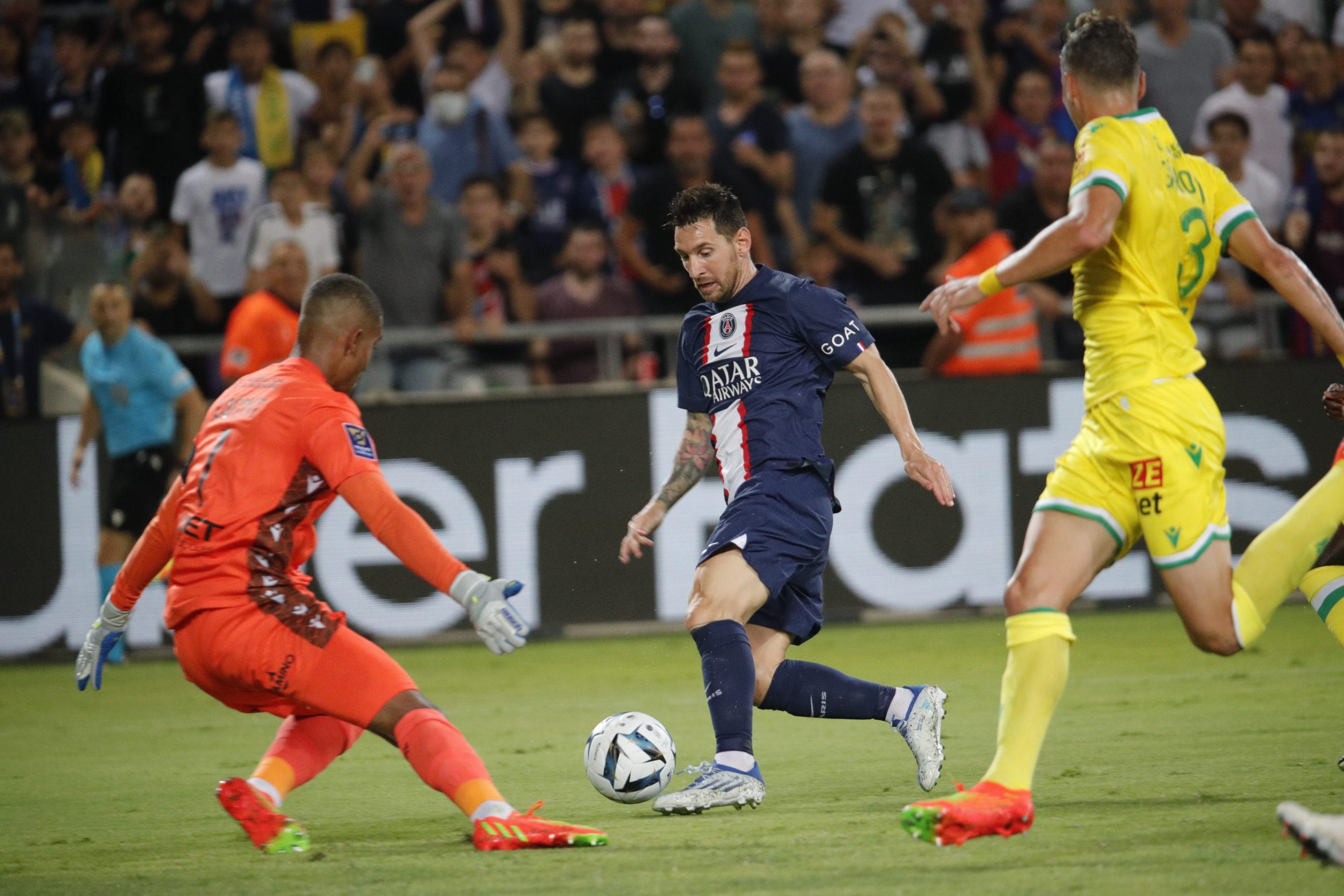 Leo Messi put up a man of the match performance vs Nantes, as PSG came out 4-0 winners in the French Supercup. (Image: twitter/psg_inside)

The match was played at the Bloomfield Stadium in Israel’s city of Tel-Aviv. PSG’s stars put on a show in front of a packed stadium. Lionel Messi reminded fans of his best version with his goal in the 22nd minute, before Neymar made it 2-0 right before the first half ended. Sergio Ramos’ superb backheel goal got fans off their seats just before the hour mark, with Neymar closing events with a wicked penalty in the 82nd minute to set the final score at 4-0.

The match vs Nantes was the first official outing for PSG’s stars under new manager Christophe Galtier, who joined from Nice following Mauricio Pochettino’s departure. With Galtier in charge, PSG won its four summer friendlies leading to the Supercup. Paris kicks off its Ligue 1 campaign on Saturday when the champions play Clermont away from home.

Neymar: ‘If Mbappe, Leo and I are fine, PSG will be fine’

Neymar was close to his best version in the Nantes match, despite having an agitated summer. After president Al-Khelaifi openly demanded more commitment from the Brazilian, he allegedly looked for exit options, unhappy that he was criticized in public. In the end, the air was cleared between the all-time transfer record holder and PSG, so Neymar will continue at Parc des Princes.

“I hope that this season the three of us stay and that it goes well for us. If Mbappe, Messi, and I are fine, PSG will be fine,” Neymar assured in his post-match comments to the media.

Mbappe couldn’t be involved in the Supercup because of a suspension he picked up at the end of the previous season.

PSG spent around $90 million on transfers this summer, signing Vitinha from FC Porto and Nordi Mukiele from RB Leipzig, but also loaning Hugo Ekitike from Reims and confirming Nuno Mendes on a permanent move following a successful loan from Sporting Lisbon.

The most important loss is that of Angel Di Maria, who left on a free transfer to join Juventus.