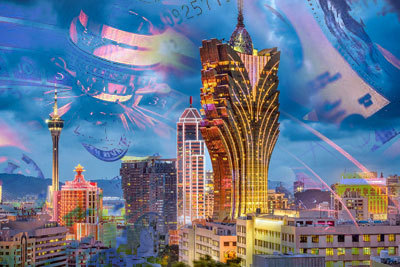 The new licenses will go into force on January 1, 2023. Six provisional licenses were awarded in late November, causing a sigh of relief among operators and a surge in stock values immediately following the successful tender. Upstart contender GMM, an affiliate of Malaysian casino mogul Lim Kok Thay’s Genting, didn’t make the cut in November.

Power struggles and ongoing negotiations lasted over a year in public as operators vied for gambling licenses on the only piece of land under China’s control that allows gambling. The signing roughly coincided with China greatly relaxing Covid controls that had left the former gambling capital of the world with holes in operators’ pockets as revenues fell and stayed low.

Bare hours prior to the signing of concessions, the government abandoned a quarantine requirement for all new arrivals. Instead, travelers will need to submit to antigen testing daily. Replacing the “zero covid” scheme of the past, the new “0+5” policy translates into visitors being on defacto red status for three days, yellow for two more, and “green” thereafter. Visitors are required to be isolated for five days according to the South China Morning Post.

Ten to One Non-gaming to Gaming Commitments

The operators are in for the long run with concessions lasting until 2033.

A combined total of nearly US$15b will be invested between the six operators with the lion’s share, US$13.6bn going toward non-gaming investments and only US$1.26bn to be invested in gaming. Each operator was also required to have capital reserves of 25x more than previously required, going up from MOP$200m to a staggering MOP$5bn. Macanese Pataca (MOP) is currently valued at about $0.12 so the result is over US$600m each.

At a Saturday press conference, the operators presented their overall business plans and investment schemes.

According to GGRAsia, Wynn intends to create an interactive amusement center and theater while SJM has committed to major revamps to Grand Lisboa and the Hotel Lisboa. Sands China will enhance its garden in Cotai with a glass conservatory and Galaxy plans to spend over US$3 billion to build an amusement park.

Late 2024 will see the return of The House of Dancing Water to Melco’s Studio City with a residency between 2023 and 2025. The show which features Leon Lai, Aaron Kwok, and Joey Yung was extremely popular but stopped its run due to Covid-19. Up to 90 shows could be performed in that time.

Additional amenities that could be built at Altira Macau casino hotel in Taipa, and City of Dreams include a clinic, a cineplex, a skate park, and an indoor water park.

MGM Grand Paradise Managing Director, Pansy Ho said, “With excitement and unwavering spirit, I will devote myself to taking up the responsibilities over the next 10 years and carrying out the Company’s commitments to Macau. We strive to propel the city forward, and will continue to leverage our strength to bring forth innovations, giving fresh impetus to Macau’s position as ‘One Center, One Platform, and One Base’.”

A spokesman for Wynn Resorts stated: “Through our extensive and positive discussions with the Macau government, we are confident that the market holds significant future opportunity. We thank the government for its partnership and look forward to further supporting Macau as a world tourism and leisure center.”