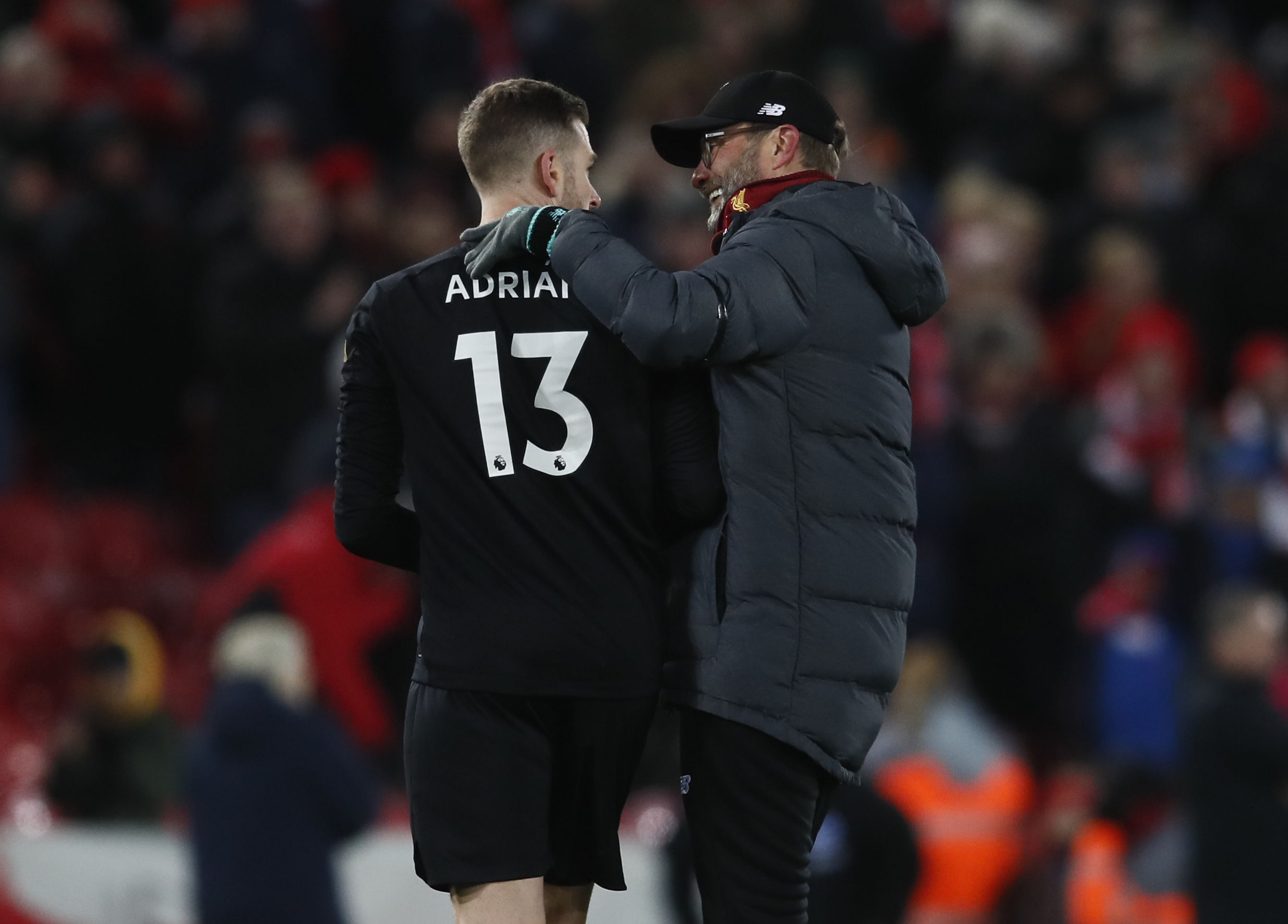 Third-choice Liverpool goalkeeper Adrian is likely to start in goal against City in the Community Shield on Saturday. (Image: twitter/footyaccums)

Starting goalkeeper Alisson and forward Diogo Jota will not be involved in the clash, with both confirmed out by Jurgen Klopp. Alisson only featured in Liverpool’s first pre-season friendly against Manchester United, in Thailand, then being sidelined with an abdominal problem. Jota sustained a hamstring injury while on national team duty in June and is yet to make a full recovery. Both Alisson and Jota are expected to be fit for Liverpool’s Premier League opener on 6 Aug. against Fulham.

“Alisson and Diogo, no,” Klopp said on Thursday. “Alisson trained today more than the day before, so he will definitely be available for Fulham but not for the weekend. Same for Diogo, that will take a while, unfortunately,” the Liverpool manager added.

Liverpool will not count on second choice keeper Caoimhin Kelleher either. He missed the 1-0 defeat vs Salzburg, with veteran keeper Adrian playing between the sticks. The Spaniard is expected to start in goal against City, with one of 18-year-olds Harvey Davies and Fabian Mrozek as back-up.

After playing the Community Shield on Saturday in Leicester, Liverpool meets Strasbourg at Anfield just 24 hours later in the final pre-season friendly before the Premier League kicks off the following weekend.

City sits at +130 to win the Community Shield, the match which opposes the Premier League and FA Cup winners each summer. Liverpool is at +190 to triumph in normal time, with a draw at +250.