England’s women’s team beat Germany 2-1 after extra-time at Wembley to win its first European trophy. Tens of thousands joined the Lionesses at Trafalgar Square in London on Monday to celebrate. 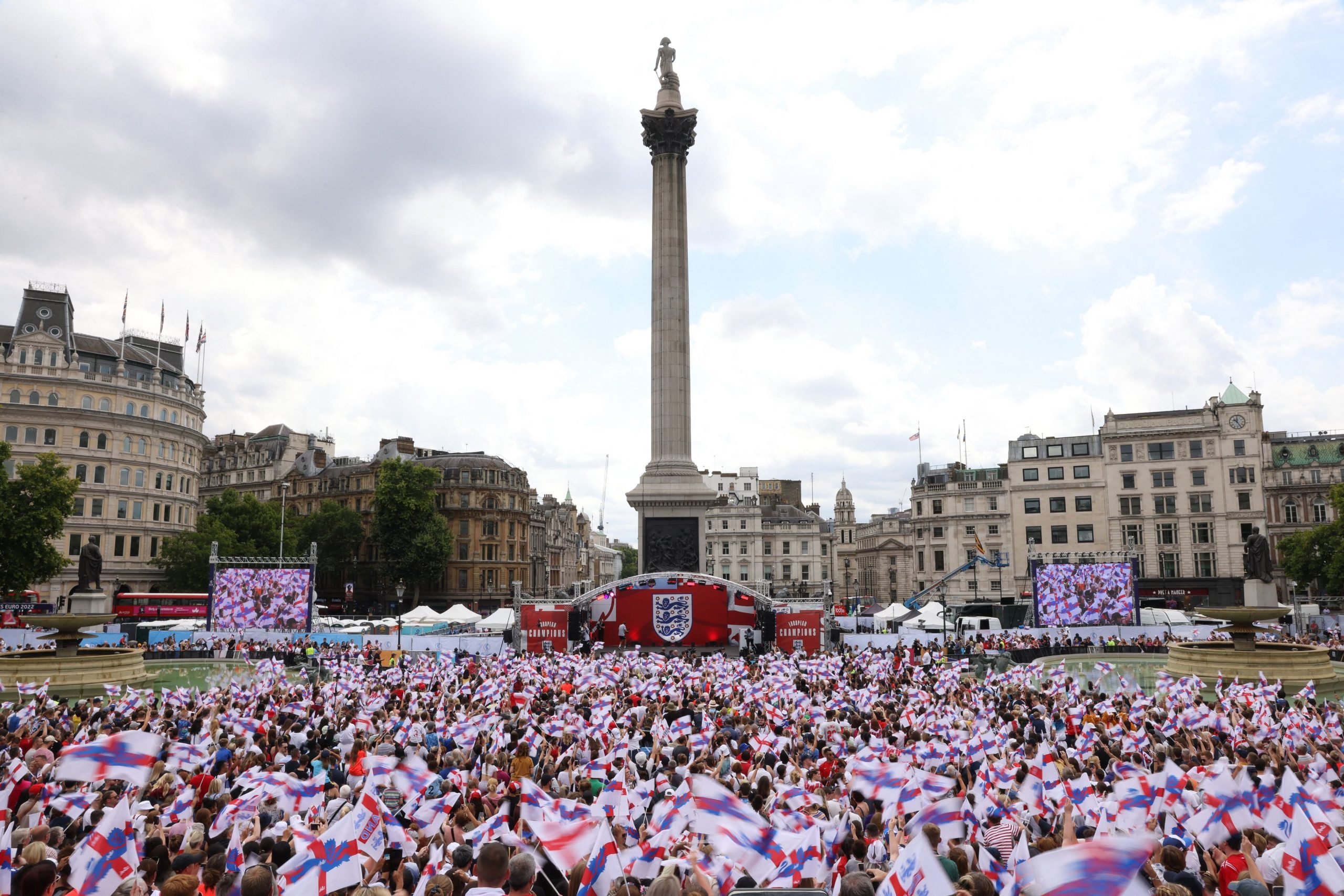 Tens of thousands gathered at Trafalgar Square in London to honor England’s Lionesses after her triumph at Euro 2022. (Image: twitter/attackingthird)

England’s triumph at the Euros is, in fact, the first continental silverware the country wins in both men’s and women’s football.

After a night of partying, the England players met the fans downtown London. Many of them still wore their medals, with huge cheers coming for every player in the squad, as well as manager Sarina Wiegman and her coaching staff. People traveled from all over England to honor the historic achievement they owned to Wiegman and her players.

The English FA’s chief executive Mark Bullingham said the players had “captured the nation’s hearts” and their Euro 2022 win would never be forgotten.

“This is an iconic moment for English football and everyone is so proud of the players, Sarina and the support team,” Bullingham said.

“It has been an honour to host the tournament in England and the fans have been so important during the team’s journey to success this summer, so it’s only right that they can celebrate this historic victory together at Trafalgar Square,” the official added.

‘They became household names to millions’

“We must now capitalise on this moment and together do all we can to encourage more women and girls into the game,” Dorries added.

“I’m delighted that we have worked quickly with the FA to put on a victory celebration in Trafalgar Square,” she concluded.

London-born Chloe Kelly, who scored the winning goal, then took her shirt off to celebrate, told the crowd her “shirt is staying on this time”.

The @Lionesses lift their first ever major trophy in front of a PACKED Trafalgar Square. 🏆pic.twitter.com/5YM1RJncde

Manager Sarina Wiegman refused to lay back and said her players now need to concentrate on getting at the FIFA 2023 Women’s World Cup in Australia and New Zealand.

Captain Leah Williamson highlighted Wiegman’s role in England’s success, saying she was the “missing ingredient England was looking for” and praised the manager for bringing the team together.

“A little tired…we had a big party last night!” 😅

The Army in London has said it will honour the Lionesses in Monday’s Changing of the Guard. It said onlookers might notice some more “special football music being played in celebration, something to do with being ‘Champions’”.