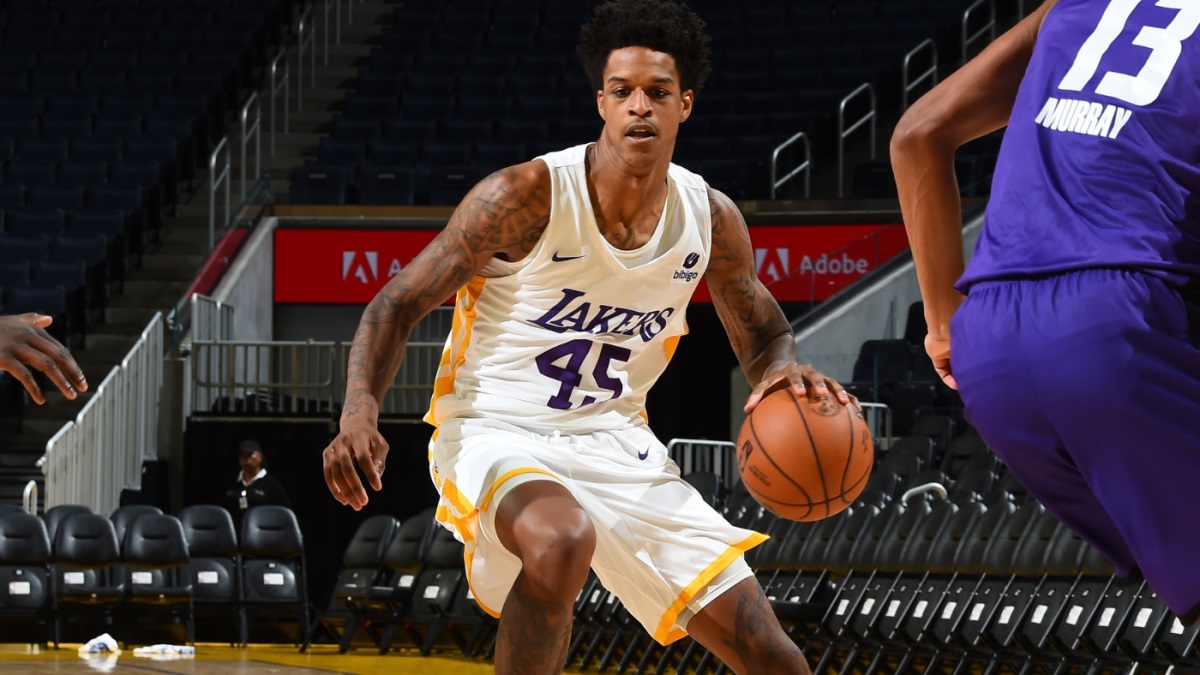 O’Neal played with the Lakers in the NBA 2K23 Summer League and impressed scouts from the Ignite, who offered him a six-figure contract.

O’Neal joins a batch of international players — including France’s Sidy Cissoko and Matas Buzelis from Lithuania — on Ignite. Scoot Henderson, the second-ranked high school prospect in the nation, decided to pass up the collegiate route and play his gap year in the G League with Ignite.

It’s not easy being the child of a famous person. It’s even more difficult when your father is a legit giant. Shaq was a superstar at LSU before he even reached the NBA. Shaq won the 1993 Rookie of the Year with the Orlando Magic, but then won four NBA titles including three with the Los Angeles Lakers and one with the Miami Heat. In 2000, Shaq won the NBA MVP.

Outside of pro hoops, Shaq was a larger than life character who was a pitchman for major brands, an actor, and rapper. He most recently has been working as a commentator and analyst for the NBA on TNT.

O’Neal hoped to follow in his father’s large footsteps and play pro hoops. He was a few inches shorter at 6-foot-10, but excelled at Crossroads in Santa Monica, California. Notable former students at the swanky high school that was popular for children of celebrities included Kate Hudson and Gwyneth Paltrow. Charlie Hall, the son of actress Julia-Louise Dreyfus (Seinfeld, Veep), also played hoops for Crossroads before heading to Northwestern as a walk-on.

O’Neal earned a scholarship to UCLA, but he did not play his freshman year due to a heart condition. He underwent heart surgery and was declared a medical redshirt. He did not get much playing time under Mick Cronin in his first season with UCLA, so he decided to transfer. In just 13 games with the Bruins, O’Neal averaged just 2.2 points and 2.9 rebounds per game.

O’Neal headed to LSU, where Shaq played for three seasons, and hoped he could find more playing time. A foot injury limited O’Neal to 24 games over his two seasons with LSU. He logged less than 10 minutes of game time last season and averaged only 2.9 ppg off the bench.

O’Neal declared for the 2022 NBA Draft, but as expected, he was not selected. He latched on with the Las Angeles Lakers in the NBA Summer League, where he was also a teammate of Scottie Pippen, Jr. O’Neal parlayed his stint with the Summer League Lakers into a G League contract. O’Neal will now have a chance to prove his worth against other up-and-coming stars in the G League.

If it doesn’t work out with the G League, O’Neal could head overseas to play, but for now, he’s headed to Henderson, Nevada where the Ignite recently relocated.