Consider Saturday’s Group 1 King George VI and Queen Elizabeth Stakes at Ascot a European preview to November’s Breeders’ Cup Turf at Keeneland. And consider it a meeting of some of the best turf runners in the world: European Division. 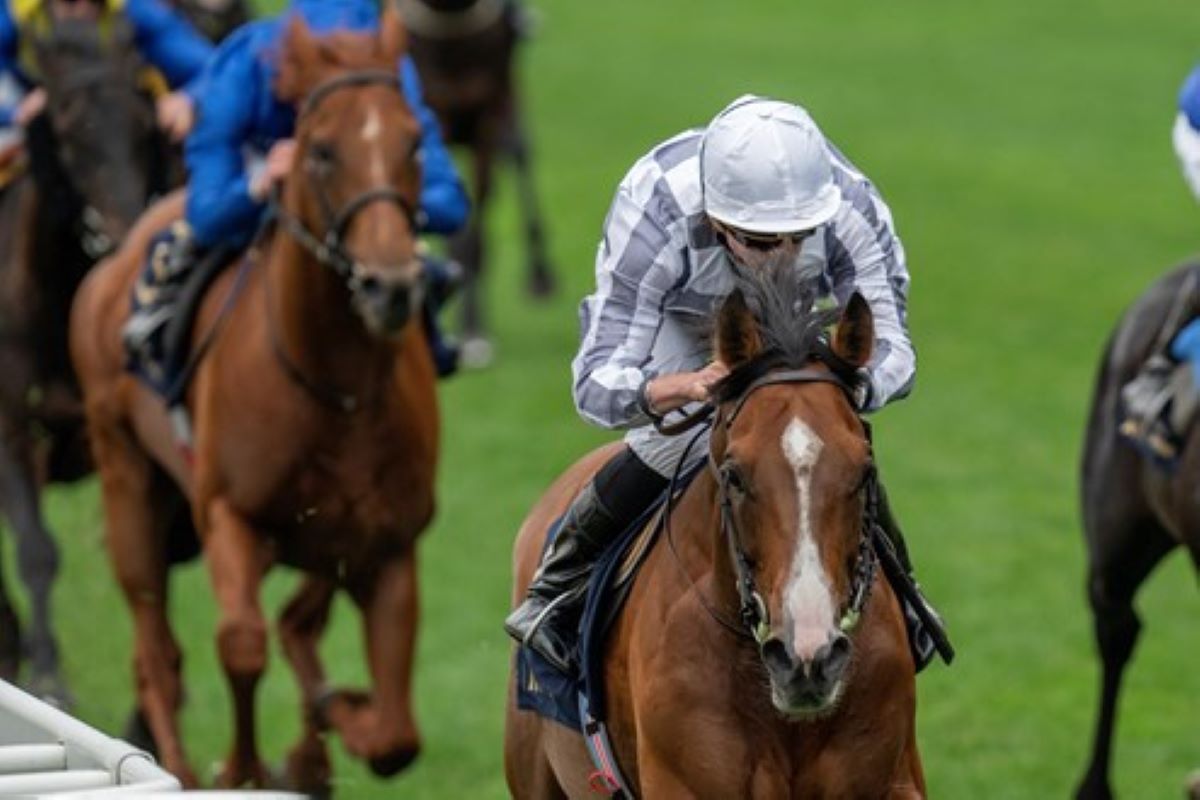 Which is appropriate, given the winner of this 1 1/2-mile jaunt around Ascot earns a “Win and You’re In” Challenge Series berth into the Breeders’ Cup Turf. That’s considered the No. 2 race in terms of prestige at the fall racing bacchanalia, behind only the Classic.

Getting there through the King George will not be easy. This is a loaded field, complete with a Saudi Cup winner, an Arc de Triomphe winner, the reigning Irish Derby winner, one of Europe’s best sophomore fillies, and a Royal Ascot winner who finished second in the Turf last year.

Mishriff arrives at a career crossroads

That begins with Mishriff, the aforementioned Saudi Cup winner. That was one of the 5-year-old’s three Group 1 victories in 2021. That mild upset over Charlatan and Knicks Go sprung the son of Make Believe to wins in the Dubai Sheema Classic at Meydan and the International Stakes at York. Mishriff finished second in this race last year.

That form, however, didn’t carry over to 2022. Mishriff inexplicably never fired in his Saudi Cup defense, finishing last of 14 and puzzling trainers John and Thady Gosden along the way. They benched him until early July’s Coral-Eclipse Stakes, when he escaped trouble and nearly caught French Derby winner Vadeni, losing by a neck. This is a crossroads race for Mishriff, illustrating where he is in the tail end of his career.

In search of John Gosden’s sixth King George title, he and his son also send out Emily Upjohn. The standout 3-year-old opened her career winning her first three races. The third was the May 11 Group 3 Musidora Stakes, which she captured by 5 1/2 lengths.

Lots of troubled trips in the recent past

That sent Emily Upjohn off as the 3/2 favorite in the June 3 Epsom Oaks. That’s also where the unbeaten streak ended, when Tuesday beat her by a head. The defeat — like her stablemate’s in the Coral-Eclipse — came after Emily Upjohn missed the break and needed a furious rally on the outside of the stretch.

Waiting for them is Westover, your reigning Irish Derby winner. That June 2 outing at The Curragh turned into a coronation when the son of Frankel reeled off a seven-length dissection of his rivals.

It also cleansed the palate of his Epsom Derby troubles three weeks earlier. There, Westover found himself trapped on the rail with no escape. When the gates parted in the final furlong, his furious rally brought a solid third-place finish. The 3-year-old is 3-for-6, opening his sophomore campaign with a victory in the Group 3 Classic Trial at Sandown in April.

The biggest shocker of 2021 will be here

Then, there’s Torquator Tasso. The German-bred 5-year-old pulled off one of the biggest upsets in the racing world last year when he stole the Arc de Triomphe at 72/1. The victim of his mid- and late-stretch rally was reigning Breeders’ Cup Turf champion Tarnawa, who Torquator Tasso beat by less than a length.

The Arc was his second Group 1 win in a row, following The Grosser Preis von Baden at Baden Baden a month earlier. After a sixth in a Baden Baden Group 2 in May, Torquator Tasso won his sixth race in 13 starts July 2: the Group 2 Grosser Hansa-Preis at Hamburg.

That Europe’s best trainer, Aidan O’Brien, hasn’t been mentioned until now does not mean his entry is an also-ran. Not after eight-time winner Broome captured the Group 2 Hardwicke stakes at Royal Ascot last month. And not after he led last year’s Breeders’ Cup Turf with a sixteenth to go, before Yibir reeled him in near the wire.