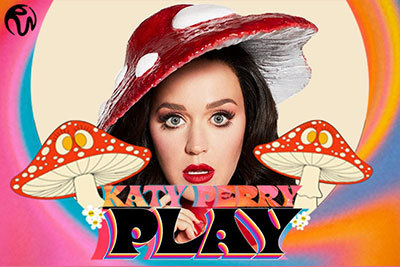 According to a report in the Las Vegas Review-Journal, it appears as if Global Superstar Katy Perry will continue her residency at The Theatre, Resorts World Las Vegas into 2023. Her show launched on December 29th so a one-year renewal would put her right up against 2024 on the calendar. However, we don’t find show dates or ticket sales going quite that deep into next year yet.

Perry’s father, Maurice Keith Hudson, drove a limo in Las Vegas for about 25 years so the lady on the stage is more than a little familiar with Sin City. Her parents found each other in Las Vegas and got married there. Her mom was a freelance reporter for the ABC network when they met.

The man-about-town LVRJ reporter, John Katsilometes also relates how Katy is proud of her family’s entertainment heritage as her grandmother was once a seamstress in Stardust’s production of “Lido de Paris”. The Stardust, which opened in 1958 once stood where Resorts World does now before the iconic resort was imploded in 2007. Also in her near-immediate family entertainer lineage is an aunt who was a Las Vegas showgirl.

Tickets on sale on November 4

Katy’s show is called “Play” and the residency at Resorts World’s Theatre is booked for 10 days in February and then from March 3rd to April 15th. Tickets for the latter run go on sale November 4th and can be found at axs.com/katyinvegas, according to the article.

Her Saturday night show had a moment at the end that caught her global fans’ interest. It seems she closed her right eye and then blinked her other eye while pressing on her temple.

According to Katsilometes, fans online were stirred and some speculated that she was emulating a doll with only one eye that blinks. The crowd reportedly burst into applause at the end of the show and Perry said, “Make even more noise for my band,” after the applause died down.

She appeared to refer to the incident on social media when she announced her residency would continue into 2023. When she tweeted:

“Welcoming all my #flatearthers #spaceisfakers #birdsarentrealers #skyisntbluers to come see my broken doll eye party trick IRL in Vegas next year,” along with the aforementioned website URL to purchase tickets.

Much Ado About Nothing?

It seems like a good-natured approach to play along with fans and indicates to this writer that there was nothing meant by her cryptic gesture at all – but with celebrities seeking constant fame, one never can tell. When I saw the video it looked like a false eyelash was loose. While she was wearing her “beer can” dress, she didn’t pour hops out of the strategically placed can as she does sometimes during the show.

hops silly goose! Hope to sing along with you in 2023! And we’ll drink, this one’s on me, cause we’re all #chainedtothealgorithm #therealproblemlolhaha

,” along with an assortment of impactfully placed emojis.

Perry also tweeted: “The show’s set list is a fun (ride emoji) through memory lane going all the way back to 2008, a time when we weren’t all frozen by the paranoia of our own echo chambers! This show is a nonstop party about finding unconditional love and strangely (for me) not political at all.”

As of Sunday night, the video on Twitter had received well over 600,000 views.