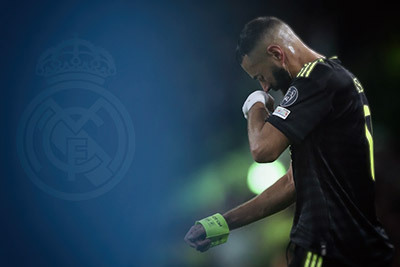 On Wednesday, September 7th, 2022 the Real Madrid football club was extremely relieved to announce that their superstar French striker, Karim Benzema, is actually not projected to be sidelined for all that long after he suffered a tendon injury as well as a strained muscle in his upper thigh of his right leg.

Real Madrid was forced to substitute for Benzema during the 30th – minute of Real Madrid’s 3 to 0 win at Celtic in the squad’s 1st – match of the group stage of the Champions League competition on Tuesday, September 6th, 2022.

Real Madrid disclosed that Benzema was diagnosed with, “an injury to the semitendinosus tendon and a strain to the quadricep muscle in his right thigh.”

Time away from Football Activities for Karim Benzema

The Real Madrid football club was unable to provide any sort of a timeline for the return of Benzema as they stated his recovery will be continuously assessed throughout his rehabilitation of the recovery process.

Many of the Spanish media outlets have said Karim is anticipated to be out of action for at least a couple of weeks, which means Benzema will most likely have to sit out of the Madrid city derby at Atlético Madrid in the La Liga Spanish League competition which is currently scheduled to be played on Sunday, September 18th, 2022.

The highly talented goal scorer should be able to recover in time to join France’s national team in order to prepare for the 2022 World Cup during the upcoming international break.

Benzema pulled up limping during a hard sprint while controlling the ball following him assisting the Real Madrid defense in the backfield of the pitch earlier this during their match at Celtic. Karim immediately put his hand up on his face as he had to slowly walked off the playing field and he was eventually replaced by Eden Hazard, who ultimately managed to score a goal as well as helping to set up his teammates on 2 other goals.

The head coach of the Real Madrid football club, Carlo Ancelotti, attempted to downplay Karim’s injury following the conclusion of the game as he said it did not appear to be a very serious injury or a major setback for his team.

The Importance of Karim Benzema to his Football Club

The now 34 – year – old striker is coming off of the best ever season of his decorated and illustrious professional football career, when he was the leading goal scorer in both the Champions League as well as the La Liga Spanish League competitions that Real Madrid managed to win.

Benzema scored 15 – goals in just the Champions League this season, and his performances included some very dramatic and decisive goals in the Real Madrid’s outstanding run to their current record of their 14th – European championship title.