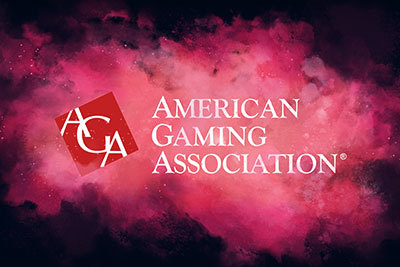 Commercial gaming in the USA broke the $5 billion threshold again in July, according to the latest numbers available from the American Gaming Association’s (AGA) Commercial Gaming Revenue Tracker.

As the world health crisis gets smaller and smaller in the rear-view mirror, there are still lingering effects on the numbers year-on-year and when comparing the trajectory over time. However, the growth seems more apparent when comparing June and July of the current year. Land-based gaming was up 8% from June and while iGaming and sports betting gained 7.9% and 1.2%.

So while some y-o-y numbers are more difficult to interpret for organic growth the raw monthly numbers tell a story. July was the third biggest month ever and four out of five of the last months all broke the $5 billion mark.

For the year, commercial gaming revenue achieved $34.27 billion by the end of July representing a 15.5% jump over the same period in 2021 – indicating that 2022 is well positioned to be another record year for commercial gambling.

Higher gas prices, rising interest rates, and other consumer burdens have not had a chilling effect on the revenues numbers but the rate of growth has cooled from the trajectory established in the late spring. The inflationary burden doesn’t seem to be affecting players as much as it might be dampening operator profits with interest rates and other factors cutting into revenue growth if not volumes.

iGaming was up over 28% for the month and more than 41% over the same year-to-date period in 2021. Sports betting performance was up a little better at 34% in July with similar volumes ($392.4 GGR and $359.6 GGR respectively). Land-based table gaming was nearly flat compared with a 3.5% increase over July 2021 and floor slots were actually down 1.4% for the period while still representing the lion’s share of overall revenues with a take of some $3.03 billion for the month.

In a continuing theme that’s not surprising for a commercial trade association, the AGA continues to lump illegal bookies in states with sportsbetting regulations in with unregulated “slot machines” in truck stops and convenience stores along with all offshore casinos serving US players – understandable but disingenuous at best.

In a fact sheet released last week (see .PDF file here), the Association compares all of the best attributes of US commercial gaming operators with the worst pitfalls possible from the worst of the worst blacklisted and unlicensed offshore sites as well as gambling machines found across the country in out of the way places.

As well, a court issued declaratory and summary judgments last week that the Wire Act of 1961 only pertains to interstate sports betting in International Game Technology PLC et al. v. Merrick B Garland & The United States Department of Justice. Offshore casinos are not and have never been “illegal”, according to US law.

The AGA also categorically states by inclusion that offshore casinos are not licensed, and don’t practice international standards of identity and age verification or anti-money laundering, when in fact as many as 99% of all US-facing online casinos do as anyone who has ever withdrawn money from an offshore site can attest.

One thing right about offshore gambling in the United States is that player protections in customer-casino disputes are virtually non-existent in the regulatory framework. Players who feel wronged must visit an advocacy board and make their complaint public to get relief as the only matters the regulators will address are direct violations of licensing terms such as offering unlicensed products, allowing underaged gambling, or not adhering to Responsible Gambling policies.

While most of the AGA’s warnings relate to illegal offshore bookmakers (sports betting across state lines has been illegal since 1961), the inclusion of safe and sane, regulated, audited, and accredited games and casinos does its credibility as a player advocate as well as a trade association promoting the business of it members any favors.