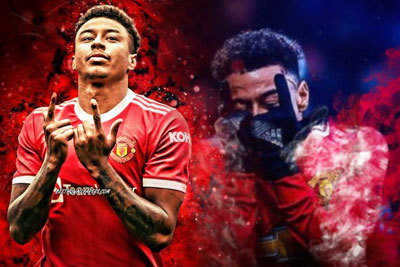 On Friday, July 22nd, 2022 Nottingham Forest announces one of their best recent signings as they just landed the attacking midfielder / winger in Jesse Lingard on a free transfer. This move is one the most critical since Nottingham Forest secured their resurgence back to the English Premier League (EPL).

The English midfielder and sometimes winger ended up becoming available after he ended his 22 – year connection with the Manchester United football club during this offseason.

Jesse’s move to Nottingham Forest was publicly disclosed today, and Lingard is the 11th – signature captured by the promoted football club of Nottingham Forest as they get ready for their 1st – season playing in the English Premier League since the year of 1999.

The total length of the contractual agreement Lingard signed with Nottingham Forest has yet to be publicized, but fans of the club are certainly excited that he will be with them for at least the near future.

The 29 – year – old English footballer spent the 2nd – half portion of the 2020 – 2021 European football season on loan with the West Ham football club. There he managed to score 9 – goals over the course of his 16 – starts in the league, and Lingard was linked with a permanent move over to the London football squad.

Another football player on the move via a free transfer was the coveted defender in Ben Mee. Mee just so happened to join up with the Brentford football club after his contract with the Burnley football club recently expired.

Mee spent the last 11 – seasons with Burnley. Burnley was just relegated from the English Premier League back in May of 2022, and Mee constructed a solid partnership at center – back next to James Tarkowski. Tarkowski followed suit, and he has also decided to leave Burnley during this offseason. James ultimately went on to signing with Everton prior to the upcoming 2022 – 2023 European football season.