Turns out, nine furlongs was a bridge too far for previously unbeaten Jack Christopher, And the 3/5 odds he left the Monmouth Park gate carrying for Saturday’s Grade 1 Haskell Stakes were nowhere near his realistic chances for winning. 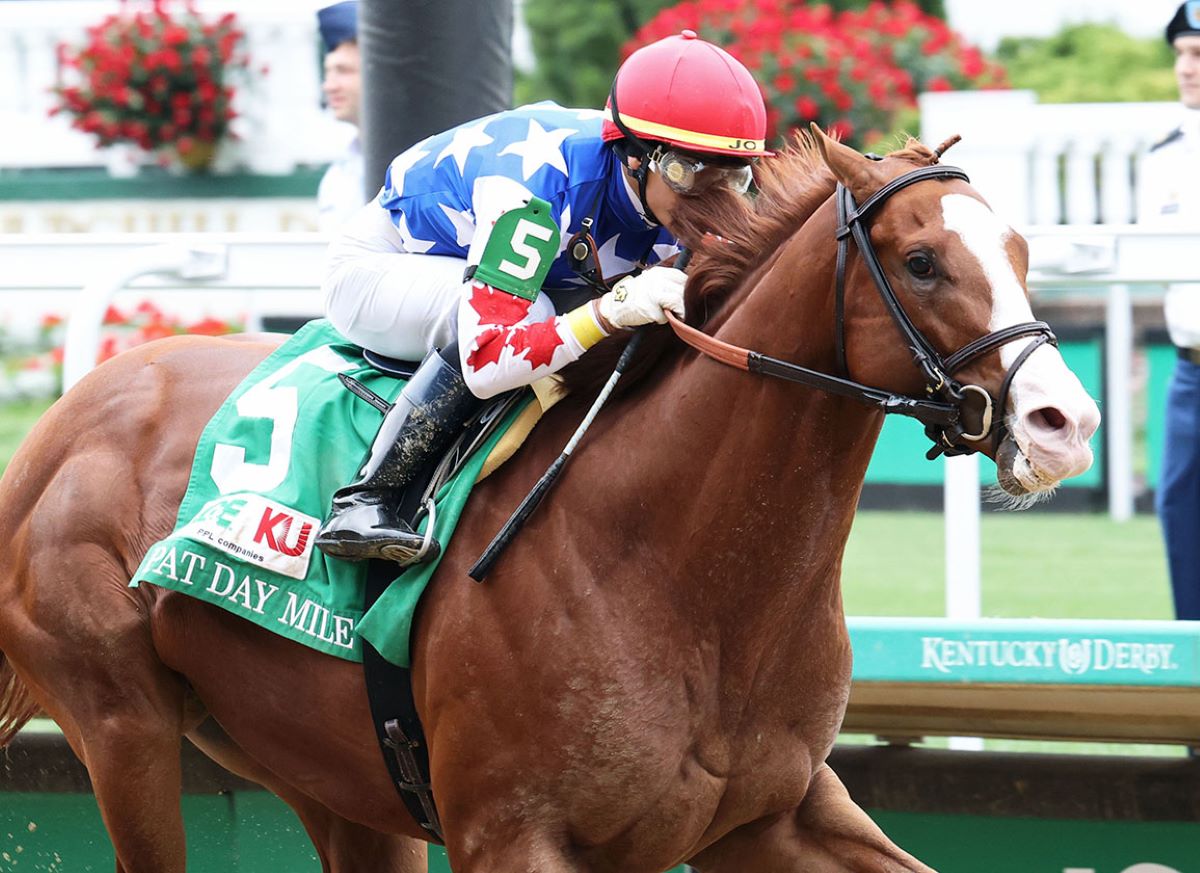 After his third-place finish in the 1 1/8-mile Haskell Stakes, Jack Christopher will cut back to races like the Pat Day Mile. (Image: Coady Photography)

This explains Jack Christopher’s third-place finish, behind 7/1 Cyberknife and 2/1 Taiba. It also explains why trainer Chad Brown will cut the 3-year-old colt back to his one-turn comfort zone. Likely next up, the Grade 1 H. Allen Jerkens Memorial on Travers Stakes Day Aug. 27.

That’s a seven-furlong race, right in Jack Christopher’s wheelhouse. That wheelhouse has clearly been established.

“The horse ran really well and I thought he had a good trip,” Brown told the New York Racing Association. “He got a little quick on the final turn when they moved (from the half-mile in) 46 (seconds) into (three-quarters) in 1:09. That probably emptied him a little bit. But all in all, it looked like it was a little too far.”

The devil was the distance detail

Based on what Jack Christopher did over the final furlong, it was. He came into the 1 1/8-mile Haskell as clearly the buzz horse based on his perfect record and pronounced early speed. But questions about his pedigree and ability to stretch out past a mile balanced out whatever optimism followed Jack Christopher to Monmouth Park.

Jack Christopher is the son of Munnings, a great sprinting sire. But Munnings never won a race longer than seven furlongs. And the Haskell is one of those races where bloodlines matter. Every one of the last dozen Haskell winners competed in a Triple Crown race or won a race of 1 1/16 miles or longer.

Along with that, according to Equibase, every one of the previous 41 Haskell winners won a route race longer than a mile. Great turn of foot aside, Jack Christopher ticked none of those boxes. All four of his wins came between six furlongs and a one-turn mile.

Jack Christopher got off to a strong start

Yet, Jack Christopher is a two-time Grade 1 winner running not far from his New York home. And he opened the Haskell like he opened his four previous starts, stalking a early pace-setter in second through the opening quarter-mile. Here, this was the clearly over-his-skis Benevengo, playing the rabbit.

Jack Christopher made his move coming around the far turn. He took the lead at the top of the stretch. But he couldn’t sustain his trademark early speed, nor separate from his rivals as he had done in the past. He yielded the lead to Taiba — who in turn, yielded it to Cyberknife for a head victory.

“I was a little disappointed that he couldn’t kick on through the lane, but he tried hard,” Brown said. “We just shipped him up to Saratoga. As long as he comes out of the race OK, I’ll cut him back and point to a race like the Allen Jerkens.”

Odds-on for a show horse?

Even with that, Jack Christopher finished only two lengths back. But do you want any piece of an odds-on horse finishing third? Sometimes, you’ve got to trust history in a race like the Haskell and wager accordingly.

That said, barring injury, Jack Christopher has a stellar career ahead of him. All he and his connections have to do is look at another similarly named horse who started out on the Triple Crown trail before running into distance limitations. Those distance limitations turned him into a Champion sprinter.

A Champion sprinter who won last year’s Allen Jerkens, one of his 11 victories in 15 starts. One with more than $2.4 million in the bank.

You know him as Jackie’s Warrior.