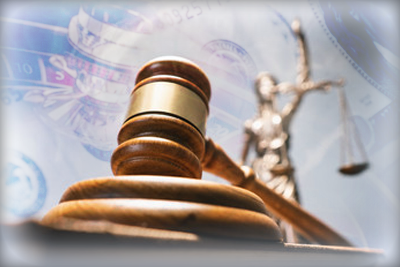 Pressure is mounting on elected officials in New South Wales to do something about potentially billions of dollars in crime proceeds being laundered through poker (slot) machines in pubs there. Moving to a cashless system with cards is seen by most as the only way to monitor the money going into and out of the pokies.

That’s apparently not quite as easy as it would seem and the path to a cashless system is fraught with pitfalls if it isn’t done properly, according to law enforcement authorities and stakeholders in the issue.

The impetus to transition from cash-fed machines to electronic cards with stored value and transaction tracking was a scathing report based on a joint law enforcement agency inquiry into potential money laundering in NSW.

The powerful New South Wales Crime Commission led the inquiry that determined ‘Large sums” of ill-gotten gains are churned through cash-fed gambling machines in clubs and pubs throughout the state, “rewarding and perpetuating crime in the community”.

Last Thursday, the Liberal party chair and premier of NSW pressed the case for a gambling card to replace cash gambling even though the idea had little enthusiasm and no commitment from the Labor or National parties. He said the cards would not be introduced as a “kneejerk response” to the study findings and implementation would take support from all sides.

The Devil is in the Details

The “How” of it comes down to a voluntary system with players choosing whether or not to use the cards – a mandatory transition of all machines to a cashless system, or a hybrid model.

The Crime Commission holds no truck with the idea of a voluntary model nor a hybrid solution saying in its report that voluntary use of the cards would “not address money laundering as criminals dealing with the proceeds of crime will simply use cash”.

The report blistered a mixture as well stating: “A hybrid/voluntary system will likely make pubs and clubs more attractive venues for money launderers as hybrid player card systems could be exploited to make ‘cleaning’ easier,” according to the report.

Elections are coming in March and anti-gambling advocates are pushing hard for any solution to protect the most vulnerable even when the reason for a change is created by other societal needs, like the ability to stifle crime by controlling and monitoring the flow of large sums of money. According to a report in World Casino News, authorities are also working on facial recognition technology to help solve the money laundering problem.

NSW National party deputy premier, Paul Toole told the Guardian last week that “the technology is not there”. Meanwhile, deputy national party leader, Bronnie Taylor defended the pubs as a vital part of NSW culture and cautioned against vilifying them all.

Chris Minns, leader of the Opposition Labor party in the New South Wales Legislative Assembly pointed to a report that indicated the technology could do more harm than good and said it was complicated.

He noted that the industry says it can’t roll out an entirely new system within a truncated time frame and mentioned a report by the Victorian Gambling Foundation that points out cashless systems could actually increase problem gambling as players wouldn’t have a sense of how much they are spending.

Wesley Mission chief executive, Stu Cameron, separately said that the Victorian system failed precisely because it was voluntary. He added that there were “no reasonable excuses or reasons not to proceed” with the rollout of a mandatory system.

“Voluntary cards reinforce stigma because a person is identifying themselves as needing help by requesting one,” said Cameron.

“Mandatory or universal cards mean everyone has to use them – stopping criminal activity and providing useful tools for people to help guard against gambling harm caused by poker machines, which have been designed to addict.”

Announced in May, a limited trial of a voluntary cashless cards scheme was started at Wests Newcastle on October 8th. The trial is to run for 90 days.

As many as 200 members are using digital technology which can stymie money laundering and prevent gambling harm – two very different problems and the nexus creates the opportunity for political chaos and footdragging.

NSW Minister for (Lands and Water) Hospitality and Racing Kevin Anderson said the trial would test how the technology works in real-life conditions as well as reveal potential benefits for venues and patrons.

“The trial is part of an exciting new era where innovations such as digital wallets offer customers greater convenience and control over their spending and help venues and authorities identify suspected cases of money laundering,” Anderson said.

“Technology developed by Aristocrat Gaming has been installed on 36 of the Wests club’s gaming machines using Bluetooth to connect patrons’ mobile phones to machines. The technology will allow for a Bluetooth connection between a patron’s mobile phone and the machine. This will let patrons transfer money directly from the gaming wallet on their phone onto the machine.

“The digital wallet can be used to fund gaming machine play and players can set spending or time limits, access real-time spending data, take a break or self-exclude from gambling, and access other responsible gambling tools and services. Patrons cannot load funds into the gaming wallet from the gaming floor,” noted Anderson.