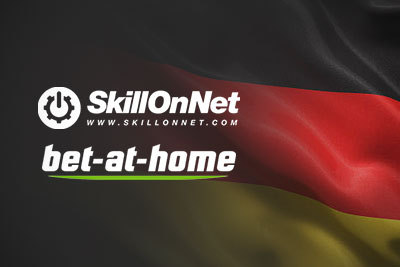 Since January 1, 2023, the German online gambling regulator has been running on all cylinders and has now issued licenses to SkillOnNet and BetClic Everest Group’s Bet-at-home AG. The slots-only licenses allow SkillOnNet to offer online slots across all of its brands whereas Bet-at-home was given a kicker allowing it to offer slots along with sports with an extension on its sports betting license.

These are the first known slot licenses offered by the nascent federal regulator which only took over licensing as of January 1. This, and all other powers formerly residing in the 16 federal states – are now the sole domain of the Glücksspielbehörde (GGL).

DrueckGluek.de is the brand SkillOnNet has indicated it will focus its efforts on for now as it has a known brand presence having been the recipient of one of the first licenses under the old system, The brand has operated in Schleswig-Holstein since 2015 and will now expand its footprint throughout the states as a central entity.

Crazy Buzzer was granted a license in August, Rootz Ltd and Solar Operations in September, and Tipico was awarded a slots license in October for two brands.

SkillOnNet marketing director, Michael Golemb said: “Having the official German license means SkillOnNet players will be part of a fully regulated experience, feeling more confident, safe and secure, many for the first time.

“It’s also a recognition that we meet the high standards of the German licensing regime and are prepared to work with regulators to meet those standards, reinforcing that responsible gaming is the cornerstone of everything we do.”

Bet-at-home chairman, Marco Falchetto commented: “With the obtaining of permissions for all product categories offered, Bet-at-home will now create complete legal and planning security for the group, their investors and business partners in Germany.”

In July 2021, Germany launched the State Treaty on Gambling (GlüNeuRStv) with certain individual states having certain powers and responsibilities as a stepping stone toward the eventual empowerment of GGL.

Last month representatives from all 16 German states met in Halle (Saale, Saxony-Anhalt) to dissolve the existing temporary regulatory “agency” to hand all powers over to the new omni-powerful federal regulator, GGL.

In an unexpected move in October 2021, the regulator was given a leadership duo of Ronald Benter and Benjamin Schwanke who helped steer and coordinate GGL through the end transition time into the centralized and cohesive regulator.