Gambling is, first and foremost, a form of entertainment. From the bells and whistles of the slot machines to the dazzling colors and shapes of table games, everything is designed to delight you.

Land-based casinos keep the party going with bars and restaurants with live music. If you’re playing online, your excitement is growing bigger whenever you’re being showered with loyalty points.

Casinos, it seems, both land-based and online, have found the cure for boredom.

While gambling has been notoriously associated with addiction, recent studies show that most players are addicted to the feeling of fun that comes with gambling. Medical researchers estimate that only 5 to 8 percent of all gamblers show evidence of addiction. Most of us are there to have a good time.
Maybe you simply love getting a buzz of excitement from playing Wheel of Fortune or Double Diamon. Perhaps you like the thrill provided by Russian roulette or you enjoy strategizing during Poker and Blackjack with a delicious cocktail in hand.

Winning might not be guaranteed in a casino, but that’s exactly what makes you come back.

Comedian Chico Marx best explained this: “If I lose today, I can look forward to winning tomorrow, and if I win today, I can expect to lose tomorrow. A sure thing is no fun.”

Interestly enough, you tend to feel happy even when you’re losing. Several studies discovered that losing money after visiting a casino doesn’t make the overall experience less enjoyable. “A gambler is nothing but a man who makes his living out of hope.” – William Bolitho

Like Marx, many other famous figures had an opinion about gambling.
Most of them found humor in losing and the changing nature of luck.
“If there weren’t luck involved, I would win every time,” said professional poker player, Phil Hellmuth. 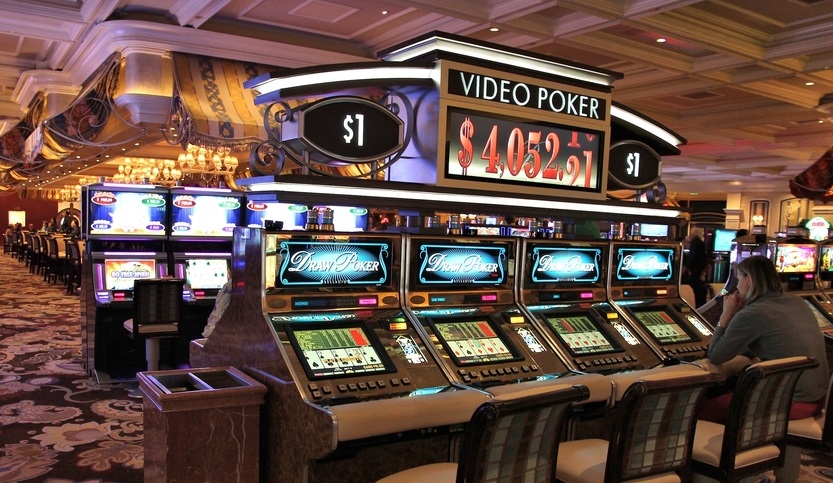 We’ve gathered some of the funniest quotes about gambling from tens of notorious people including ancient philosophers like Publilius Syrus, scientists like Albert Einstein, and actors like Paul Newman.

Whether you’re just dipping your toes into the gambling waters or you’re a die-hard casino player, these lines will put a smile on your face.

“Gambling is the future on the internet. You can only look at so many dirty pictures.” – Simon Noble

“Nine gamblers could not feed a single rooster.”– Yugoslav Proverb

“True luck consists not in holding the best of the cards at the table; luckiest is he who knows just when to rise and go home.” – John Milton Hay

“The only sure thing about luck is that it will change.” – Wilson Mizner

“The safest way to double your money is to fold it over once and put it in your pocket.” – Kin Hubbard

“Gambling is not a vice, it is an expression of our humanness. We gamble. Some do it at the gaming table, some do not. You play, you win, you play, you lose. You play.” – Jeanette Winterson

“The better the gambler, the worse the man.” – Publius Syrus

“Last year people won more than one billion dollars playing poker. And casinos made twenty-seven billion just by being around those people.” –Samantha Bee

“It’s hard to walk away from a winning streak, even harder to leave the table when you’re on a losing one.” – Cara Bertoia

“Quit while you’re ahead. All the best gamblers do.” – Baltasar Gracián y Morales

“A gambler plays even when the odds are immutable and against him.” – Roger “Lou Krieger” Lubin

“Sitting there, it is impossible to change your luck. But, you can always change the machine you are at!” ― James Hauenstein

“The greatest risk is not taking one.” – Tim Fargo

“The urge to gamble is so universal and its practice so pleasurable that I assume it must be evil.” ― Heywood Hale Broun

“One of the healthiest ways to gamble is with a spade and a package of garden seeds.” ― Dan Bennett

“If you ain’t just a little scared when you enter a casino, you are either very rich, or you haven’t studied the games enough.”— Terrence “VP Pappy” Murphy

“Luck is what happens when preparation meets opportunity.” ― Seneca

“The house doesn’t beat the player. It just gives him the opportunity to beat himself.” – Nick Dandalos

“Luck always seems to be against the man who depends on it.” ―
Unknown Author

“There is a very easy way to return from a casino with a small fortune: go there with a large one.” – Jack Yelton

“If there weren’t luck involved, I would win every time.” – Phil Hellmuth

“A man’s gotta make at least one bet a day, else he could be walking around lucky and never know it.” – Jimmy Jones

“The only man who makes money following the races is the one who does it with a broom and shovel.” – Elbert Hubbard

“Gambling is the great leveller. All men are equal at cards.” – Nikolai Gogol

“Gambling with cards or dice or stocks is all one thing. It’s getting money without giving an equivalent for it.” – Henry Ward Beecher

“Luck, bad if not good, will always be with us. But it has a way of favoring the intelligent and showing its back to the stupid.” – John Dewey

“Nobody is always a winner, and anybody who say he is, is either a liar or doesn’t play poker.” – Alfred Alvarez

“There are two great pleasures in gambling: that of winning and that of losing.”— French Proverb

“To be a poker champion, you must have a strong bladder.” – Jack McClelland

“A weekend in Vegas without gambling and drinking is just like being a born-again Christian.” – Artie Lange

“Gambling operates under the premise that greed can be satisfied by luck.” Rita – Mae Brown
“If I lose today, I can look forward to winning tomorrow, and if win today, I can expect to lose tomorrow. A sure thing is no fun.” – Chico Marx

“A Gentleman is a man who will pay his gambling debts even when he knows he has been cheated.” – Leo Tolstoy

“In order to be a successful gambler you have to have a complete disregard for money.” – Doyle Brunson

“If you must play, decide upon three things at the start: the rules of the game,
the stakes, and the quitting time.” – Chinese Proverb

“You cannot beat a roulette table unless you steal money from it.” – Albert Einstein

“When I was young, people called me a gambler. As the scale of my operations increased I became known as a speculator. Now I am called a banker. But I have been doing the same thing all the time.” – Sir Ernest Cassel

“You don’t gamble to win.You gamble so you can gamble the next day.” – Bert Ambrose

“At gambling, the deadly sin is to mistake bad play for bad luck.” – Ian Fleming 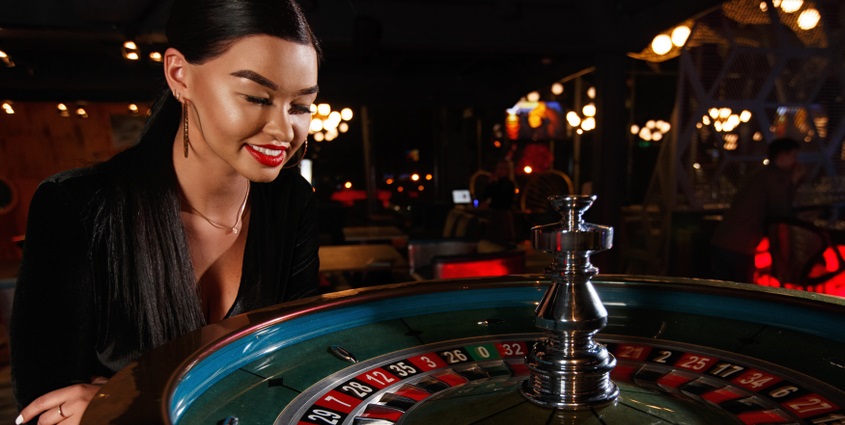 “Someone once asked me why women don’t gamble as much as men do and I gave the commonsensical reply that we don’t have as much money. That was a true but incomplete answer. In fact, women’s total instinct for gambling is satisfied by marriage.” – Gloria Steinem

“I wonder what inspires gamblers. Is it the adventure or the love of laziness?” – Paul Bamikole

“Las Vegas is the only place I know where money really talks – It says, Goodbye.” – Frank Sinatra in “The Joker Is Wild”

“The gambling known as business looks with austere disfavor upon the business known as gambling.” – Ambrose Bierce

“To get it right, be born with luck or else make it. Never give up. A little money helps, but what really gets it right is never facing the facts.” – Ruth Gordon

“Gambling is a way of buying hope on credit.” – Alan Wykes

“A dollar won is twice as sweet as a dollar earned.” – Paul Newman

“Poker is a lot like sex, everyone thinks they are the best, but most don’t have a clue what they are doing.” – Dutch Boyd

“I can never gain something without losing everything I had.” – Nadia Scrieva

“The less you bet, the more you lose when you win.” – Bob Nastanovich

“I used to be a heavy gambler. But now I just make mental bets. That’s how I lost my mind.” – Steve Allen

“Gambling is the son of avarice and the father of despair.” – French Proverb

“Gambling has brought our family together. We had to move to a smaller house.”– Tommy Cooper

“If you would be wealthy, think of saving as well as getting.” – Benjamin Franklin

“If you can’t spot the sucker in your first half hour at the table, then you are the sucker.” – Mike McDermott

“Poker is a hard way to make an easy living.” – Doyle Brunson 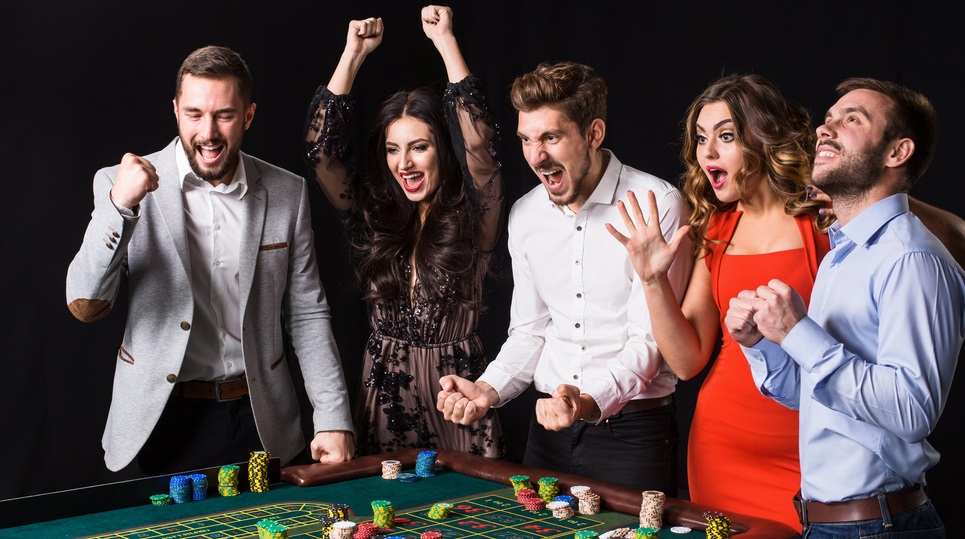 “All the evidence shows that God was actually quite a gambler, and the universe is a great casino, where dice are thrown, and roulette wheels spin on every occasion.” – Stephen Hawking

“I can’t believe that God plays dice with the universe.” – Albert Einstein

“Gambling is part of the human condition. I love it. I have the best time gambling. I’ve been winning fortunes, and I’ve been losing them.” – Jerry Lewis

“In gambling, the many must lose in order that the few may win.” – George Bernard Shaw

“My advice to the unborn is, don’t be born with a gambling instinct
unless you have a good sense of probabilities.” – Jack Dreyfus

“One of the worst things that can happen to you in life is to win a bet on a horse
at an early age.” – Danny McGoorty

“No dog can go as fast as the money you bet on him.” – Bud Flanagan

“In the casino, the cardinal rule is to keep them playing and to keep them coming back. The longer they play, the more they lose, and in the end, we get it all.” – Robert De Niro in “Casino”

“If I had the money and the drinking capacity, I’d probably live at a roulette table and let my life go to hell.” – Michael Ventura

“Russian Roulette is not the same without a gun.” – Lady Gaga

“The subject of gambling is all encompassing. It combines man’s natural play instinct with his desire to know about his fate and his future.” – Franz Rosenthal

“At the gambling table, there are no fathers and sons.” – Chinese Proverb

“I like to play blackjack. I’m not addicted to gambling. I’m addicted to sitting in a semi-circle.” – Mitch Hedberg

“I want people to understand, gambling is not a bad thing if you do it within the framework of what it’s meant to be, which is fun and entertaining.” – Michael Jordan

“There are three roads to ruin; women, gambling and technicians. The most pleasant is with women, the quickest is with gambling, but the surest is with technicians.”– Georges Pompidou

“Lottery: A tax on people who are bad at math.” – Unknown Author

“The best throw of the dice is to throw them away.” – English Proverb

“Baccarat is a game whereby the croupier gathers in money with a flexible sculling oar, then takes it home. If I could have borrowed his oar I would have stayed.” – Mark Twain

“In most betting shops you will see three windows marked “Bet Here”, but only one window with the legend “Pay Out”.” – Jeffrey Bernard

“I am a great believer in luck, and I find the harder I work, the more I have of it.” – Thomas Jefferson