England women’s team was crowned champion of Europe after beating Germany at Wembley in front of a packed crowd. 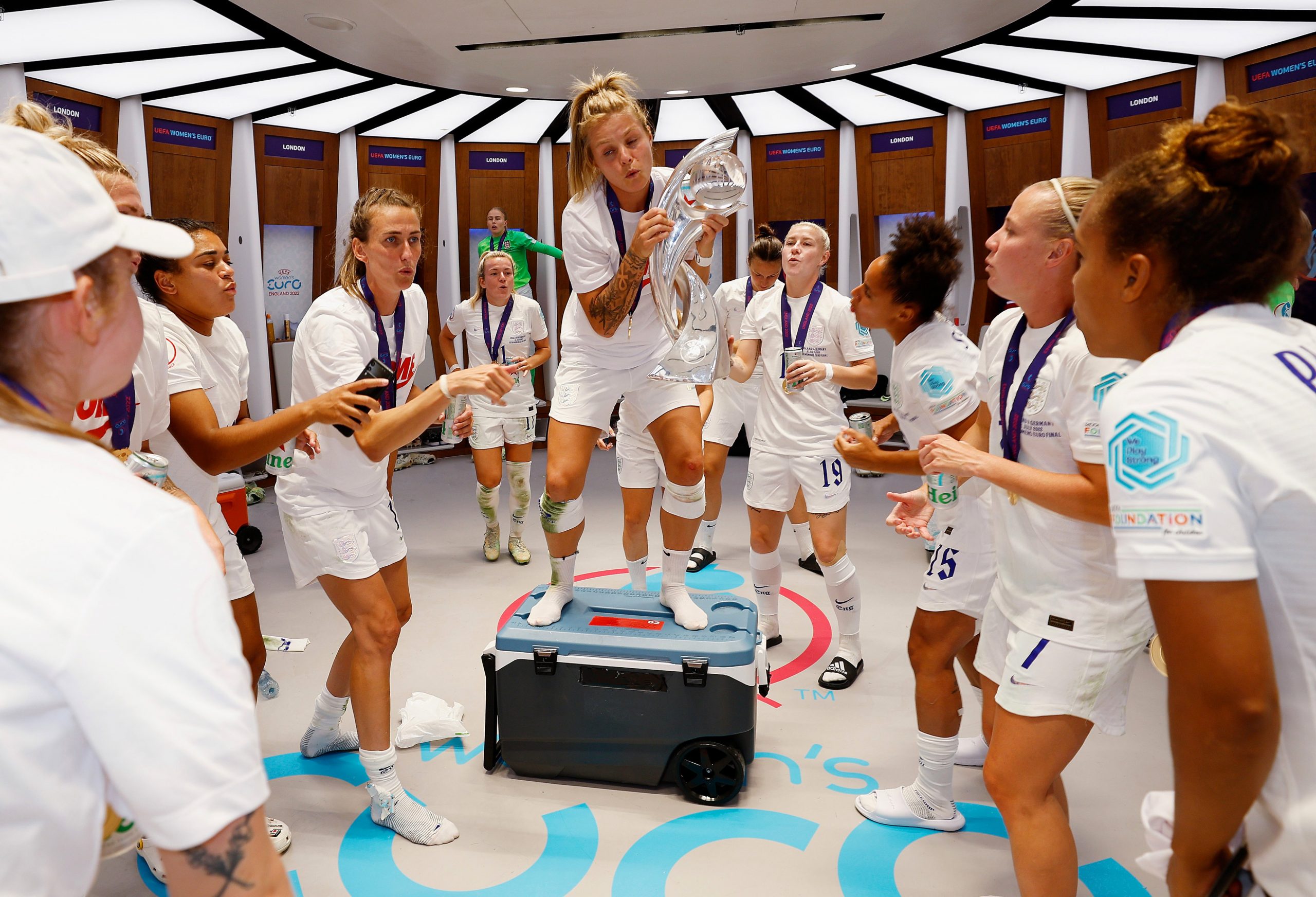 England’s players and staff celebrated in the locker room after being awarded the Euro 2022 trophy. (Image: twitter/lionesses)

87,192 was the official attendance for the final, a European Championship record for both men’s and women’s football. In a massive blow to the Germany team, the tournament’s joint top-scorer Alexandra Popp had to be replaced in the starting 11 after getting injury in pre-match warm-up. She couldn’t be involved at all in the match.

A record attendance across any UEFA European Championship match, men or women.

HISTORY HAS BEEN MADE 👏 pic.twitter.com/pJ2zaYUNKR

Ella Toone put England ahead in the 62nd minute, then Lena Magull made it level with 11 minutes left in the match. The affair couldn’t be settled over 90 minutes, so it went to extra-time. Chloe Kelly, with her 110th-minute goal, offered England the victory, as tens of thousands cheered on from the stands.

Wiegman: ‘I need a couple of days to realize what we’ve done’

The Lionesses won their first European trophy in their third final, having also featured in the last act 1984 and 2009. For the Germans, the loss on Sunday was the first after winning all the eight finals they played before.

“I think I need a couple of days to realize what we’ve done,” said England boss Sarina Wiegman, who never lost a match at the Euros. Before taking charge of the English women’s team, Wiegman guided the Netherlands to the supreme crown in 2017 also with a flawless record.

“I’ve lost my voice a little bit,” she continued. “I think what we’ve done is really incredible. I’m so proud of the team,” Wiegman stressed.

The England manager was appointed less than a year ago. The Lionesses remain unbeaten under her, with the Germany game confirming the 18th victory of the 20 games she’s been in charge.

“It was so tight but who cares?” Wiegman said. “We won 2-1 and we are European champions. If you really want to win and become better every single day… That’s what I have noticed the whole year. It’s been incredible. We agreed a couple of things on behaviours, they weren’t just words, we lived it. And this is the result,” Wiegman concluded.

Chloe Kelly reacts to her goal that clinched the trophy for England. pic.twitter.com/nTKsMjzxfT