Dynamo Kyiv played its first official matches after eight months, beating Fenerbahce in a double-legged Champions League second-round qualifier. Dynamo will now face Austrian side Sturm Graz for a place in the Champions League play-offs, the final step before the group stage. 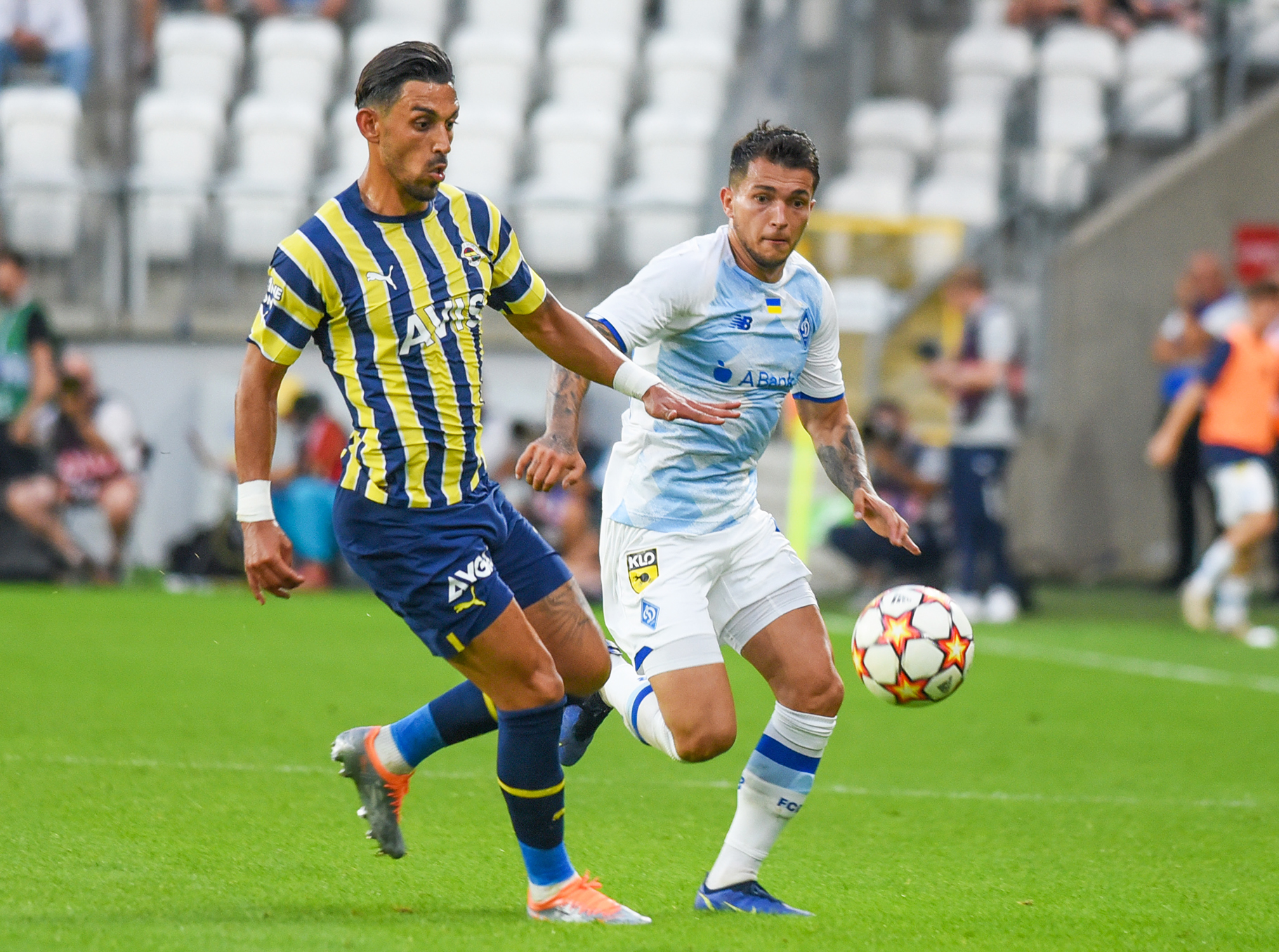 The Ukrainians at Dybamo were the underdog vs Fenerbahce, but still managed to reach the third phase of the Champions League qualifiers thanks to a 2-1 extra-time victory in Istanbul. (Image: twitter/dynamokyiv)

After a 0-0 draw in Lodz (Poland), where Dynamo currently plays its European home matches following the Russian invasion of Ukraine, the Kyiv team won 2-1 over Fenerbahce in Istanbul. Part of the supporters at the Sukru Saracoglu stadium offered shameful scenes inside the ground, chanting Vladimir Putin’s name after Dynamo’s goals.

Vitalii Buyalskyi opened the scoring in the 57th minute, then Attila Szalai got the equalizer for 10-men Fenerbahce in the 88th minute. The match went to extra-time, with Oleksandr Karavaev netting Dynamo’s second in the 114th minute to silence the home crowd.

Infuriated by the Putin chanting during the match, Dynamo’s manager Mircea Lucescu chose an original way to protest. The 76-year-old refused to take questions from the Turkish media, only talking to the Ukrainian and foreign journalists in his post-match press conference.

Given the political context, their eight-month official break from football and their incapacity to make transfers, Dynamo was regarded as the outsider in the confrontation with Fenerbahce. After the 0-0 draw in Lodz, the Turkish side was at -500 to qualify, with Dynamo at +270.

Olympiacos, out in shock 4-0 defeat vs Maccabi Haifa

The Greek champions went out of the Champions League early in the season after getting beaten 4-0 on home soil by Maccabi Haifa from Israel. Olympiakos drew 1-1 in the first leg and was hoping to build on the result to qualify. It didn’t go according to plan, as Maccabi proved superior at all levels.

Ferencvaros recovered a 2-1 home deficit and won 4-1 against Slovan Bratislava in Slovakia to progress, while last season’s Champions League surprise pack, Sheriff Tiraspol, also went through after a 1-0 win on aggregate over Maribor of Slovenia.

The next preliminary round in the Champions League takes place on 2/3 August (first leg) and 7/8 August (second leg).