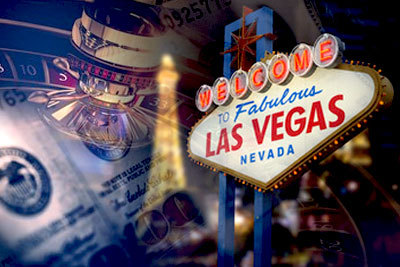 The US state of Nevada has posted its 20th month in a row with revenues exceeding a billion dollars. October saw a take of $1.28b with at least two broken records in the process.

During and after the great recession but prior to the world health emergency, Macau was the world’s gambling mecca that consistently set new records while the original favorite gambling destination, Las Vegas, struggled. Covid was not the only “force of nature” that changed the balance – the Chinese government began a crackdown on “corruption” a few years ago that saw high rollers avoid some of the invitation-only gambling rooms of Macau.

The tables have turned for US interests, and the final analysis largely comes down to VIP players versus mass gaming customers. VIPs, via the junket market in Australia, have also dropped their contributions to local coffers with Crown Resorts posting a $945 million loss for its fiscal year ending June 20 – the first full financial results since Blackstone bought the former Packer property while it was under investigation for money laundering crimes and other reporting failures.

Nevada gaming revenue was up 4.9 percent over October numbers from last year and 2.4% higher than the previous month this year.

Slots were the biggest money maker with monthly revenue of $877.3m for October, up more than 10% over last year’s October numbers.

Sports betting revenues were up nearly 18% with mobile (app) sports bets accounting for nearly half the action at $27.4m of the total of $56.9m total take. A good part of the sports revenue came from the new football season that started in September.

Downtown casinos took in more money in October than any month in history with gross gaming revenues of $90.4m, a 19% increase and beating the previous record of $86.4m that was set in March 2022. The Downtown take has increased by 6.1% so far this year.

The Strip cooled a bit from approaching records with a little over one-half of a one percent increase month to month but still more than 30% higher than pre-pandemic numbers for October 2019.

Michael Lawton, the senior economic analyst for the Nevada Gaming Control Board, said the stagnant numbers for the Strip were down to a normalization of poker revenues due to the World Series of Poker event being held in the summer this year rather than in the fall – and – owing to a significant drop in baccarat revenues as well as lower returns from other table games.

“The Las Vegas Strip was flat due to game and table win decreasing primarily due to lower baccarat win totals as a result of lower volumes and hold,” Lawton said. “Additionally, poker was down significantly due to the World Series of Poker being held last October compared to June and July this year.”

In the month of October, Eddie Vedder, Usher, Van Morrison, and Panic at the Disco performed while other crowd pleasers included two home games for the Las Vegas Raiders and NASCAR with the South Point 400.