Del Mar opens its 83rd season of racing Friday with boosted purses, the customary opening-day sellout crowd and a sellout field of 14 for the meet’s first feature: the Oceanside Stakes. 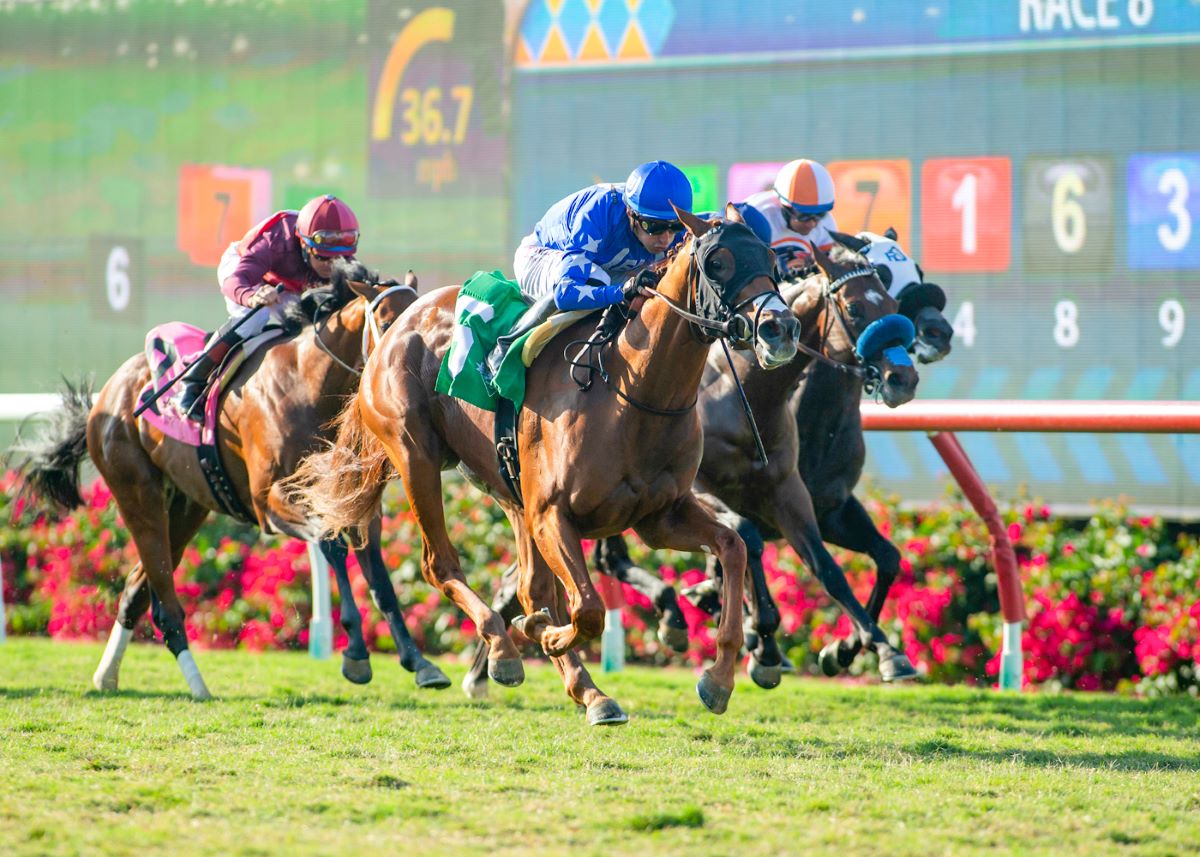 Lost to history and time is the Hollywood flavor the seaside track enjoyed from the moment Bing Crosby took the first fan’s ticket on the track’s 1937 opening. Gone are the days of Crosby, Desi Arnaz (who owned a home near the track), Pat O’Brien, Mickey Rooney, Betty Grable, W.C. FIelds, Ava Gardner and Jimmy Durante holding court for the paparazzi of their day. Durante was such a presence that the turf course now bears his name.

No matter. As Saratoga is to East Coast horseplayers and fans, so sits Del Mar for West Coast fans, yards from the Pacific Ocean. The sold-out crowd is limited to about 22,000, due to COVID restrictions.

That doesn’t count the skydivers plunging down, part of the opening day festivities. Those festivities usher in a 31-day meet featuring 34 stakes races with a record $8,275,000 in purses.

Strong field sizes are a boon to bettors

Two of the six Grade 1s on the 2022 calendar enjoy purse increases. Those are the six-furlong Bing Crosby Stakes and the filly and mare turf route Clement L. Hirsch Stakes. Both climb from $300,000 to $400,000.

This is a boost for Southern California racing, which has suffered through small fields over the last several years. Jerkens and his staff worked at enhancing this through its Ship and Win program. That program, beginning its 12th year, offers incentive bonuses for out-of-state horses coming to Del Mar. Last summer, this brought 160 invaders to Del Mar. Those shippers started 200 races.

As for Friday’s Oceanside Stakes feature, that capacity field of 14 will travel a mile on the Jimmy Durante Turf Course. Leading that parade is Doug O’Neill’s Mackinnon, last year’s third-place runner in the Breeders’ Cup Juvenile Turf held on this Del Mar course. He’s 3-for-8, coming off a runner-up finish in the El Camino Real Derby 5 1/2 months ago at Golden Gate Fields.

You’ll also see Irish-bred gelding Balnikhov. He came to trainer Phil D’Amato’s barn after going 3-for-4 in Europe. He has yet to win on this side of the Atlantic, posting a pair of seconds in stakes races: the Singletary Stakes at Santa Anita in April and the Grade 2 American Turf at Churchill Downs on Kentucky Derby Day.

Last out, however, Balnikhov stumbled to a fourth out of five in the Black-Type Cinema Stakes. That came over 1 1/8 miles as the 3/5 favorite, sending D’Amato back to the drawing board. He’s removing the blinkers and shortening Balnikhov back.

Miller returns after an eight-month break from training. Last November, he gave himself his own “freshening,” pulling away from his barn. He returns with nine Del Mar training titles in tow.

Del Mar’s season runs through Sept. 11. It opens with a three-day weekend card before segueing into four-day slate for the next five weeks. The penultimate week offers five days of racing ending on Labor Day. The final weekend runs Sept. 9-11.