Torino’s summer camp does not go according to plan. At least that’s what’s left to be understood from this video shot in Austria, where the team is camped for pre-season preparation. 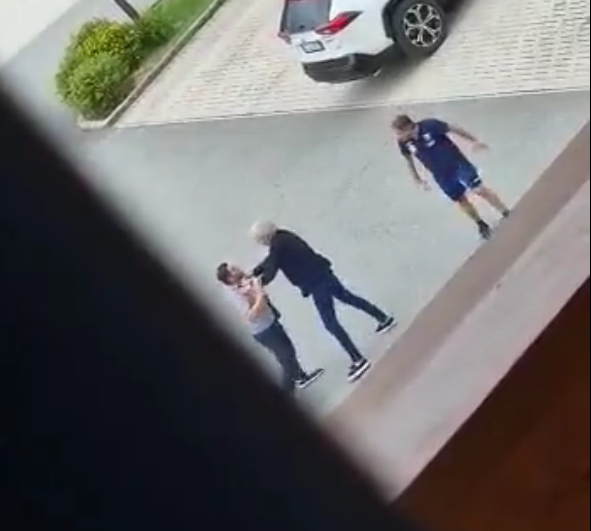 Unhappy with the lack of signings at the club during the transfer window, head coach Ivan Juric spoke to the club’s hierarchy. That infuriated Davide Vagnati, the sporting director, who took Juric’s complaints personal. The pair was filmed screaming at each other before a third person came between them as the conflict went close to becoming physical.

“If you go to the president without telling me it means you don’t respect me,” Vagnati is heard shouting, while Juric tries to walk away. “Leave me alone, get the f*** away! You want to do everything. Imbecile!” the coach is heard saying back. The verbal exchange went on for seconds. The filming stops right as the third Torino employee enters the scene to stop a physical confrontation from taking place. According to sources in Italy, one of the team’s players is suspected to have leaked the video to the media.

Torino finished the 2021-22 Serie A season in 10th place. The club aims at taking a step forward this year to become a European contender.

A shock top four finish for Torino that would allow them into the Champions League group stage is now at +2200. Fancy a bet on the underdog? Torino winning the Scudetto is at a huge +50000. The odds are lower for Torino getting relegated at +1000, though.