Although the NFL sought at least a one-year suspension against Deshaun Watson, the Cleveland Browns quarterback will only serve a six-game suspension for violating the league’s personal conduct policy stemming from his sexual misconduct against numerous massage therapists while he was employed by the Houston Texans. 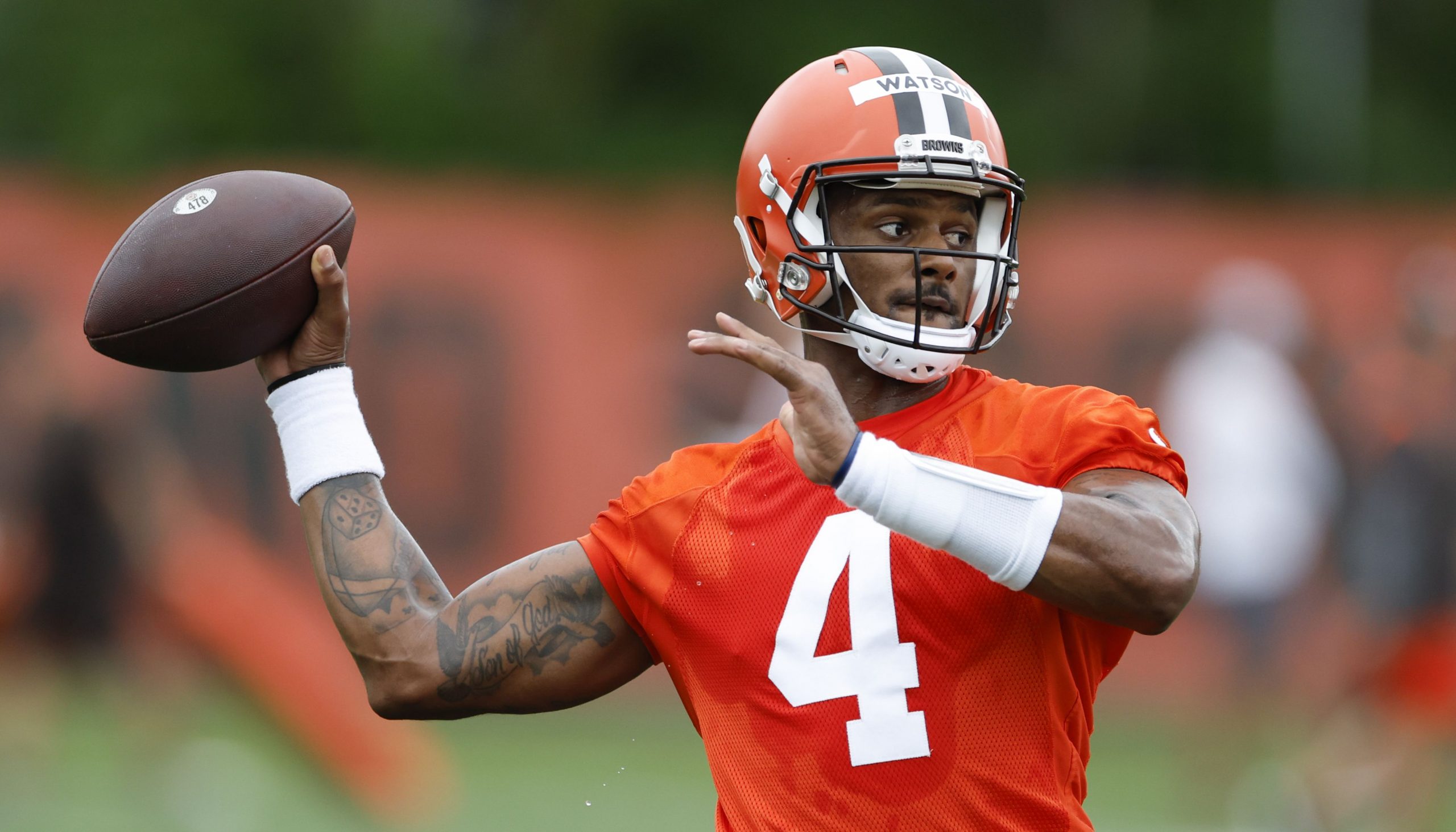 Deshaun Watson, the quarterback of the Cleveland Browns, drops back in a passing drill during training camp. (Image: Getty)

Watson was never charged with any criminal wrongdoing, but he was the subject of 25 civil lawsuits from former massage therapists who cited inappropriate conduct and sexual assault between March 2020 and March 2021. One lawsuit was dropped and 23 were settled out of court, including three in the last 24 hours.

According to the NFL’s personal conduct policy, Watson will serve a “baseline suspension” without pay of six games, with consideration given to any aggravating or mitigating factors.

The NFLPA and Watson won’t appeal the suspension. The NFL has three days to appeal, otherwise, the six-game suspension will stand.

While the NFL and Watson awaited Robinson’s ruling, they were engaged in negotiations about a potential punishment. The NFL wanted an indefinite suspension with a minimum of one year and an $8 million fine. Watson’s attorneys believed he shouldn’t miss any time since he was never charged. Although players don’t have to be charged with a crime, they can still serve a suspension under the NFL’s conduct policy.

Watson is allowed to play in preseason games and participate in training camp. He can’t be a part of any team activities for the first half of his suspension, but he will be allowed back to the team facility in Week 4.

Watson can play in Week 7 when the Browns visit the Baltimore Ravens in an AFC North divisional matchup. Week 8 will mark the first home game in Cleveland for Watson against the Cincinnati Bengals.

The San Francisco 49ers are shopping quarterback Jimmy Garoppolo, and the Browns are one of the betting favorites to acquire Jimmy G in a trade. There’s been rampant speculation that the Browns would add Jimmy G to the roster if Watson was suspended for a year. With Watson serving just a six-game suspension, the Browns will instead stick with their current backup Jacoby Brissett for the first six games.

The Browns start the 2022 season with four home games and two road games. They open the season on the road against the Carolina Panthers and then face the Falcons in Atlanta in Week 4. The Browns host the New York Jets, Pittsburgh Steelers, LA Chargers, and New England Patriots over the first six weeks of the season.

Watson sat out last season after he asked the Houston Texans to trade him. They waited until this offseason to finally deal him. The Atlanta Falcons and Carolina Panthers were in a bidding war to acquire Watson from the Texans, but the Browns swooped in at the last minute and acquired him for three first-round picks plus a third-rounder and a fourth-rounder.

Oddsmakers made adjustments to the NFL futures board based on the Watson news and the six-game suspension. The Browns are the third-favorite on the board to win the AFC North, but they saw a slight bump from +275 odds last week to +230 odds this morning.

The Cincinnati Bengals won the AFC Championship last season, but lost to the LA Rams in Super Bowl 56. With a much harder schedule this season, the Bengals opened as second-favorite on the board at +190 odds to win the AFC North in back-to-back seasons. Their odds slipped a bit to +210. The Baltimore Ravens were installed as the consensus betting favorite to win the AFC North, but their odds barely saw a blip of movement from +160 to +165 this morning.