Manchester City is set to look at other transfer market opportunities after Brighton refused to lower their $61 million asking price for Marc Cucurella. 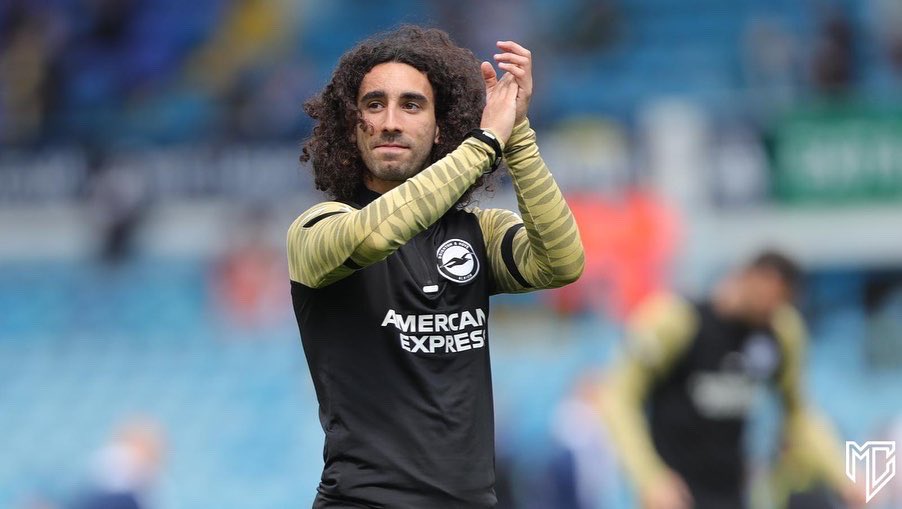 Marc Cucurella has impressed in his 12 months at Brighton. (Image: twitter/cucurella3)

City are still keen on the player, but made it clear there’s no chance that such a high demand would be met. According to The Athletic, the latest City bid for Cucurella went as high as $48 million on Friday.

Cucurella, a 2021 signing from Getafe, had a consistent first season in Brighton. He played a total of 38 games, scoring once and assisting two goals. He had remarkable stats in the attack and defense as well, including tackles and passes in the opponent final third. Cucurella was voted Brighton’s ‘Player of the Season’. The club paid Spanish side Getafe $18 million before the start of the previous campaign to land the Barcelona Academy graduate, who proved an instant hit in the Premier League.

The 24-year-old submitted a transfer request, trying to force his move to City, but Brighton didn’t seem impressed, as the club’s board insists he won’t move for less than their current valuation. Cucurella wasn’t involved in Brighton’s 5-1 win over Espanyol in a friendly on Saturday.

City allowed Ukrainian left back Oleksandr Zinchenjo to join Arsenal this month, looking for an upgrade for the position. The Premier League champions added Erling Haaland, Kalvin Philips and Julian Alvarez to their ranks.

Cucurella would be a massive upgrade on Zinchenko left back based on the stats below.

Manchester City sits at the top of the favorites’ list to win the 2022-23 edition of the Premier League. It would be the third consecutive league triumph for Pep Guardiola’s boys and their fifth in six years. City sits at -200 to win the Premier League, ahead of Liverpool at +220. Chelsea is regarded as an outsider in the title race at +1300, with Tottenham behind at +1400. Manchester United is even further away at +2500.